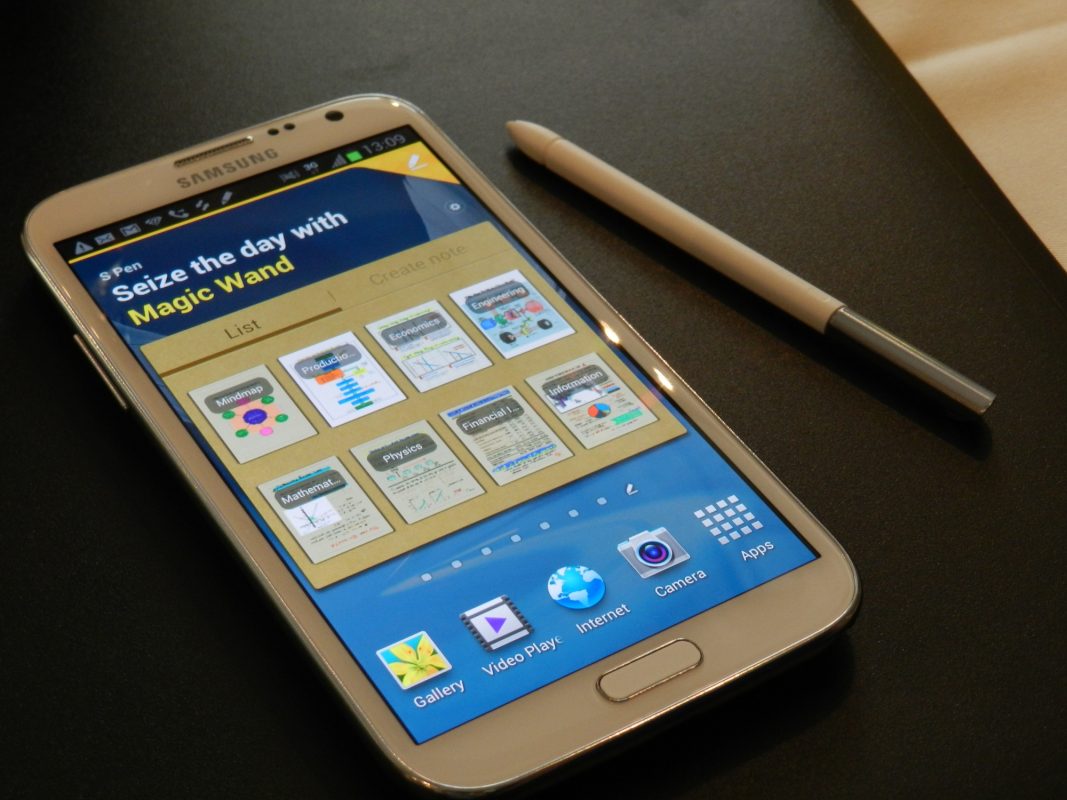 Samsung officially took the wraps off its next-generation Galaxy Note today with the introduction of a bigger-and-faster Galaxy Note 2. While it is not a huge departure from the previous generation, the new device packs a larger 5.5-inch HD Super AMOLED display while introducing an even slimmer frame at just 9.4mm.

While the majority of Samsung’s presentation focused on the new redesigned S Pen and features, it also made a point of explaining its goals for the device. Samsung said its device included three emerging customer desires: Better & Faster Discovery, Advanced Multitasking, and Free Capture & Expression.

To meet goals for the Galaxy Note 2, Samsung introduced a number of new features mainly geared to faster multitasking and creative expression using a new, longer S Pen that sports a better grip and rubber tip. On top of being greeted with a contextual page for performing multiple tasks upon pulling out the S Pen, it now includes a previewing tool called “Air View” that is accessible in many apps. So, when hovering over videos from your videos app or photos from the redesigned gallery app with the S Pen, a preview will now pop up within the same window. The feature is further useful for visually searching a scene within a video without stopping or losing your place.

One other interesting new S Pen feature allows you to quickly enter a command using the S Pen. Holding the Pen’s button and drawing a line up activates the feature and provides a new dialog where you can jot down, for instance, “@Jason”. This could then open the email app with your contact details for Jason preloaded.

A few of the non-S Pen specific features include Best Face, which allows you to select multiple facial expressions from each person in a continuous group shot, new drag-and-drop smart folders in the redesigned gallery app, and a Screen Recorder for recording video and audio from your device. Another new S Pen feature: the ability to receive notifications and vibrations to help you locate a lost S Pen. You can even jot on the back of photos, freely outline, crop, and share any image (including some third-party apps).

There were many enhancements also made to previous, popular S Pen features. For example: the Pop-up Play feature now allows you to resize the video screen and pause while multitasking, while S Planner and S Note are integrated with Facebook to create birthday cards, for instance. In addition, Samsung announced it would roll out the S Pen SDK, version 2.2, so developers could integrate many of the new S Pen features into their apps.

The Galaxy Note 2 will hit 128 countries in October with over 260 partners.