Samsung’s Galaxy Camera unveiled: Everything you love about Android in a point-and-shoot camera (hands-on!) 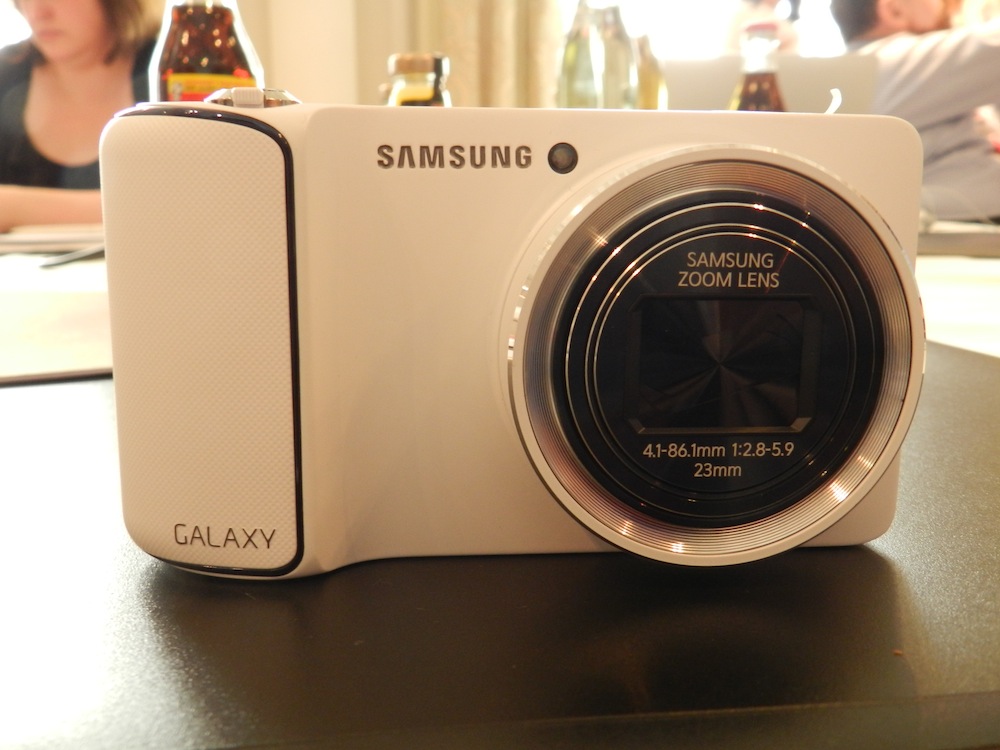 With Nikon and Polaroid getting ready to launch their Android-powered cameras as early as September, Samsung officially unveiled its entrance into the market today in Berlin with its first dedicated point-and-shoot running Android. While recent rumors pointed to the possibility of a device with specs close to those announced for Nikon’s Coolpix S800c, Samsung unveiled a 4.8-inch device with specs closer to its own Galaxy S III.

We were able to get some hands-on time with the device and were quite impressed…to say the least. Put simply, the Galaxy Camera is everything you love about an Android device in a quality point-and-shoot camera (minus voice calling). It includes full Google Play access, Wi-Fi/3G/4G (HSPA+), and voice control on a full-sized display like the Galaxy S III.

More specs below and hands-on BELOW:

-Up to 7 hours battery life

A few of the notable non-Android specific features: The device will automatically backup photos to the cloud instantly after capturing. The Galaxy Camera also builds in the same Share Shot feature as the Galaxy S III that allows it to connect wirelessly to other Galaxy Cameras and smartphones to instantly share photos. The main camera mode also provides a number of auto-shoot modes like casual, Smart Pro, and Expert for adjusting detailed settings.

Apart from the ability to create smart folders, tag faces, and search for photos and video, the device sports 35 editing features within its “Photo Wizard”. Some of the editing options include brightness, color adjustment, contrast, and easy one-tap effects like filters and enhancements.

Also included: Smart, one-tap portrait settings, such as “out of focus,” and a Photoshop selection tool that allows you to crop and edit a specific section of a photo. One feature, which is available in the just-unveiled Galaxy Note 2, is “Best Group Pose” for selecting the perfect facial expression per person in a continuous group shot. We first saw this tech make its way to phones courtesy of Scalado.

As for release dates and availability, Samsung did not go into details.