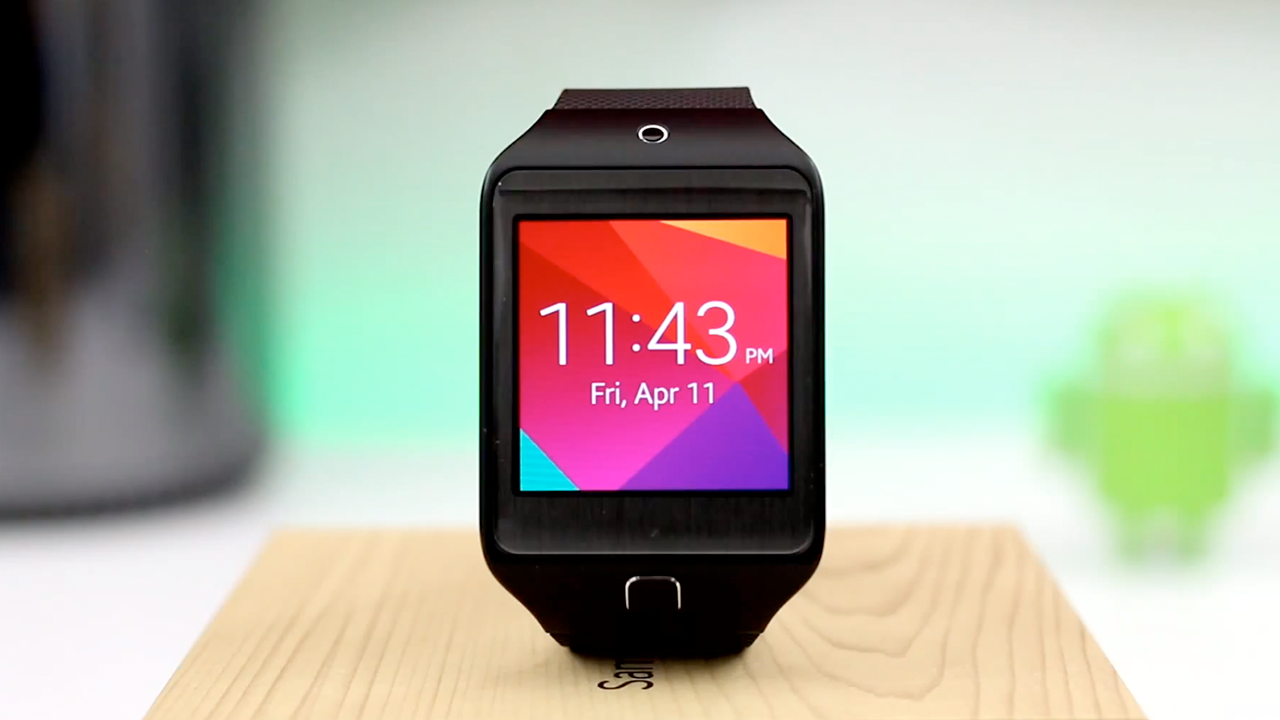 We’ve got our hands on another one of Samsung’s latest smartwatch offerings. After taking a closer look at the Gear Fit, we’re checking out Samsung’s mid-range smartwatch option. The Gear 2 Neo is a slightly scaled back version of the Gear 2, but overall there aren’t many differences between the two.

The Gear 2 Neo has an all plastic design, but that’s not necessarily a bad thing. It’s equip with a 1.63-inch Super AMOLED display with a resolution of 320 x 320, a 1GHZ dual-core processor, 512MB of RAM, and 4GB of internal storage. It’s also important to note that the Gear 2 and Gear 2 Neo are running Samsung’s Tizen OS instead of Android. The only major differences between the Gear 2 and Gear 2 Neo are found on the front of the watch. The Gear 2 has a metal face with a side-shooting camera, while the Gear 2 Neo has a rubberized plastic design. Both devices feel durable and feature the same IP 67 dust and water resistance rating.

Aside from its build quality and lack of a camera, the Gear 2 Neo is probably the best smartwatch option from Samsung if you’ve been thinking about purchasing one of them. The Gear 2 Neo is priced at $199 and is available online and in stores. Take a look at our Gear 2 Neo hands-on video below to find out more.