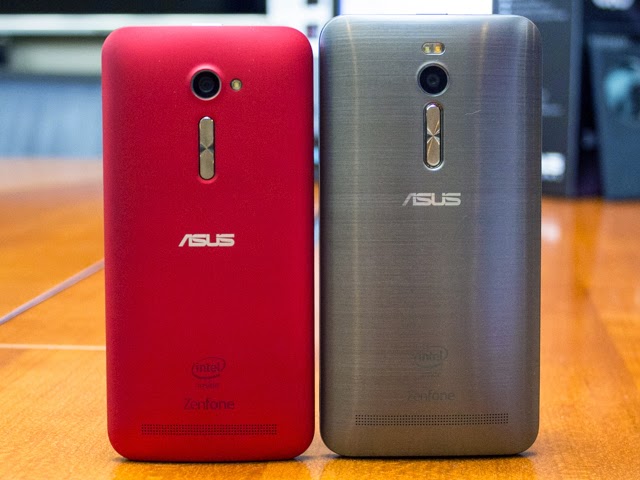 New photos have surfaced this morning showing what is purportedly the 5-inch variant of the ASUS Zenfone 2. This device has been rumored for quite some time, but now we have some tangible evidence that it’s likely a legitimate part of the Zenfone 2 lineup. The Taiwanese company announced the Zenfone 2 at CES 2015, but only showed off a model with a 5.5-inch screen.

The physical appearance of this 5-inch model isn’t a drastic departure from the other, but there are a few minor differences. Of course, the device is a bit physically smaller overall, but it’s also apparent that ASUS has moved from a dual-LED flash located above the camera lens to a single-LED flash that’s located to the right. Interestingly, the ASUS logo also appears to be located closer to the center of the device.

As for specs, this phone is expected to be a bit less capable than its bigger (and more expensive) brothers. The device is expected to have a 720p display, 2 GB of RAM, LTE support, and Android 5.0 Lollipop on the software side. And as for the price tag, it’s likely going to fit into that $199 slot that Asus touted at CES.

I got a chance to get my hands on the Zenfone 2 at CES, and I was fairly impressed with the specs that these pack for the price. Sadly, it looks like the rock-bottom $199 price tag that seemed to make this device so attractive at CES might be going to this lesser 5-inch model.