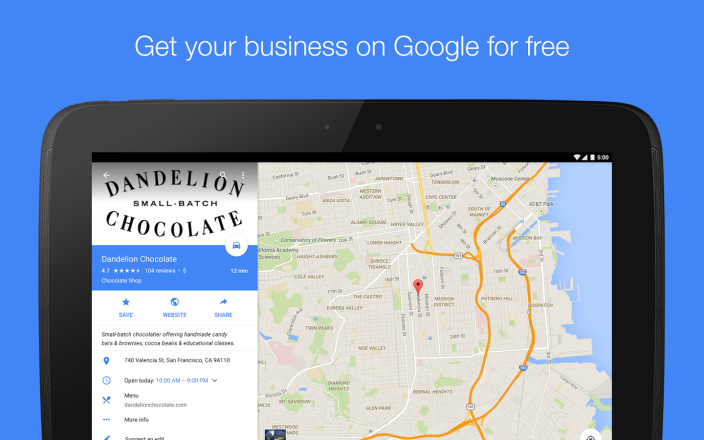 First off, Google’s editing suite of Docs, Sheets, and Slides has been updated with the ability to approve or reject changes that other people make to your documents. When you share a document with someone and give them the “can comment” level of access, any changes they make will have to be approved or rejected by you. With today’s update, Sheets also gains the ability to move, receive, and delete charts, while in Slides you can now reorder objects to the front or the back. The updates are available on the Play Store now for free.

Next, the Google My Business app has been updated to version 2.0. The update includes a Material Design overhaul that will make the app fit in with Google’s recent design trend. There’s a new action bar, navigation bar, and a plethora of animations. The update also lets users set custom date ranges for viewing analytical data. For those unfamiliar, Google My Business is an app that allows small business owners to track engagement on Google+.

Also today, Google has released the Android for Work app to the Play Store. Android for Work was announced back at Google I/O 2014 and is Google’s platform for including two accounts on Android devices, one for work and one for personal usage. The feature is built into Lollipop, so this app only really applies to Jelly Bean users. It’s available on the Play Store for free.

All of today’s updates are available on the Play Store now for free.