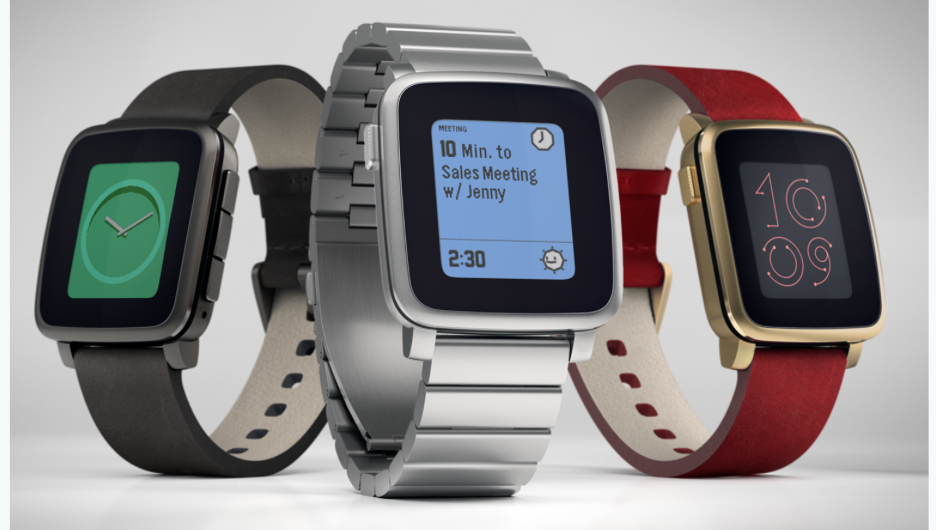 Pebble has updated its Kickstarter page, advising that the first batch of Pebble Time smartwatches will begin shipping on 27th May, and that all orders placed through Kickstarter will ship by mid-June.

Great news: the first batch of Pebble Time shipments are scheduled to go out Wednesday, May 27. With things moving along at this rate, we expect all Pebble Time Rewards to be manufactured by the end of the month […] Every backer with a Pebble Time included in their selected reward tier should receive a tracking number from us by mid-June.

Despite raising $20M from the Kickstarter campaign, however, TechCrunch is reporting that the company is having trouble raising additional funding “in order to stay afloat” …

The site reports “sources close to the company” saying that Silicon Valley venture capitalists have been turning down requests for new capital, and says the company has turned to a bank for a $5M loan and $5M line of credit.

The smartwatch market is becoming increasingly competitive of late, with last month’s Apple Watch launch getting all the attention, the Cupertino company’s wearable reportedly selling more units in the first 24 hours than all Android Wear watches ever sold.

A new Pebble Time Watch app will also be available next week for both Android and iOS. This app will be exclusive to the Time models, and is demonstrated in the two videos below.

Pebble says it has abolished the previous limit of eight apps, the watch storing as many as it can in its own storage and downloading the rest from your phone on demand. You can drag-and-drop to set the order in which the apps appear on your smartphone, and that ordering will be mirrored on the watch.

The second shows the three different ways to choose the active watchface:

The Pebble Time was fully funded in the first 30 minutes of its Kickstarter campaign back in February, with a metal version, the Pebble Time Steel, announced a week later.