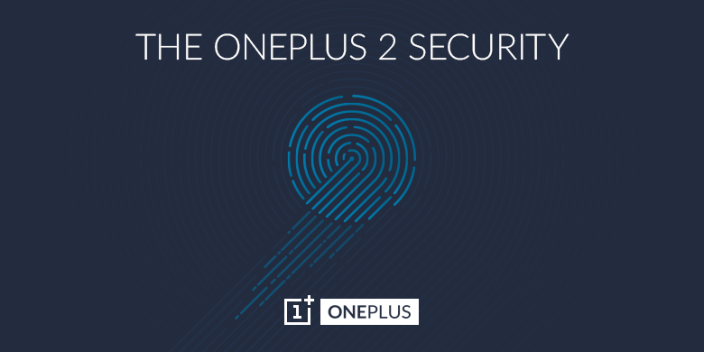 OnePlus, in its parade of announcing each and every specification of the upcoming OnePlus 2 flagship in separate posts, has announced today that the phone will sport a fingerprint sensor. It was a much-rumored feature of the device (and will probably be coming to the upcoming line of Nexus devices as well, thanks to official support in Android M), and now it’s confirmed.

We told you earlier today about a couple of photos that leaked showing — appropriately — a fingerprint sensor on the back of a device that could potentially be the next OnePlus phone. That device has a metal build, a wood back cover, and appears to have bezels on the top and bottom that just about as thin as razors.

Other OnePlus 2 specs that have been announced up to this point include its Snapdragon 810 processor, and its USB Type-C port for charging and data syncing. Additionally, Carl Pei has mentioned that the phone will cost more than $322, and that it will be officially announced by way of a special virtual reality press conference on July 27th.

With the OnePlus 2, the fingerprint sensor is done right. It’s refined and lightning quick, unlocking your device faster than TouchID. The average person checks their phone over 200 times per day. If you spend just three seconds inputting a PIN number or pattern, that’s over an hour of your time gone each week.

On the OnePlus 2, one quick tap takes you right to your homescreen. With the ability to store up to five fingerprint profiles, it’s fast, it’s safe, and it’s secure. Your smartphone is your most personal device, and its security should be personal, too.

With Android M, Google is introducing official support for fingerprint sensors. While Samsung and other manufacturers have long been building their own solutions, Apple has benefitted from a unified ecosystem through developers who have taken advantage of Touch ID. And with Google adding support for these sensors in Android M, it seems likely that the company would — as usual — use its Nexus line to demo the technology.