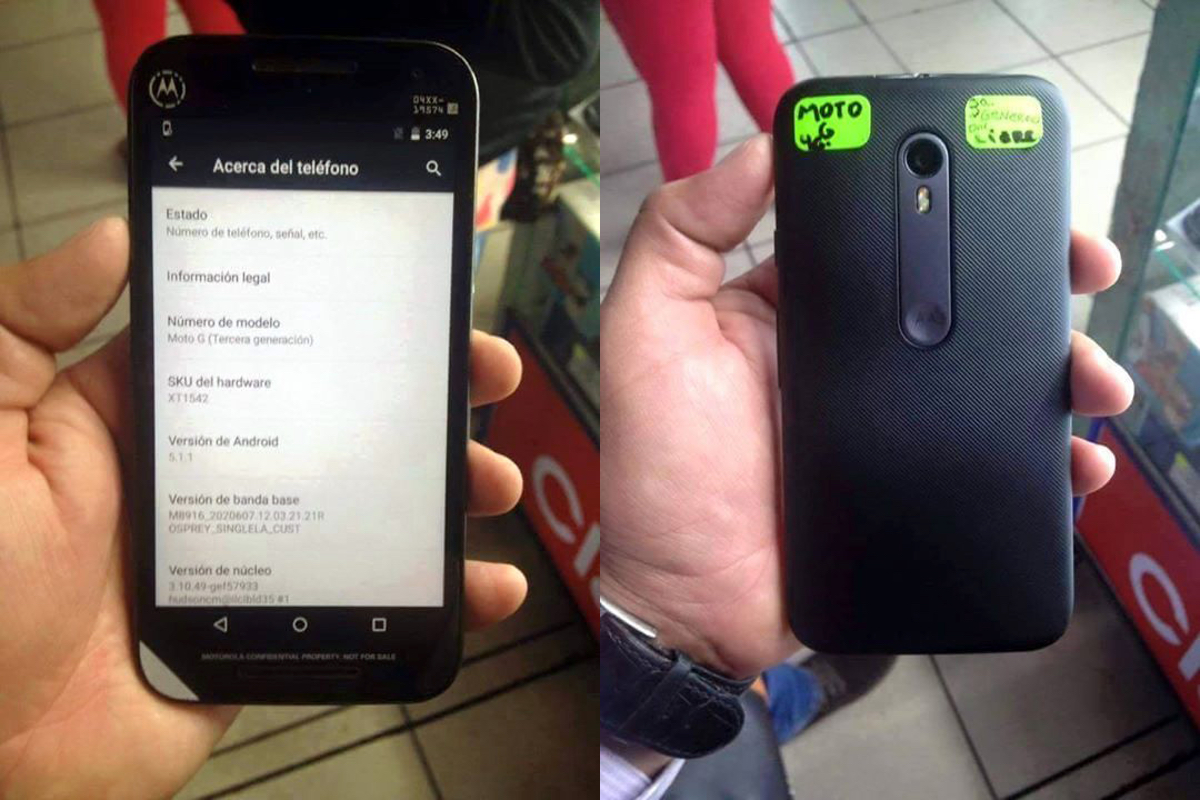 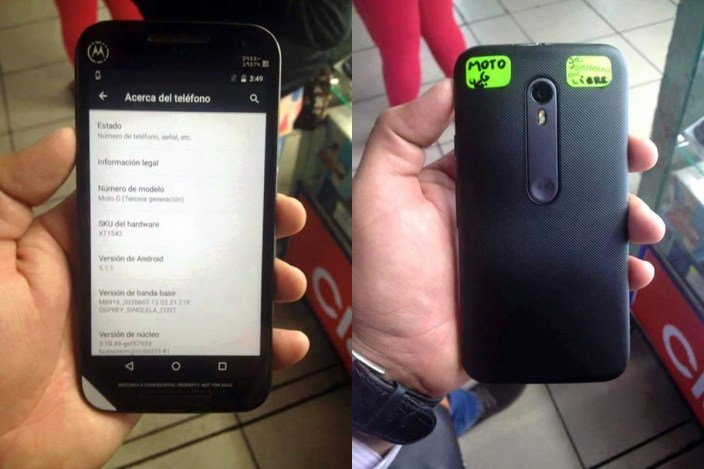 Motorola is preparing to refresh its lineup of Android smartphones and will do so with the new Moto G, Moto X and a couple of Droids if recent rumors and leaks hold any weight. While we’re waiting for the official announcement, a handful of new images have shown up on a Facebook page clearly showing what appears to be the 2015 Moto G.

According to the leak, this is one of the pre-release final test models. The post claims the device features a Snapdragon 410 processor, 2GB RAM and runs Android 5.1.1 (as seen on the settings screen above).

Pictures of this prototype virtually confirm everything we suspected about the next mid-range smartphone from Motorola. Especially from an aesthetic perspective. It has the long pill-shaped housing for the camera and Motorola dimple on the back and a shape which is very similar to the current Moto lineup. The one thing this can’t confirm, however, are reports that Moto G will be available to customize on Moto Maker for the first time. 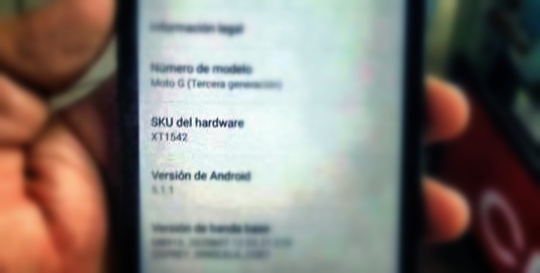 There is one important — and easily ignorable — piece of information on these leaks that throw them in to doubt somewhat. On the settings screen you’ll see SKU number XT1542. Do a quick Google search on this model number and you’ll discover articles and leaks of the upcoming Moto X, a phone which is expected to have a 5.2-inch QHD resolution screen. As shown off in an early leak at GSMArena. It’s a curious leak, to say the least. Previous leaks suggested that the Moto G would have SKU number Xt1543. 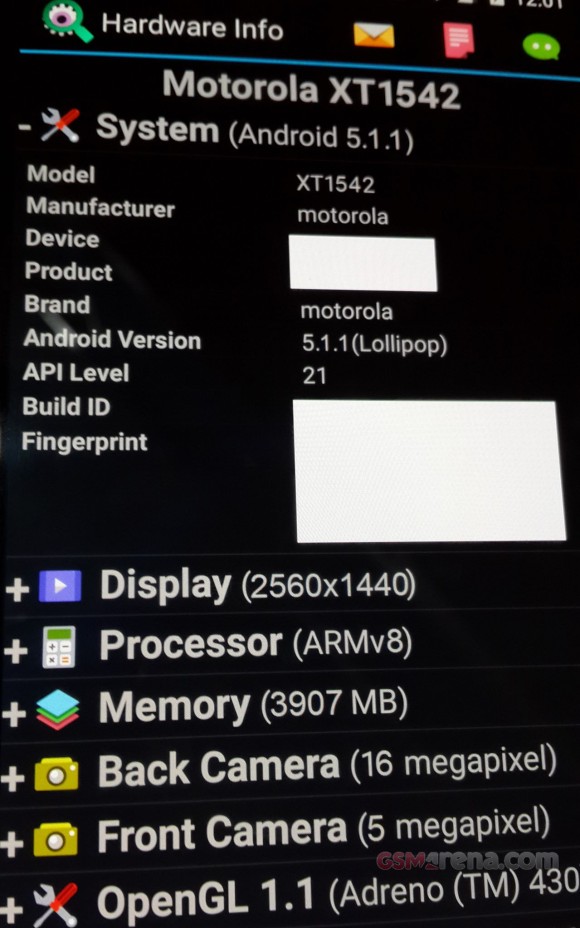 There are several explanations for this. One that comes to mind for me is the leak which I recently called ‘sketchy’, with the Moto X “Sport”. It’s lack of metal means it doesn’t really look like a Moto X. Perhaps this is the rumored ‘Sport’ model. Or, perhaps Motorola has disguised its appearance to look different to the finished article. Perhaps – even – this Moto G prototype just has the wrong SKU in its software somehow.

It’s all speculation for now, but this is probably our best look yet at an unreleased Motorola phone. I just wish we knew for sure which Moto it was.