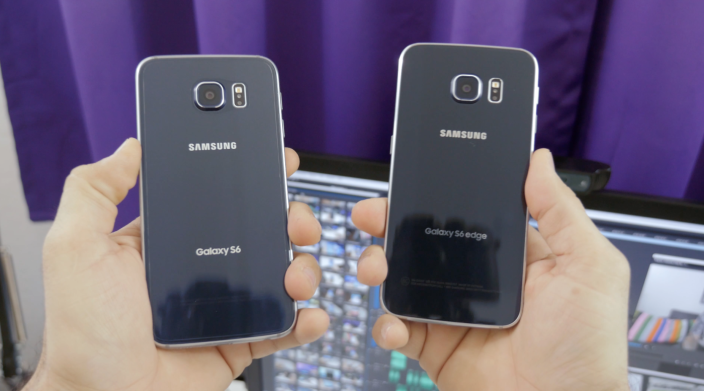 After releasing its guidance earlier this month, Samsung this evening has disclosed its full earnings for second quarter of 2015. The company reports an operating profit of $5.9 billion with revenue of $41.5 billion. In the year ago quarter, Samsung reported operating profits of $6.17 billion.

Delving into more detail, Samsung’s mobile business reported operating profit of $2.37 billion on revenue of $22 billion, both of which Samsung says are up from the first quarter of 2015. The growth, the company says, is due to sales of its two new flagships, the Galaxy S6 and Galaxy S6 Edge. Samsung notes, however, that the numbers would have been slightly higher had to not been for supply difficulties relating to higher than expected demand for the Galaxy S6 Edge.

Regarding tablets, Samsung says that the market is expected to shrink as we had into the second half of 2015, which lines up with IDC data from earlier today. Despite this, however, Samsung says it has a new tablet product scheduled for later this year. Samsung also expects the smartphone market to grow as 2015 progresses, albeit at perhaps a slightly slower pace. Samsung also teases it will launch a new product with a larger screen.

In 2H 2015, the smartphone market is expected to grow YOY; however, the growth rate is expected to slow down. The Mobile Business plans to firmly maintain its sale of premium smartphones by flexibly adjusting the price of the Galaxy S6 and S6 edge, and launching a new model with a larger screen. Supply issues concerning the Galaxy S6 edge have been addressed. Moreover, the IM Division plans to enhance efficiency across the board, including product line-ups, marketing and R&D.

Samsung’s full earnings press release can be read below:

The overall QOQ improvement in earnings was largely due to strong sales in the Semiconductor Business, led by memory products and mobile application processors, as well as the Consumer Electronics (CE) Division which benefited from the launch of new TV models. Despite the launch of Galaxy S6, improvement to earnings was quite marginal due to low smartphone shipments and an increase in marketing expenses for new product launches.

While 2H 2015 is expected to present mounting challenges, the company will try to improve earnings, as strong seasonality should drive growth in TV sales, while the 14-nanometer foundry business should also see sales growth. Meanwhile, despite risks posed by potential supply increase of LCD panels and premium DRAM products, the Memory Business and the Display Panel segment are expected to register solid earnings. While the IT & Mobile Communications (IM) Division is expected to face a difficult business environment, the sales momentum for high-end products will be maintained by adjusting the price of the Galaxy S6 and S6 edge and introducing new premium smartphone models. New middle- and low-end models will also be introduced, and the IM Division will continue to work on improving efficiency of expenditures.

Capital expenditure (CAPEX) for 2Q 2015 totaled KRW 5.9 trillion, including KRW 3.2 trillion for the Semiconductor Business and KRW 1.1 trillion for the Display Panel segment. Total CAPEX for 1H 2015 was KRW 13.2 trillion, which is approximately a 30 percent year-on-year (YOY) increase. A further increase in CAPEX for 2H 2015 remains under review, and CAPEX will be focused on securing platforms for future growth, such as V-NAND technology, and improving the manufacturing efficiency of display panels.

Despite low seasonality for the Memory Business, earnings remained steady due to an increase in high value-added products for mobile devices and servers, as well as an increase in the average density. Meanwhile, S.LSI revenue increased QOQ, due to increased sales of smartphone components driven by 14-nanometer mobile AP and steady demand for high-end LSI products, such as high-pixel CMOS Image Sensors and DDI for flexible display.

In 2H 2015, overall demand in the memory market is expected to be driven by broader SSD adoption for servers and PCs, as well as the launch of new smartphone models with higher memory density for enhanced specifications. The company will continue to secure profitability by accelerating 20-nanometer DRAM migration, expanding V-NAND supply and continuing 10-nanometer class NAND migration. Meanwhile, the System LSI Business’ revenue is expected to improve compared with 1H 2015, driven by an increase in 14-nanometer foundry revenue, the launch of new CMOS sensors and further entry into the Chinese mobile market. The System LSI Business will look to diversify its customer base and products to solidify its foundation for future growth.

The Display Panel segment posted KRW 6.62 trillion in consolidated revenue and KRW 540 billion in operating profit for the quarter.

Although profitability of LCD panels improved due to increased sales of premium TV panels, such as those for UHD TVs, overall earnings for OLED panels decreased QOQ due to weak seasonality and increased expenditures from ramping up its new flexible display product line.

In 2H 2015, LCD market growth for UHD TV panels is expected to continue; however, risk factors exist including overall over-supply and decrease in demand from TV set makers. The company will look to achieve stable growth in OLED panels by reinforcing product line-ups for the middle- to low-end market, expanding customer base and addressing the demand for new high-end mobile devices. In particular, the Display Panel segment will reinforce the company’s leadership in the flexible display market. In the future, the company will develop new products, such as transparent and mirror displays, to secure new mid- to long-term growth engines. Despite downside risk in LCD panels during the third quarter, the Display Panel segment will strive to maintain profitability levels at par with the previous quarter by improving OLED panel sales.

The IM Division posted KRW 26.06 trillion in consolidated revenue and KRW 2.76 trillion in operating profit for the quarter.

Meanwhile, second quarter tablet shipments slightly decreased due to extended off-season in the market. The tablet market in 2H 2015 is expected to report negative growth YOY; however, the Mobile Business intends to actively respond to market demands with the Galaxy Tab A series and a new product scheduled for later this year.

In 2H 2015, the smartphone market is expected to grow YOY; however, the growth rate is expected to slow down. The Mobile Business plans to firmly maintain its sale of premium smartphones by flexibly adjusting the price of the Galaxy S6 and S6 edge, and launching a new model with a larger screen. Supply issues concerning the Galaxy S6 edge have been addressed. Moreover, the IM Division plans to enhance efficiency across the board, including product line-ups, marketing and R&D.

Despite a stagnant TV market, the VD Business saw improved performance QOQ due to the release of new models, such as the SUHD TV, as well as an expansion of premium products. Meanwhile, the DA Business saw improved performance compared to the previous quarter, thanks to sales of premium and innovative products, such as the Chef Collection refrigerators and Active Wash washing machines.

In 2H 2015, although market demand for TVs is expected to remain at the same level YOY, demand for UHD and large-screen TVs is expected to increase. As a result, the VD Business will expand premium model line-ups including SUHD and Curved TV to mass market products in order to improve profitability. The DA Business plans to increase sale of premium products and actively improve revenue in developed markets, such as North America.