Trade stocks from your phone for free with Robinhood, available on Android now 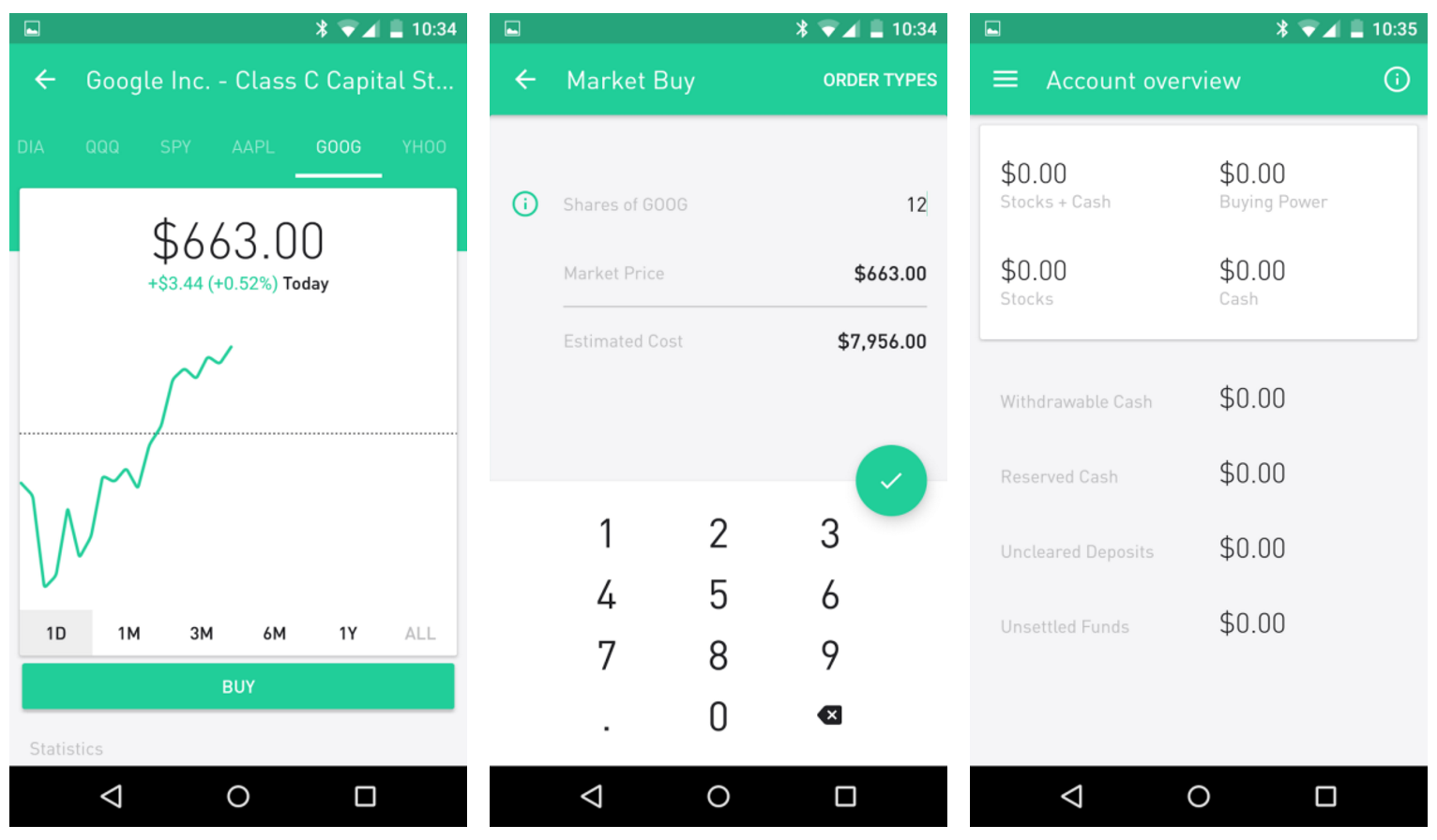 Millennials have a grim financial outlook: It’s harder than ever to pay for college, making many delay settling down and starting a family, and almost half don’t even believe that United States Social Security benefits will be there for them when they retire. Fortunately an app called Robinhood is trying to make financial investment for the future cheaper, right now. The stock investing app launched on Android today after being available on iOS for over a year.

Aside from Robinhood’s slick Material design, the big pitch is that it charges nothing for you to buy and sell stocks. E-Trade, for comparison, charges $9.99 per trade until you start trading in large quantities, and then it only drops to $7.99. For a young adult who’s working on a low salary and strapped with college debt to pay off, $9.99 is probably the whole amount of their bi-monthly paycheck they’d be willing to put into stocks, especially with how volatile they are.

Free trading sounds great, but then how does Robinhood make any money for itself? Interest. The company earns interest both on the money stored in their customers’ accounts, presumably by loaning out a portion of it as most banks do, and also on margin accounts. Just think of margin accounts as borrowing money from Robinhood to trade with — something only skilled traders should partake in, anyway.

After going through a brief approval process which includes providing Robinhood with some basic information about yourself including your social security number and a picture of your photo ID (only available in the United States right now, but coming to Australia soon), adding money to a Robinhood account is as simple as linking a bank account and then telling the app how much you’d like to transfer over.

Everything after that is pretty breezy, too: To invest in a stock or index, tell Robinhood how many shares you’d like to buy (shares are divisible, so you can buy less than one), and then press the green checkmark button to confirm the transaction. An account overview section displays your assets organized by total value of stocks and the cash you have sitting in the account, and from here you can watch the values of your individual holdings fluctuate in real-time — and maybe invest more in one stock when you see it dip briefly. Important documents including account statements and tax forms are also easily accessible from the app’s slide-out drawer.

Since Robinhood is asking to handle your money, the company promises that it uses “state-of-the-art” encryption methods when handling any and all sensitive information. It’s also a member of the Financial Industry Regulatory Authority (FINRA) and the Securities Investor Protection Corporation (SIPC), meaning that accounts are protected for up to $500,000 worth of assets in the event of a breach, and another $250,000 on top of that for plain cash sitting in an account. The company has raised over $66 million in financing from firms including Google Ventures since its founding in 2013, too, so I wouldn’t expect them to just vanish unexpectedly. Robinhood is accountable to its backers, and its backers have public reputations to keep up.

As of this morning, invites to gain access to Robinhood are no longer necessary when signing up through the app. Aside from being a U.S. citizen, you also need to be at least 18-years old (sorry, kiddos!).