At this point, it seems like smartphones are coming to market just about as fast as apps. Today, Nextbit, a team made up of former engineers from Google, Apple, and other well-known names in the tech space, has announced their own smartphone entry. It’s called the Robin, and it packs a beautiful and simple design, great-but-sub-flagship specifications, and a cloud-first user experience… 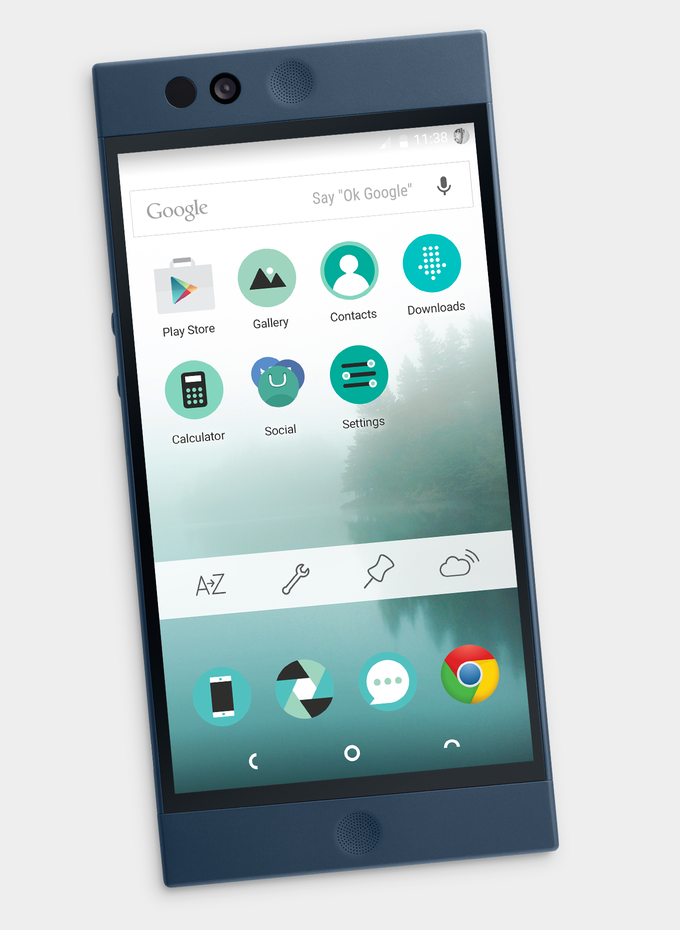 Besides just having good internals and being great to look at, the phone seems to sport its cloud features as the thing that sets it apart. While this might have many implications, the biggest feature that Nextbit is touting is the fact that running out of storage space should be history with this phone. With the Robin, you’ll find that the phone dynamically offloading apps and other content to make room if you’re in a crunch. Bringing them back is just a few taps away.

According to the company’s Kickstarter page:

Robin intelligently adapts to your storage needs, and automatically optimizes the space on your phone when it sees you need it. By learning the apps you use and the space you need, Robin offloads the stuff you don’t use to the cloud. So you can have everything you want (in the cloud), and just what you need (on your phone).

But what about the specs? This phone sports the popular Snapdragon 808, a 5.2-inch IPS LCD 1080p display, as well as 3 GB RAM. You’ll find a 13-megapixel main shooter with phase detection autofocus, a dual tone flash, and a 5-megapixel sensor around front. All of this is powered by a hefty 2680 mAh battery. The phone has 32 GB of onboard storage, but the Robin also brings 100 GB of online storage.

On top of these basics, you’ll find that the phone has NFC, Qualcomm-powered Quick Charging, wireless charging, as well as dual front facing stereo speakers and a fingerprint sensor. Finally, the phone of course sports all of your standard connectivity interfaces like Bluetooth 4.0 LE, a/b/g/n/ac WiFi, support for 4 GSM bands, 5 WCDMA bands, and 11 LTE bands. Around back, you’ll find four — gimmicky or not — tiny lights that let you know at a glance that your phone is connected to the cloud and working properly.

As someone who hasn’t had a chance to really walk through the software yet, I can’t really see many outstanding benefits to this handset over, say, the yet-to-be-announced Nexus 5 or the OnePlus 2. The specs are great, but my initial — and might I say very initial — impression is that the cloud features are a little useless for the average user. I already use tons of cloud services, and my device storage never gets anywhere near 32 GB. I don’t need fancy software to help me out. Add that to the fact that this is a Kickstarter that probably won’t ship for several months at least, and I’m just not that convinced I want one.

If this sounds intriguing to you, though, be sure to head over to Kickstarter and pledge $299 to (hopefully) get one. If nothing else, the phone seems to have Nexus 5 (2015)-level specs and a price tag that’s more than reasonable (although you get bumped to $349 if you wait too long). It’s really pretty, too.