We saw tons of leaks and rumors about the recently-announced Moto 360 2nd generation prior to its announcement, but none of them mentioned that the company had any plans to sell a budget-friendly version of the device aimed at kids. Now we know, thanks to a blog post on a Motorola engineer’s website, that the company did indeed plan to market such a device — a “value tier” Moto 360 made with bright colors. Sadly, the project was apparently cancelled sometime before IFA rolled around…

For the most part, this concept watch looks a lot like the devices we saw announced at IFA last week. As you can see in the images below, however, this watch would have had spring loaded lug bars for attaching and removing NATO bands. The back also would have — theoretically, at least — had actual physical charging contacts in contrast to the Qi wireless charging that is included in the standard Moto 360. This device uses “affordable,” “durable,” and “adaptable” as marketing terms in one of the images.

Perhaps the lower-end model might have cannabalized on sales of the higher-priced Moto 360 models, or perhaps the company simply deemed that there wouldn’t be enough demand for a model like this. Either way, using Android and devices based on Google’s platforms has one clear advantage — choice. In fact, the company uses choice as the driver behind its “Be together. Not the same.” campaign. With a device like this, there would have been more choice. And it’s pretty adorable, too. I’m disappointed. 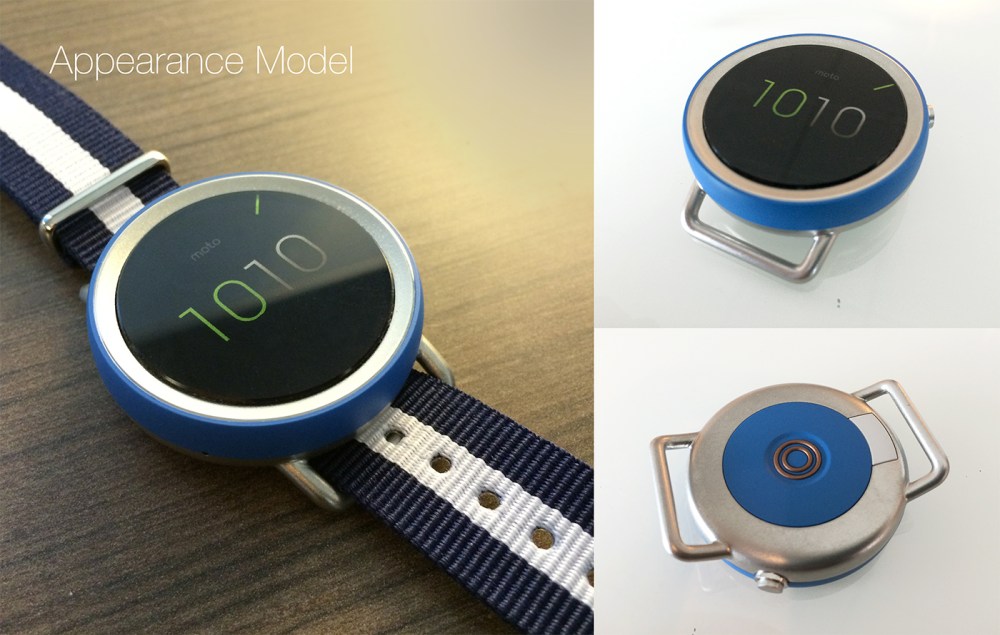 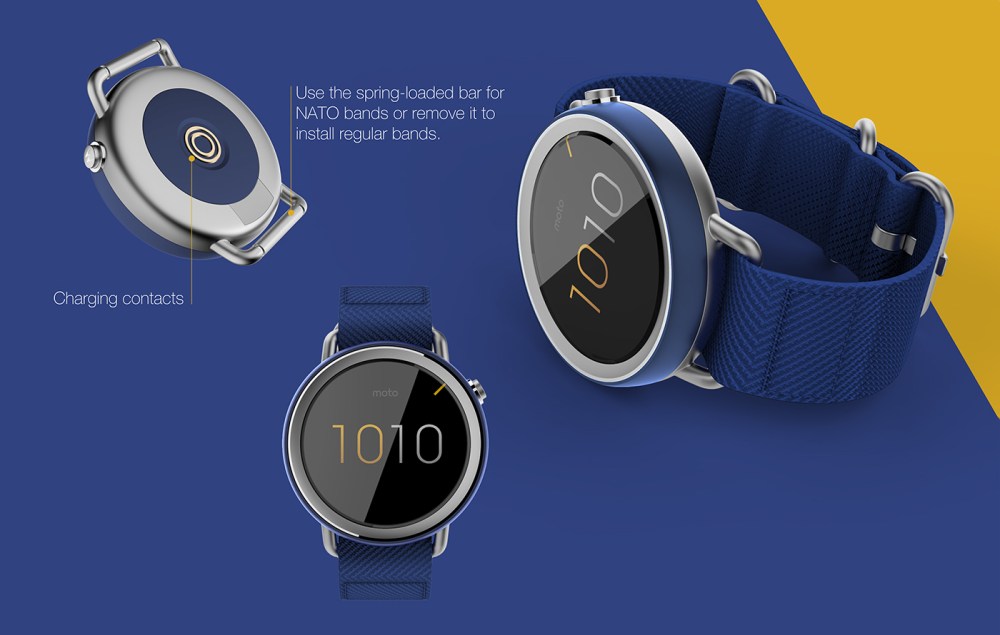