After months of rumor and speculation, the HTC One A9 is finally official. The phone which the company’s chief said can replace an iPhone is a reality. It’s much slimmer and much flatter than its previous all-metal One phones, and comes with a host of impressive specifications…

As had been rumored a number of times prior to today’s unveiled, the HTC One A9 has a solid, unibody metal design, albeit one that’s really slim. The device measures just 7mm thick and has slightly rounded edges and corners to make it feel comfortable in hand, and to make sure you notice how slim it is. Like most metal phones, there are two antenna bands on the back running parallel to each other; one near the top and the other near the bottom. The camera takes center position near the top edge, alongside an LED flash.

On the front, HTC has built in a 5-inch full HD AMOLED display coated with Gorilla Glass 4 which HTC claims gives it great outdoor visibility. On the back, the 13MP camera has optical image stabilization and phase-detection autofocus built in, to make even lowlight pictures look sharp and blur-free. You’ll be able to save images as RAW files, and access a Pro mode to capture photos with more manual controls. The front camera is an UltraPixel sensor to capture 300% more light than conventional cameras. 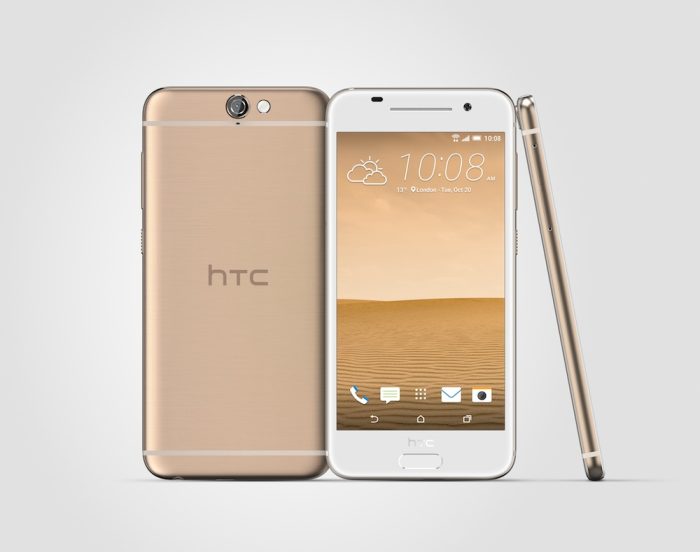 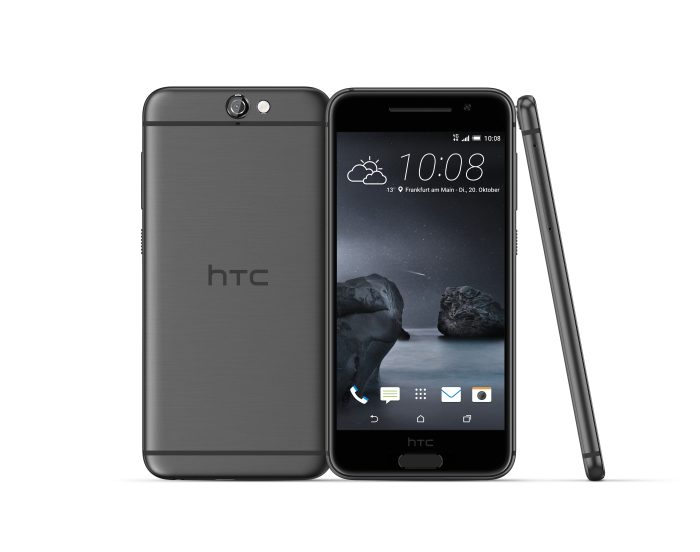 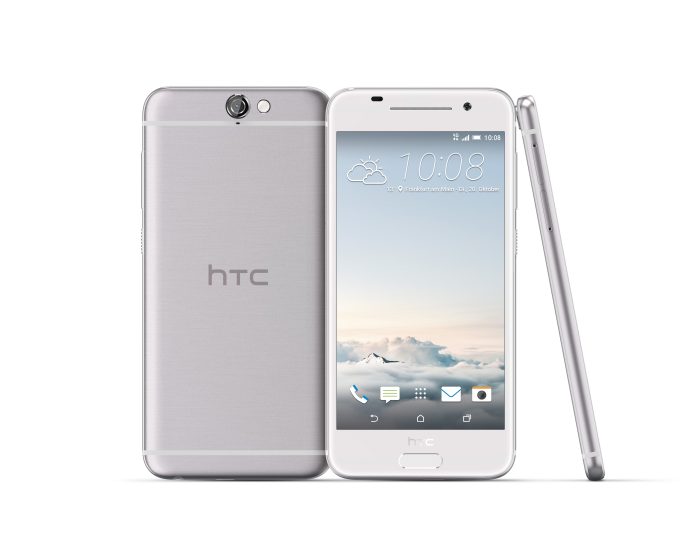 Along with the usual dark gray, silver and gold finishes of modern phones, HTC will also release one with a deep garnet finish. All of those use both a hairline brushed effect and a bead-blasted finish. HTC is hoping this choice of colors and the premium metal finishing techniques will appeal to customers across the globe.

For the spec hungry, you’ll be pleased to know the phone ships with a new octa-core Snapdragon processor. More specifically, it’s the 64-bit Snapdragon 617 with built-in X8 LTE, which is a welcome upgrade to the temperamental 615 processor. The processor is paired with 2GB RAM, and the phone comes with 16GB or 32GB internal storage which you can expand up to 2TB using a MicroSD card.

For the audiophiles among you, the HTC One A9 also has built in DAC to offer 24-bit, 192KHZ quality audio and a powerful headphone amplifier which it claims is twice as powerful as other smartphones. To make the most of the higher quality audio, HTC will also be selling high-res certified HTC Pro Studio Headphones.

With the phone being so slim, it’s no surprise to see that the battery ‘only’ has 2,150mAh capacity. Which, by today’s standards, isn’t huge amount. And, despite the fact that it will be Quick-Charge 2.0 compatible at launch (QC 3.0 in the future with a software update), HTC’s Rapid Charger is an optional extra and doesn’t come in the box.

Perhaps most exciting is the news that HTC’s newest phone ships with Android 6.0 Marshmallow. It’s the first non-Nexus phone to ship with Android 6.0, and HTC says it’s worked closely with Google to ensure that it gets fast updates in the future too.

Of course, the software has it’s HTC flavors baked in too, like the ability to take hyper-lapse videos in the camera app.

HTC says the phone will begin shipping next month, alongside a new Dot View case in a number of markets, including many regions in Europe, Asia and the US. Pre-orders begin from today in the States at HTC’s online store, where it costs $399 and works on all major US carriers. In the UK it’ll be available from all the major carrier stores and a handful of other big name retailers.

Anyone who purchases will also get 6 months free Google Play music, and anyone who buys the unlocked edition will get software updates 15 days after Google pushes the update to Nexus users.