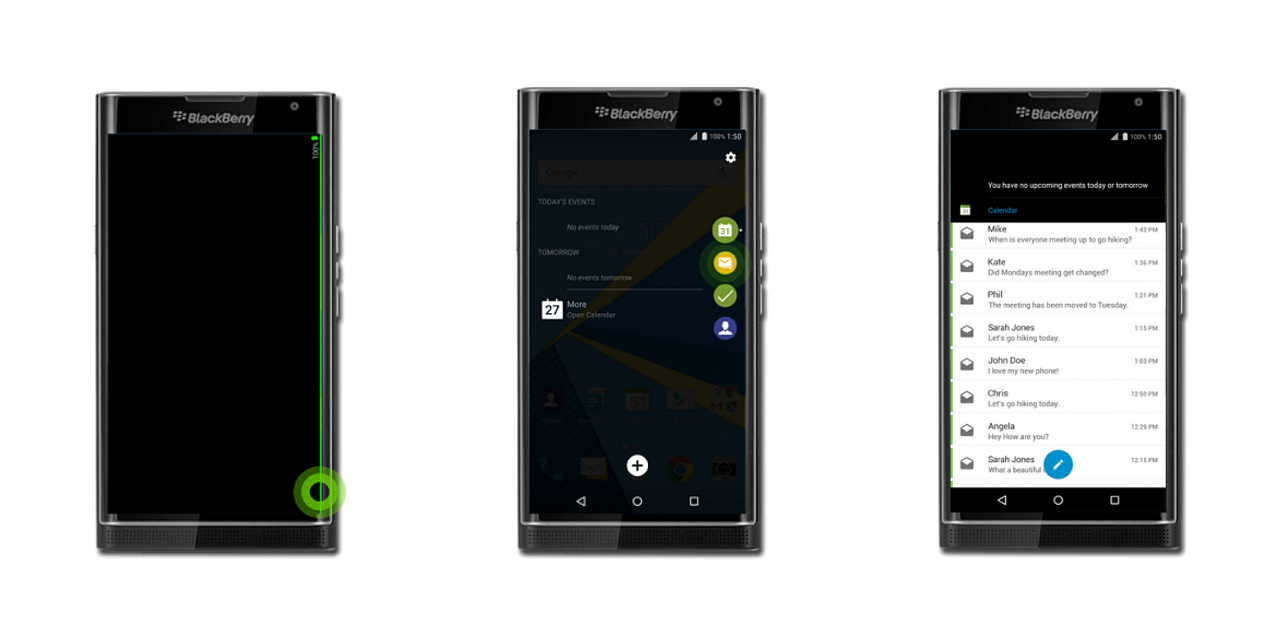 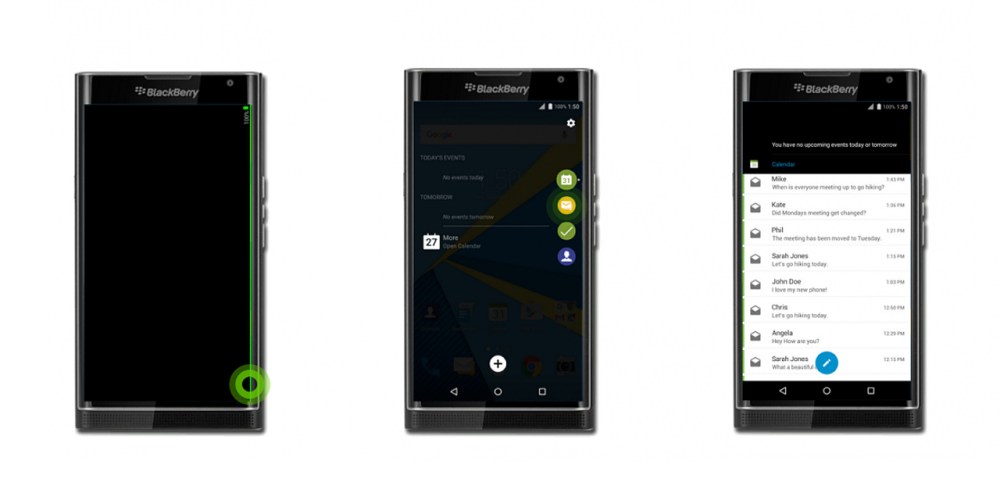 The BlackBerry PRIV is officially on its way after months of leaks, but despite announcing that it is coming, BlackBerry hasn’t been forthcoming about the device’s full features or spec list. Still, thanks to some recent leaks and launch of its pre-order page, we have a good idea of what to expect. The latest leak — posted to CrackBerry’s forums — shows off the purpose of the PRIV’s curved screen edges…

Much like the Galaxy S6 Edge and S6 Edge+, the PRIV’s main display is curved on both sides and has a unique set of features and functions. One of those functions is to show the battery charging level when plugged in, as well as indicate how long is left until the device is fully charged: 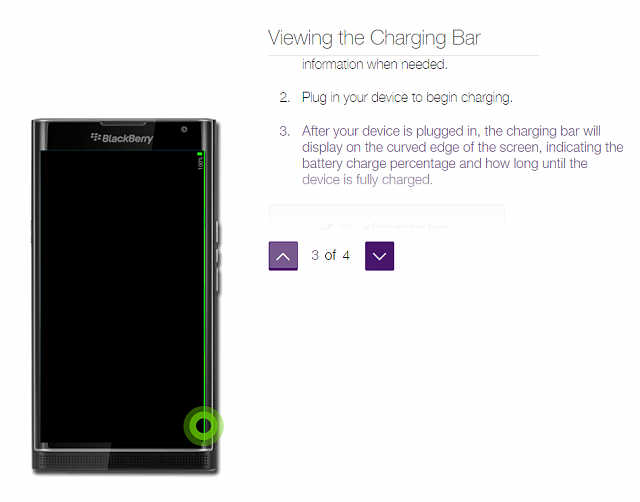 A second feature is dubbed ‘Productivity Edge’ and gives quick access to app previews. Instead of switching between full apps, it seems it’ll be a way to quickly glance at specific apps: 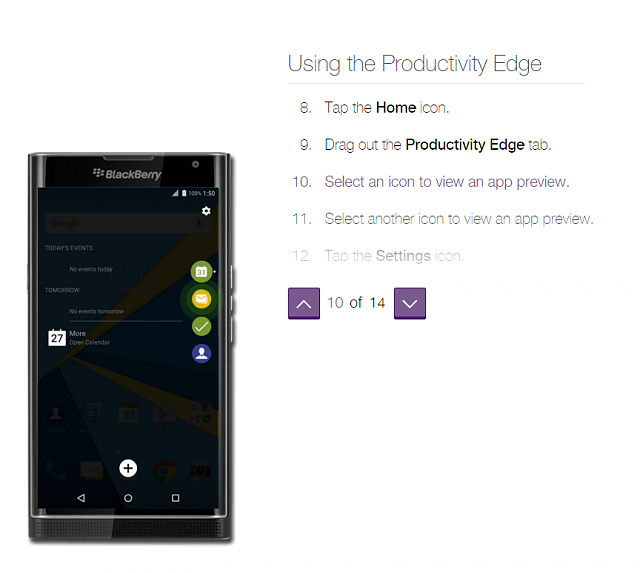 While we know the phone will be running Android Lollipop, it’s now also much clearer that there are going to be several of BlackBerry’s own software features pre-installed. The leaked guide reveals that the PRIV will come with the BlackBerry Hub notification manager and custom virtual keyboard and pop-up widgets. The latter of those is the one I’m most excited about. Instead of needing to have action widgets permanently on a home screen, any app with a widget will have an indicator below its icon. Swiping up on that app gives you the option to select a widget to view as a pop-up window. 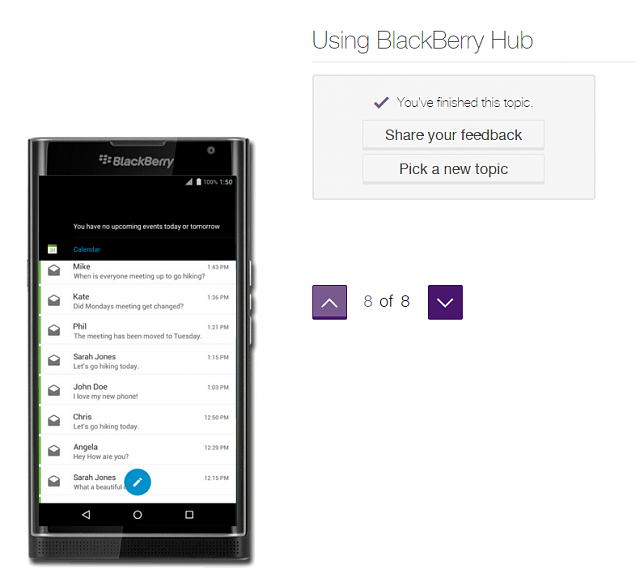 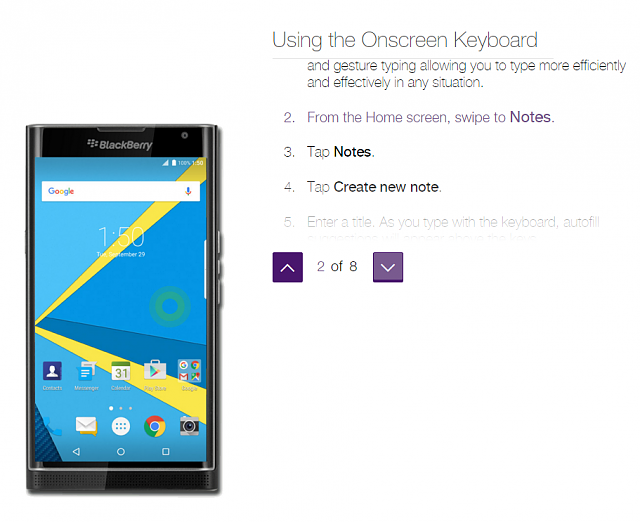 While BlackBerry’s security features will also be making their way across to its first Android-powered smartphone, there is another feature I really hope makes it too: speed. BlackBerry machines are known for being great for productivity, and that’s primarily down to how quickly the phones can transition between layers and apps. In BlackBerry 10 OS, your next app or screen is only a gesture or two away. If these pop-up widgets and the ‘Productivity Edge’ can help bring that element to Android, the device will be a winner in my eyes.