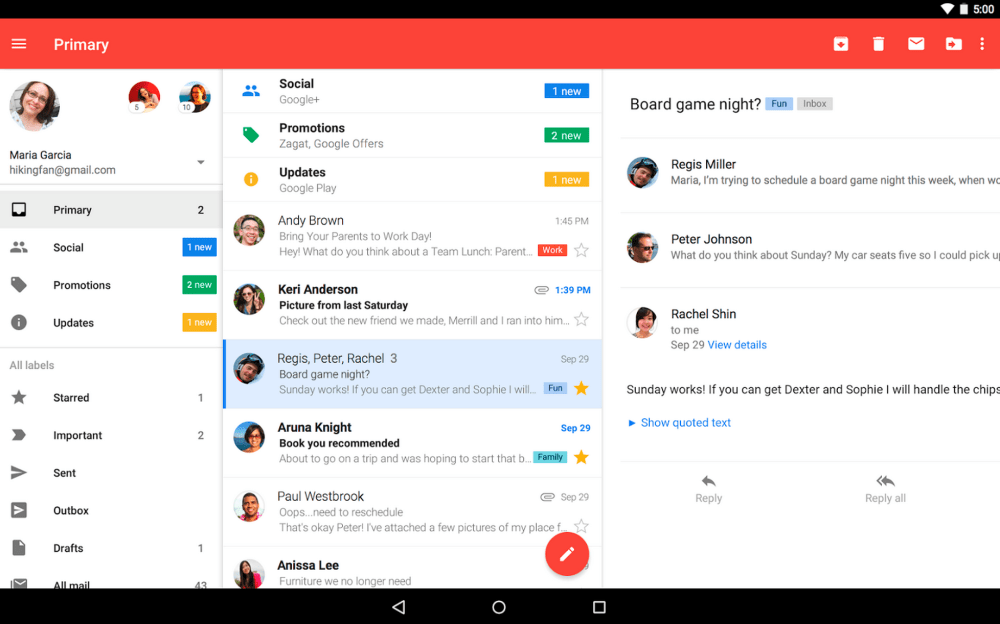 Earlier this week, Gmail for Android version 5.10 shipped with a fix for a sync issue involving Hotmail accounts. However, Google is still working on a bug that prevents Nexus devices in particular from getting notified about incoming Gmail messages.

A Googler officially replied on a thread in the Gmail Help Forum about Hotmail accounts not syncing properly as of Android 6.0 Marshmallow. He confirmed that the newest version of Gmail fixes the issue, but it is rolling out slowly and only a few users are seeing it.

However, this is another bug that has yet to be fixed by 5.10 that results in Marshmallow Nexus devices not getting push notifications for Gmail messages. Those experiencing the issue report not getting email notifications for long periods of time until they open up the app. Fortunately, the Gmail team has identified the “issue which [they] believe is contributing to the syncing issue on Nexus devices” and actively working on a resolution.

For some users, turning off battery optimizations for Gmail in Marshmallow fixes the problem. However, we’ll have to wait for Google to provide a permanent solution.