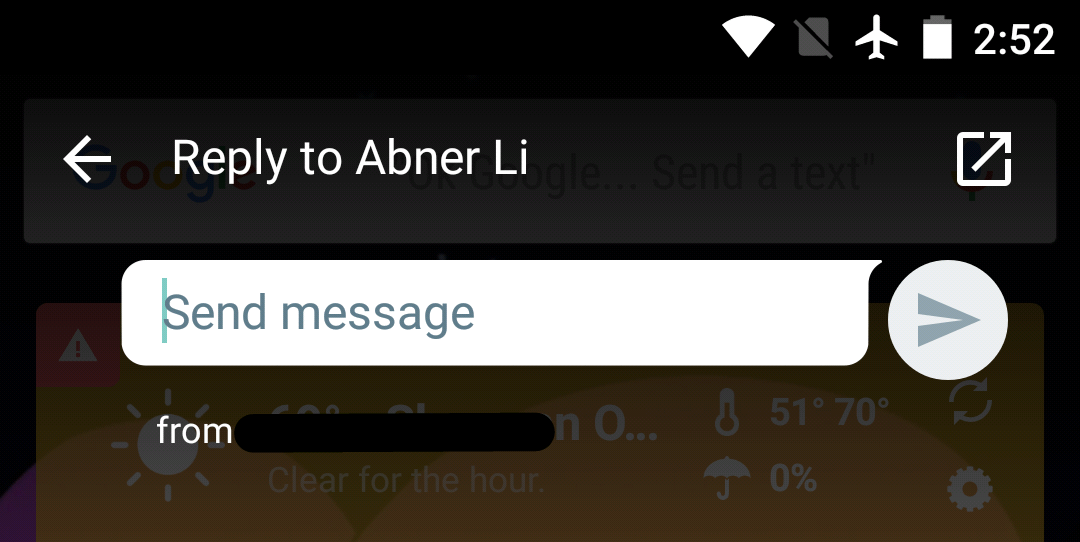 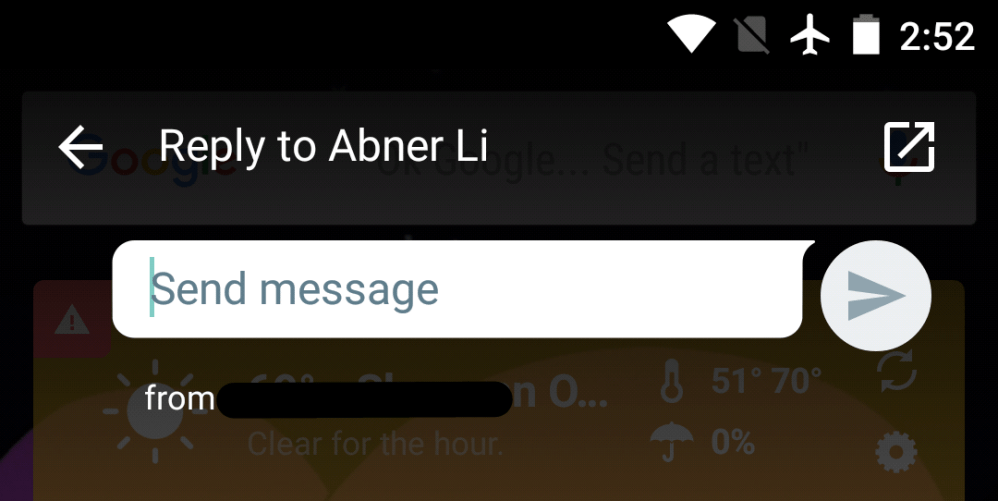 According to a rumor last year, Google would remove the ability to send SMS from Hangouts in a future update. While version 7.0 released today is not that update, it advises users to switch to Google Messenger for SMS. It also adds quick reply to notifications and the ability to add message shortcuts to the homescreen.

On first launch of the updated app, users will see a pop-up that advises them to switch to Messenger as their default SMS app. While SMS support is still in the app, it’s unknown how much longer it will be there. Messenger is a far superior SMS app with a great implementation of Material Design and quick support for new Android features, like Android Marshmallow’s Direct Share.

This update brings the ability to quick reply to a message from a notification. Messenger and the iOS version of Hangouts received this feature a few months ago. Tapping reply from a notification will pop up the keyboard and a message box. If users change their mind and want to write their reply out in the app instead, tapping a button on the top right corner will save what you’ve already written and paste it into Hangouts.

Also new in this version is the ability to place a shortcut of a specific conversation or group message on the homescreen. That is accessible via the options menu in an individual message.

Version 7.0 is rolling out now via the Play Store.