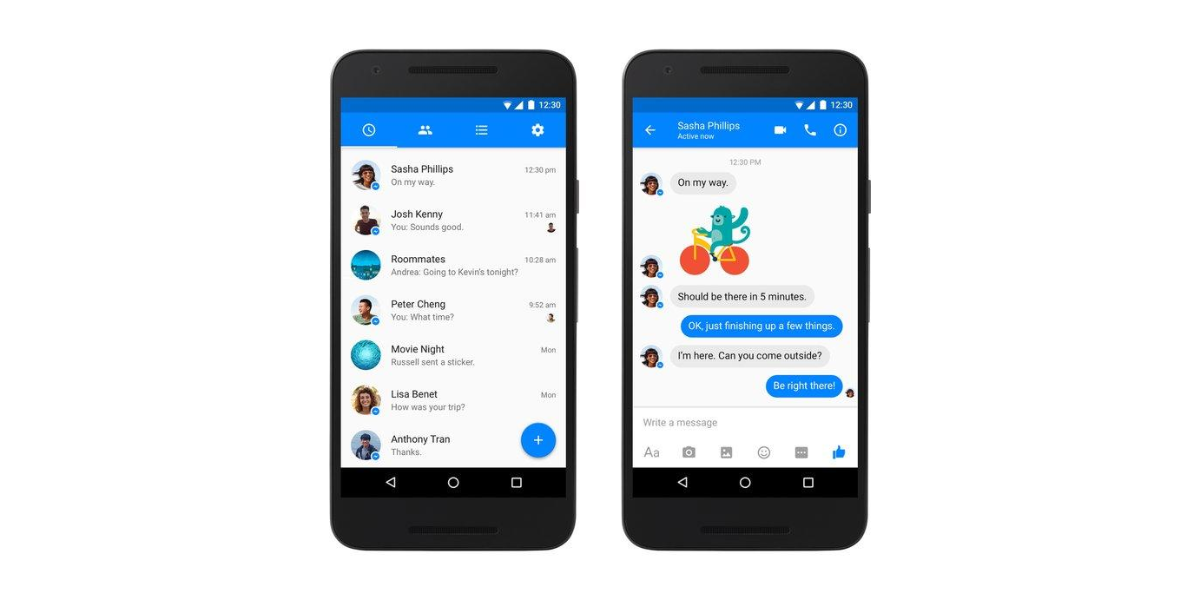 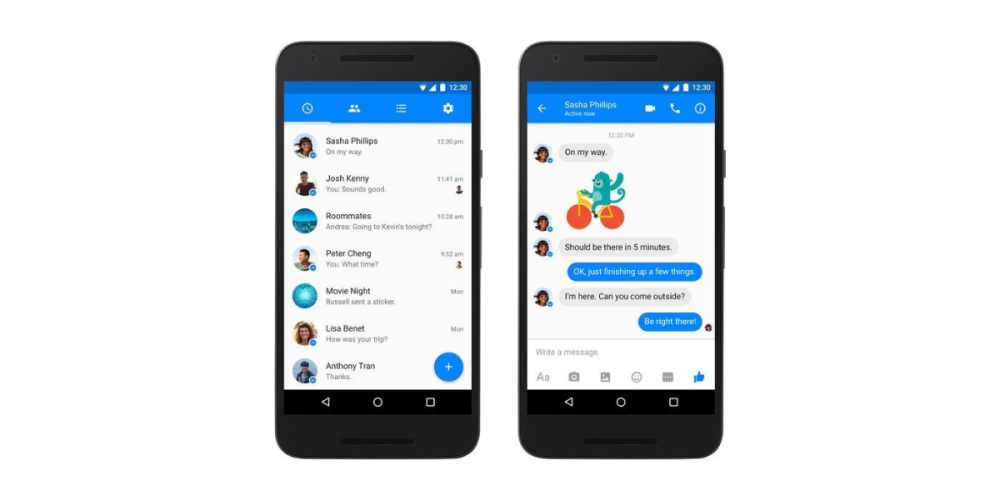 After many months of A/B testing, Facebook is finally releasing an update for Messenger featuring Material Design to all users today. The final version that is coming out to phones today features a blue top bar and a floating action button, along with other visual tweaks.

The announcement comes from David Marcus, Vice President of Messaging at Facebook and features screenshots of the final look. The first A/B tests of a more Material Messenger came in January and featured a FAB to initiate conversations and do other actions. Last month, screenshots surfaced of an app with a blue top and status bar, but without the FAB.

The final design features both of those design elements for a truly Material design. Additionally, the app looks much cleaner with line separators between message threads gone. Otherwise, other parts of the interface remain the same as the current app. The update will likely be pushed out via server-side update, though none of our devices have received it yet.

Marcus’ tweet makes reference to a “brand new” Messenger so there may possibly be other new features in store. Last month, Facebook began testing SMS features for a small set of users. The app originally had the ability to act as an SMS client, but the feature was removed long ago for unknown reasons. A return might signal a shift to make Messenger the ultimate communication app.

The brand new Messenger for Android, featuring material design is coming to your phone today! pic.twitter.com/qvQxZCs3bZ