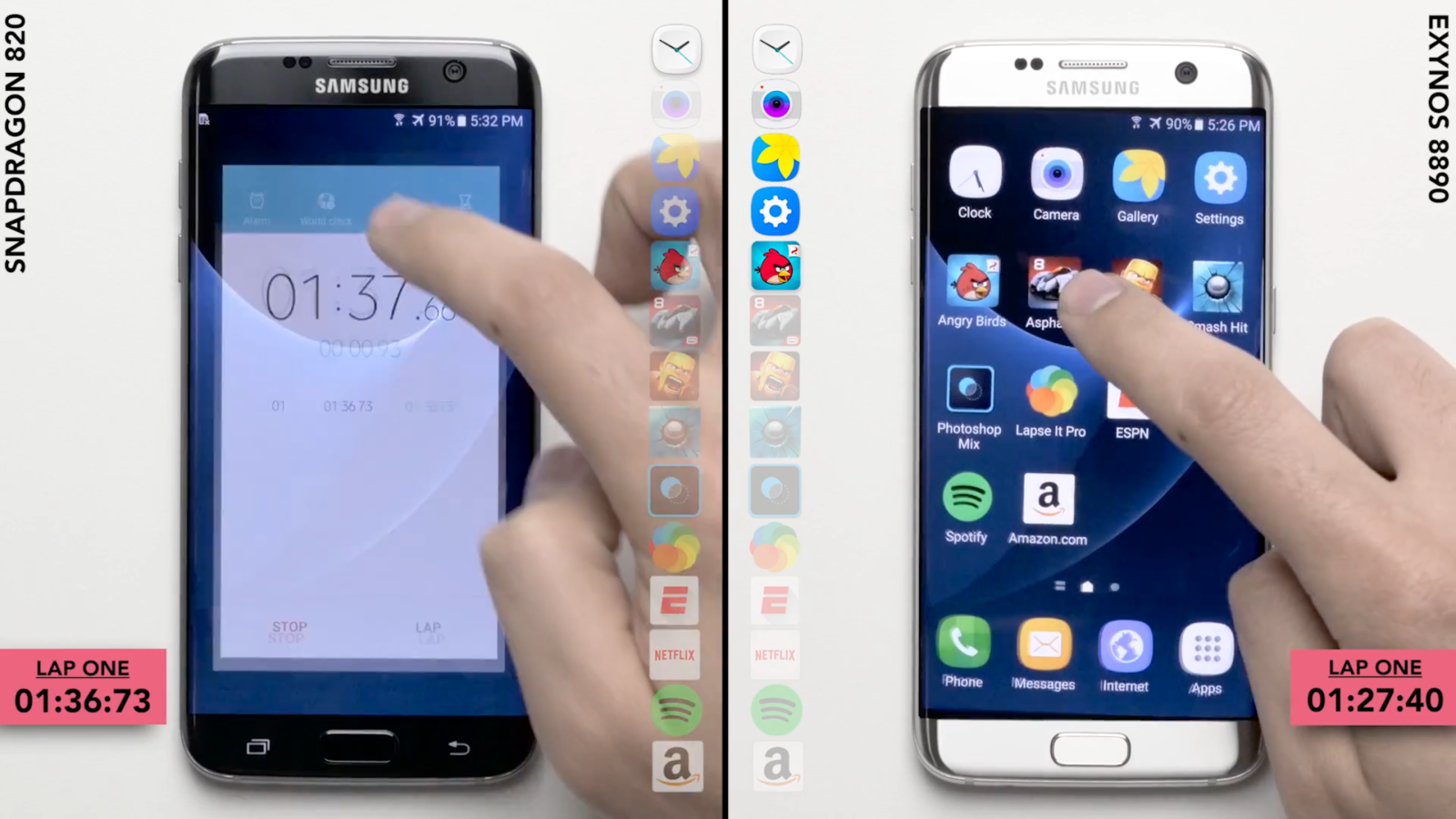 The Galaxy S7 and its curved-screen sibling are fast phones. Incredibly fast. Despite the demanding QHD panels, 4GB of RAM paired with a snappy processor keep things consistently smooth. However, unlike last year’s entire Galaxy S6 family – which mounted the Samsung-made Exynos 7420 – for 2016 Samsung decided to restore some faith in Qualcomm, whose faulty Snapdragon 810 processor gave certain devices more than one issue last year. In the United States, in fact, both Galaxy S7s use a Snapdragon 820 SoC; a choice which of course needed to lead to some controversy…

To demonstrate the difference between the US model and the international one (which is adopted everywhere else), David Rahimi from PhoneBuff put the two head two head, cleaning both devices’ memories and running an identical test to determine the faster handset. The two are put through the same app-cycle, consisting of fourteen apps diversified between normal utilities, photo editing, video exporting, games and a little web browsing.

In order to show how the RAM is managed – as well as app opening times and read/write speeds – the test is run twice, with each lapse being measured an compared. One would normally think that while differences may be present, the gap should not be this wide. As it turns out, the Exynos 8890-powered S7 edge is not only notably faster than its Snapdragon brother, but it also handles background processes much better.

Overall, the international model scored impressive results, which makes it about 24% faster than its American counterpart, confirming previous reporting of the disparity. Considering that raw benchmarks saw the two chips roughly on equal terms, – and actually give the edge to the SD820 in certain areas – the software optimizations made by Samsung on their own chip may have played a role here; either that or the fact that some unwanted and impossible-to-kill background processes on the AT&T unit are slowing down the Qualcomm chip.

At this point, we can perhaps only wish for Samsung’s flagships to feature the company’s own SoCs in the future, but for now, US customers will have to bite the bullet. Have a look at the video yourself.