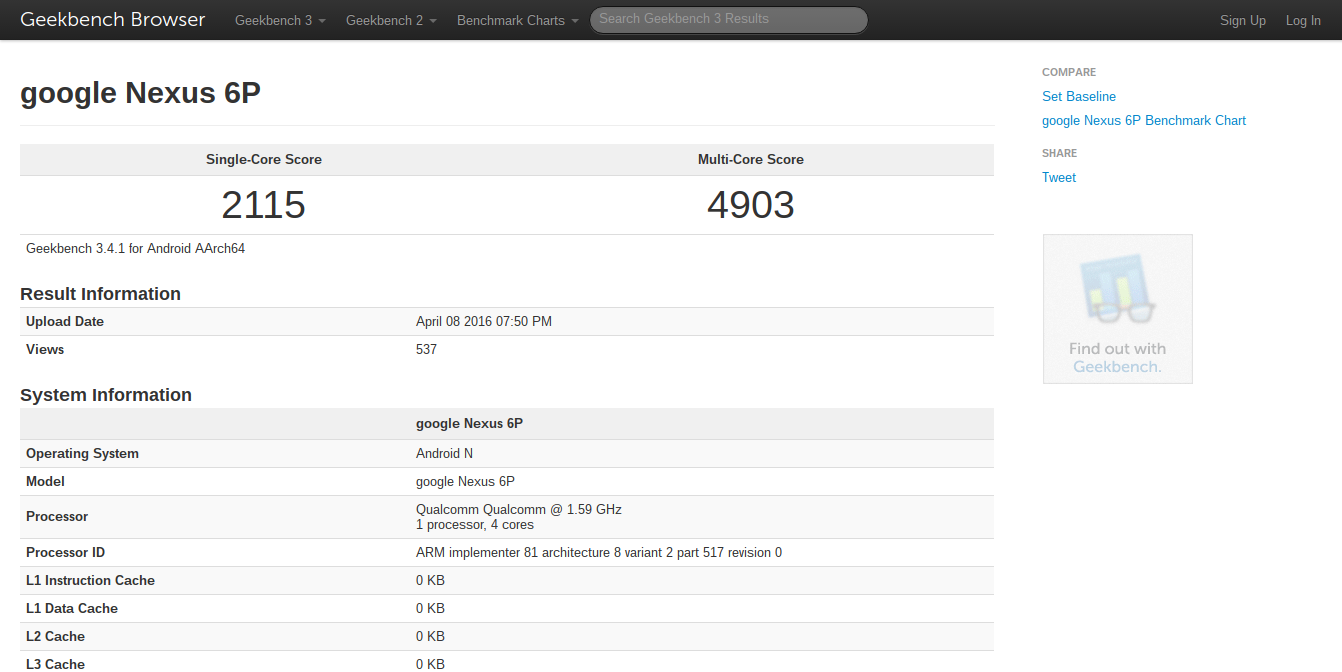 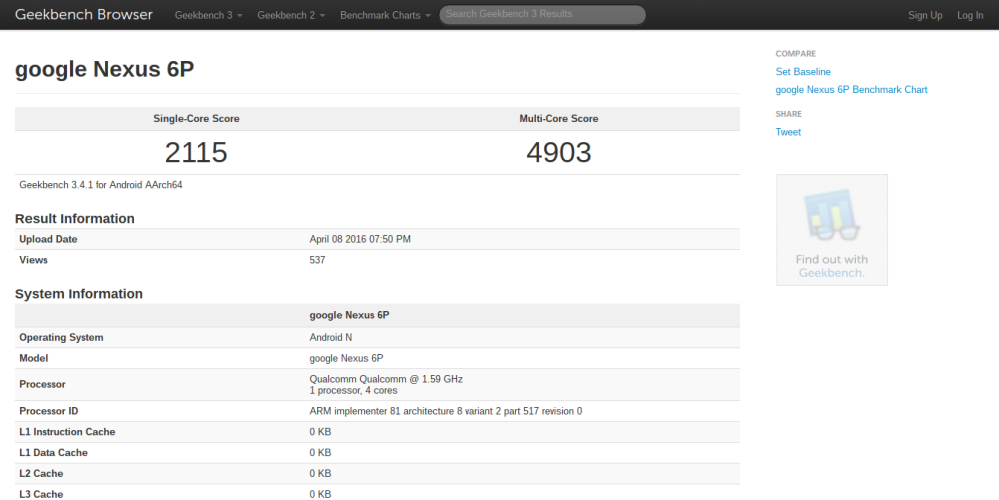 Earlier this year, many rumors pointed to HTC working on two devices for Google with such features as 3D Touch. More rumors today from Evleaks and Android Police make it more likely that the Taiwanese manufacturer is indeed making this year’s Nexus devices.

The ever reliable Evleaks tweeted that HTC is building a pair of Android N devices for Google codenamed M1 and S1. Android Police expanded on the rumor, saying the codenames stand for Marlin and Sailfish. With Google having a history of internally naming Nexus devices after aquatic creatures, the names are more than plausible. AP further added that there are references to Marlin in the AOSP code review tool from a Qualcomm engineer.

Adding to the rumor, a strange device surfaced in Geekbench benchmarks on April 8. While called a “google Nexus 6P”, its results are drastically different from an actual “Huawei Nexus 6P”. The processor, single-core, and multi-core scores are more in line with that of a Snapdragon 820 rather than the 810. Additionally, it has 4GB of RAM instead of 3GB. This device’s motherboard is named Marlin and already running Android N.

Rumors that HTC is making this year’s Nexus devices started back in January with a sketchy rumor that claimed HTC was working on a 5 and 5.5-inch device for Google. At the time, the reliable LlabTooFeR corroborated the rumor and added that the devices were codenamed T50 and T55. With Google adding support for 3D Touch-like shortcuts in the Android N Developer Preview, another rumor that the HTC Nexus would have supporting hardware seems more likely.

HTC’s previous Nexus device was the Nexus 9 tablet and the Nexus Player setup box. The struggling OEM hasn’t made phone hardware for Google since the early days of the Nexus One. The company’s most recent HTC 10 came out to positive reviews, but the device has yet to go on sale.