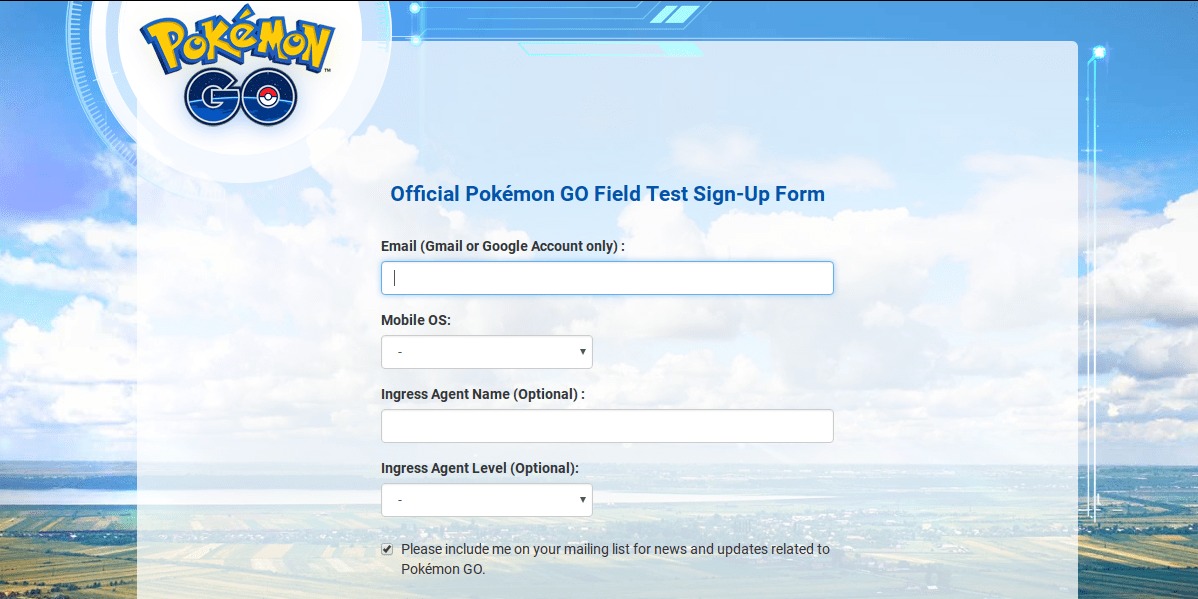 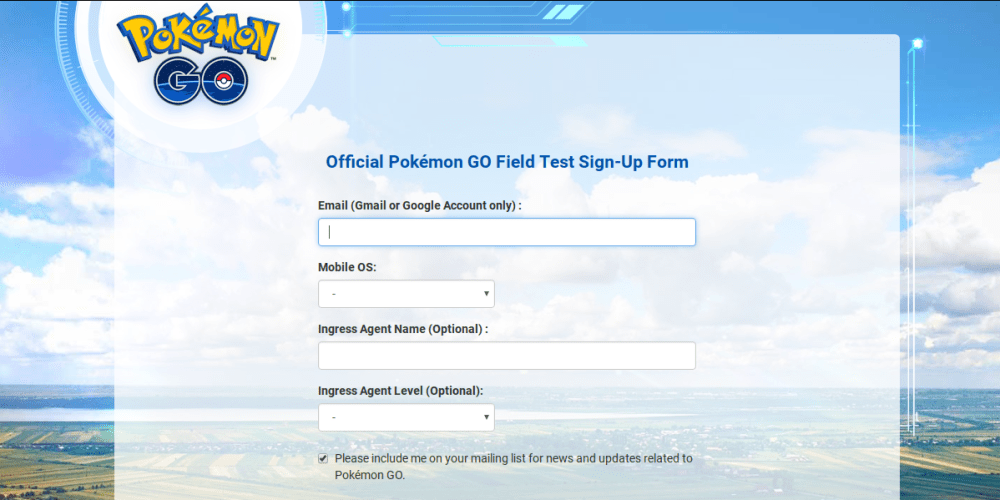 Niantic Labs and The Pokémon Company have been working on a Pokemon game that allows players to collect, train, and battle Pokémon characters in the real world. After being tested in New Zealand and Australia, a Field Test is now coming to the United States.

The sign up form asks users to enter a Google Account email and the mobile OS they are using. Ingress players have the ability to enter their Agent Name and Level. Signing up does not guarantee entrance into the field test and there is a long list of warnings to note. Players also have to agree to a confidentiality agreement.

Previously leaked gameplay footage and screenshots show the basic mechanics of the game. The real world element of the game heavily integrates mixed reality through the use of a live camera feed and GPS.

The Field Test is open to those in the United States, Australia, or New Zealand and requires an Android device running 4.3 or higher or an iPhone 5 with iOS 8 or above.