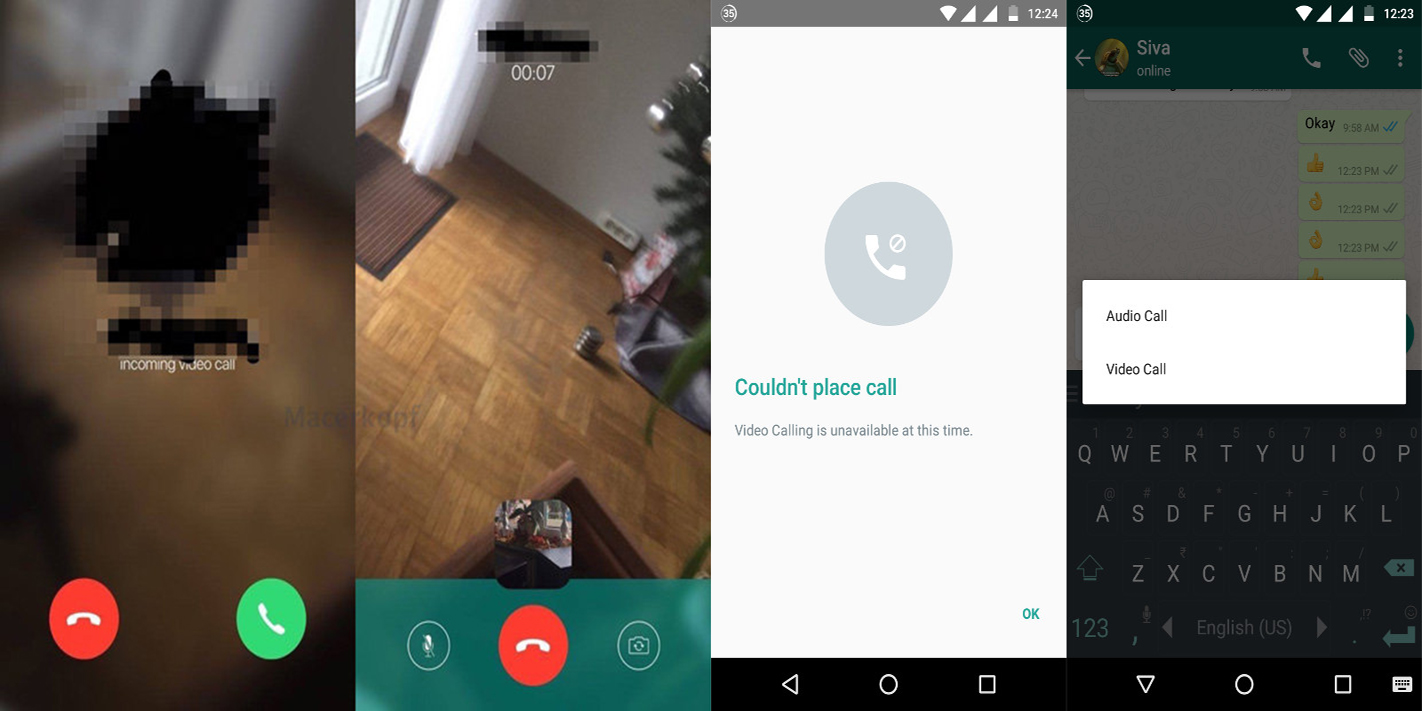 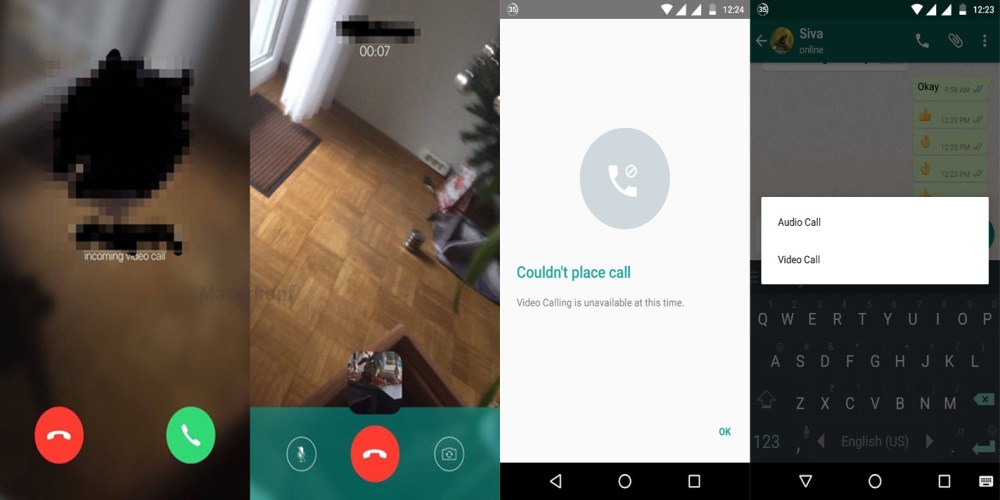 The extremely popular messaging service WhatsApp — which now counts over a billion active users — is growing as an increasingly more complex and feature rich app.

After launching things such as end-to-end encryption, Google Drive support for backup and even a desktop client last week, it now seems like it is looking to enter the video-calling space…

Despite having been quickly removed with the latest beta build, some users spotted that with a recent version of the app, they were offered both audio and video call options.

It is not yet clear whether a server switch may be the cause of the feature’s appearance (and sudden disappearance), but users are reporting that version 2.16.80 is indeed supporting it.

As far as the video call itself goes, it works pretty much as one would expect, with only basic features like camera switching and a mute button implemented on top of the video itself.

Much like the audio call, it will probably take some time for the feature to be rolled out to everyone, but you should nonetheless expect it to go live soon, whether you are on the beta channel or not.

FoneArena, which originally spotted the feature, also mentions that WhatsApp is “said to be working on ‘send group invites via links, QR codes and NFC tags’”.