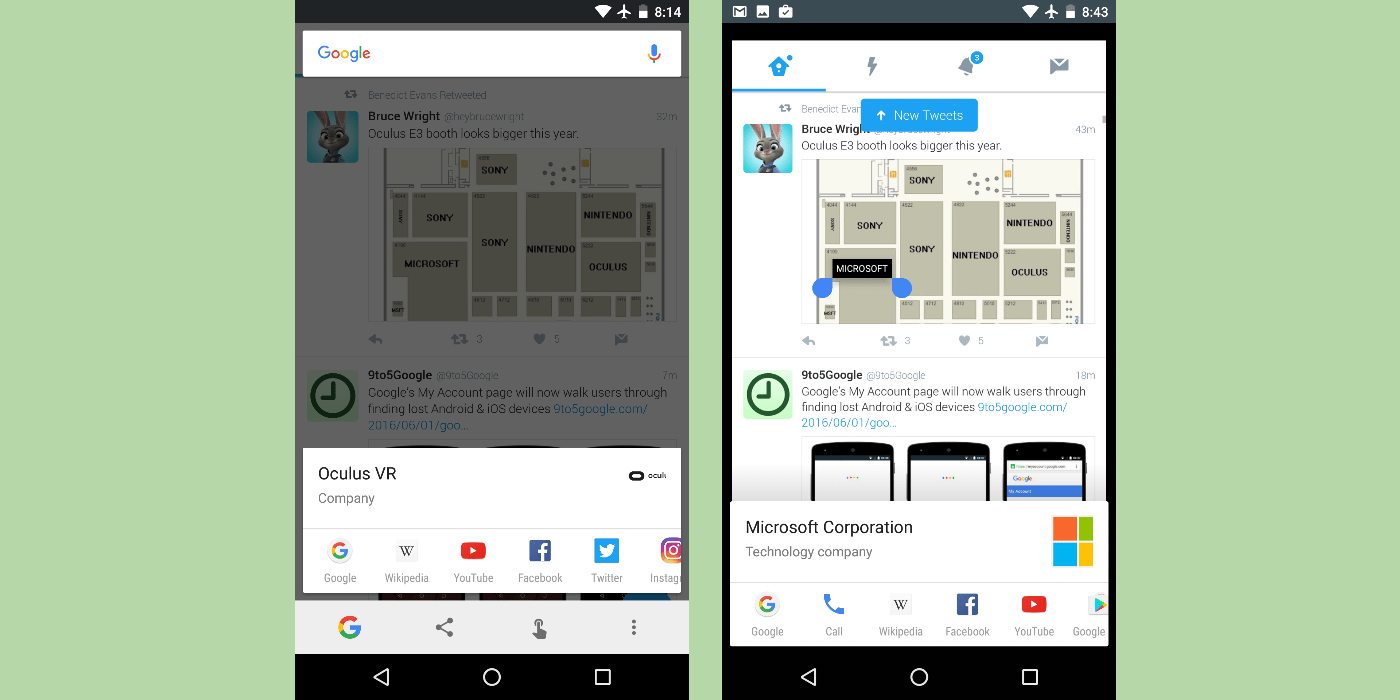 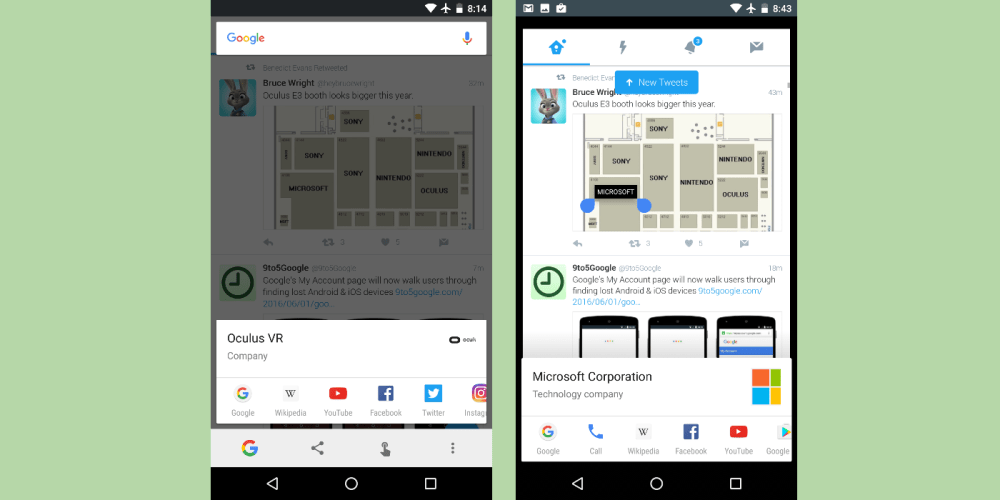 Now on Tap gets a new bottom bar in this update. Previously, there was only an icon that took users to Google Now and an overflow menu to view settings and share a screenshot. The new bar features the Google icon on the left, a share icon, overflow menu, and a new button to select text from a screenshot. The addition of a share icon allows for much quicker screenshot sharing; one of the more useful features of Now on Tap.

The new text selection feature lets users highlight text in a screenshot in order to bring up Now on Tap cards. However, the more impressive ability is the optical character recognition feature that lets users also highlight text found in images. I experienced one or two errors, but for the most part the feature is quite accurate and adds a very useful search capability to Now on Tap.

On devices running Marshmallow and higher, users have long has the ability to highlight text and through the Assist option in the contextual menu trigger Now on Tap. This new implementation surfaces the feature much more prominently. Interestingly, this addition signals a shift from having Google do everything to letting users have control over what gets searched.