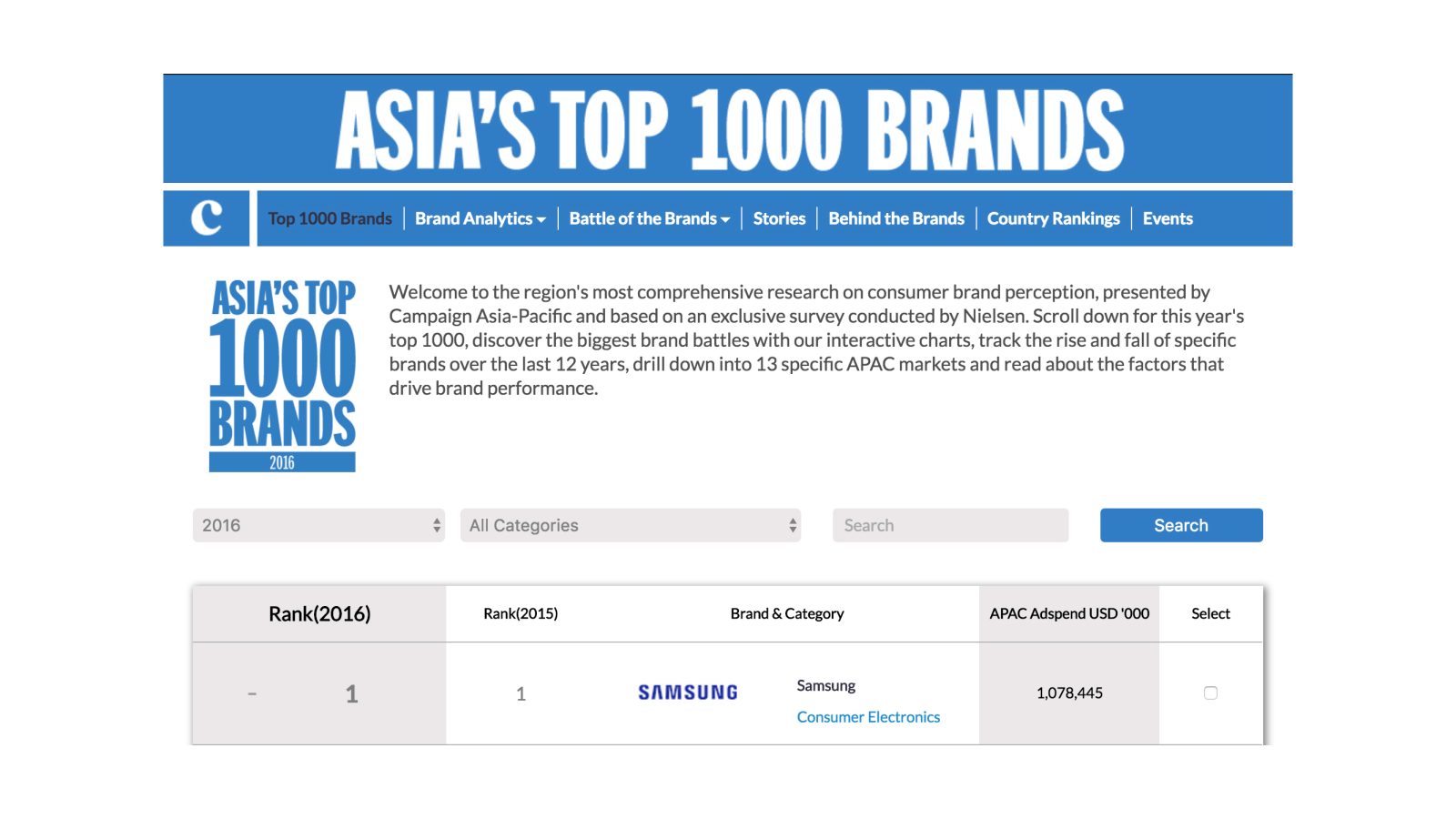 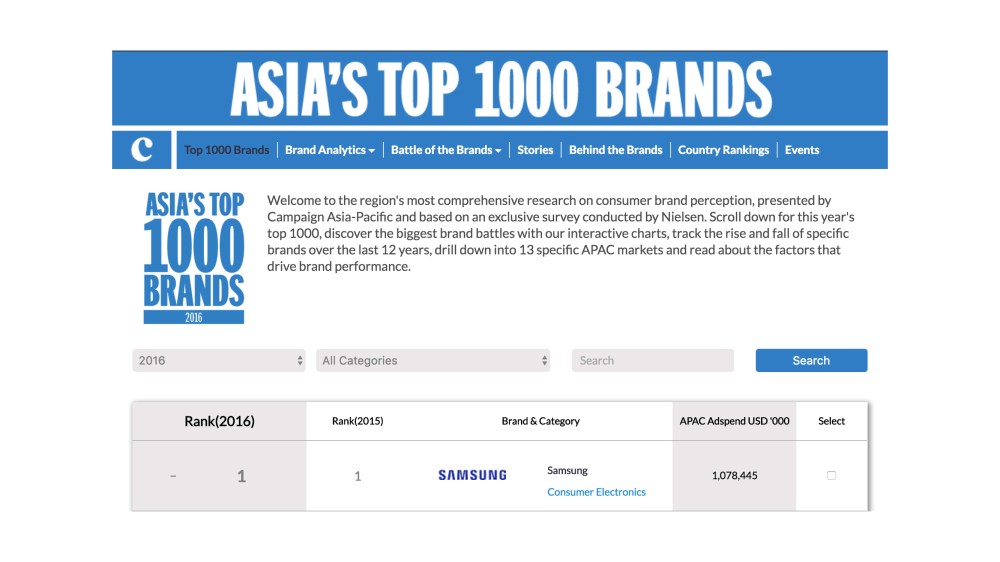 The battle between Samsung and Apple for the first spot in the consumer electronics world seems to be never ending. As products get increasingly better it becomes progressively harder for brands like these to win the customers’ hearts (and wallets), but at least for 2016, Asia has spoken…

Well, technically it’s not 2016 alone, as this is the fifth time in a row that Samsung results first in Campaign Asia-Pacific’s “Top 1000 Brands” ranking. The sheer fact that brands from all kinds of markets compete makes the first position a noteworthy one — let alone the fact that one thousand firms are surveyed.

While Apple earned the second spot — a boost that saw it regaining that position after losing it a few times to Sony in the past few years — this comes as the third victory for Samsung against the Cupertino giant in a relatively short time. A month ago, the Korean OEM overthrew Apple as the biggest manufacturer in America, and weeks later the Galaxy Note 5 surpassed the iPhone as the US’ most loved phone.

Now, following the APAC-based survey, Samsung proved to be the most desirable brand across thirteen key markets across the whole region. Indeed, the positive reception — both critical and commercial — of its latest pair of flagship devices, the Galaxy S7 and S7 edge, has helped boosting the company’s overall position.

As far as we know, in fact, projected sales are estimated to reach a combined 25 million units by the end of the month, making the duo effectively a success; and that certainly won’t stop Samsung from keeping the good trend going for the second part of the year too, where sales will likely receive a second boost come the arrival of the next Galaxy Note phablet on retail stores’ shelves.

We are almost sure that the numeration will see it skipping the 6 and jump straight to 7 in order to realign with Galaxy S line, but more interestingly the Note series will probably surface with an edge model of its own for the first time; and if the S7 family’s quality is of any indication, there’s more than one reason for Samsung to be happy.