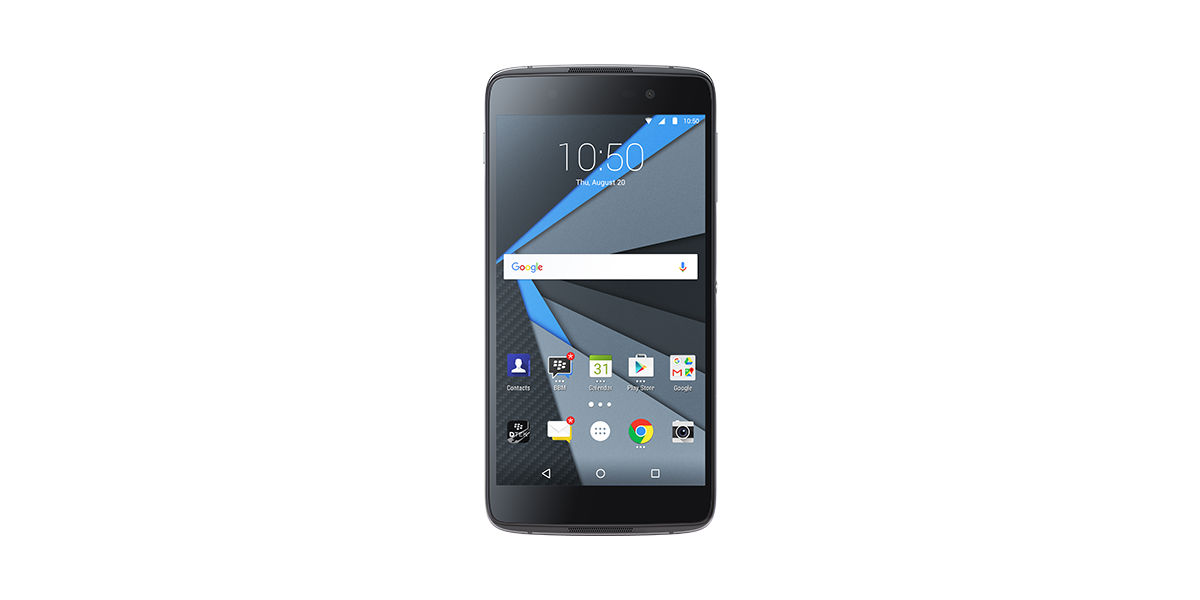 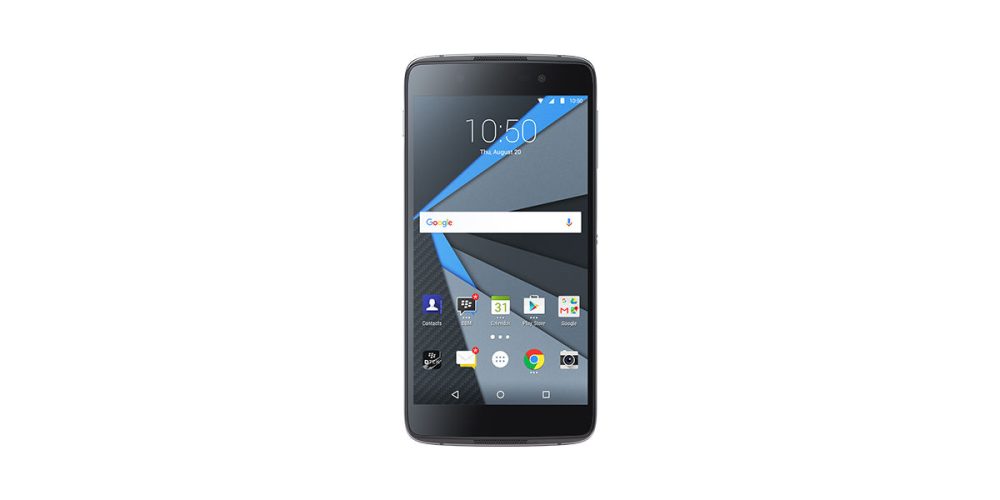 We’ve known for quite some time that BlackBerry has been working hard to develop new Android smartphones following the release of the PRIV last year, however until now we haven’t seen too much regarding these devices. Overnight a page went live on BlackBerry’s website, though, which since been taken down, showing off new images of the upcoming BlackBerry Neon (DTEK50) as well as the full specifications list (via Crackberry).

The first thing that will probably jump out at you when looking at the Neon is a sense of familiarity, and rightly so. The Neon’s design is nearly identical to that of the Alcatel IDOL 4 which makes sense considering the device is being manufactured by TCL.

Just like the IDOL 4 we see stereo speakers on both the front and back of the device as well as a familiar placement for the buttons and charging port. On the Neon however it seems the glass build has been exchanged for what looks like a carbon fiber design.

As for specifications the Neon packs a 5.2-inch 1080p display, a Snapdragon 617 processor, 3GB of RAM, and 16GB of storage with a microSD card slot. USB C doesn’t make an appearance on this device, but we do have a 2,610 mAh battery and Qualcomm Quick Charge 2.0. For cameras the Neon also has a 13MP rear camera and an 8MP front camera.

Just like the PRIV the Neon will also come pre-loaded with BlackBerry’s Android applications such as DTEK security, BlackBerry Messenger, BlackBerry Calendar, and of course BlackBerry Hub. Android Marshmallow also comes out of the box, presumably with an eventual update to Android Nougat.

Rumors point toward an affordable price tag on the Neon, although a release date or specific price has not been confirmed just yet.