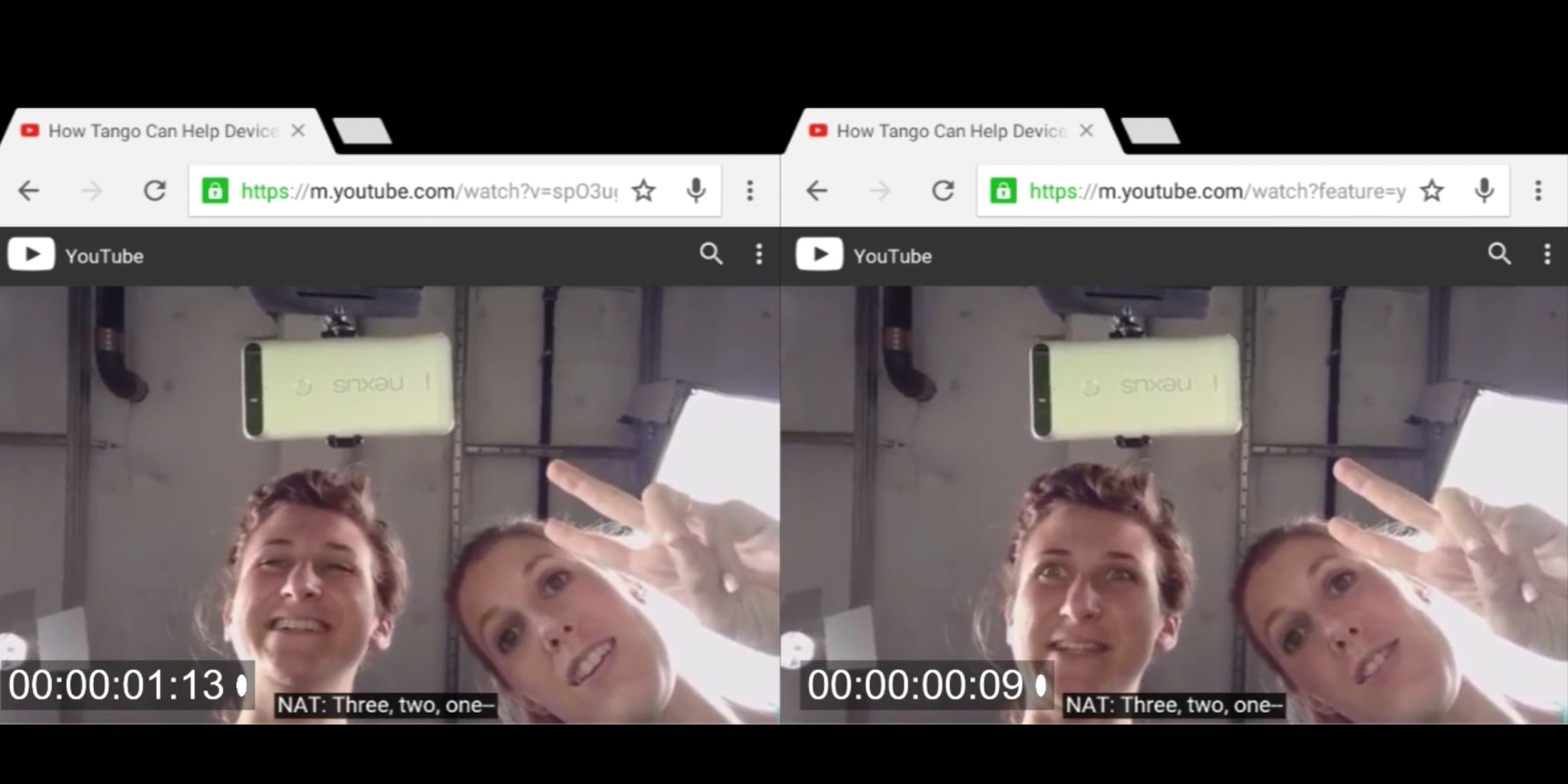 Google today highlighted some notable improvements for video playback in the latest Chrome 52 release for Android now rolling out to Google Play.

With the update, Google says you should experience an overall smoother video experience, including faster load times and less drain on your device’s battery:

…video playback has been improved for speed and power efficiency. This means you will see smoother playback and faster load times. Videos will now start playing sooner, instead of pausing briefly before loading, and your battery will last longer.

In the video below, Google shows an example of the improvements with a side-by-side comparison of video playback load times on Chrome 52 versus a previous release. The video shows Chrome 52 performing almost 5x faster.

The Chrome 52 Android update (52.0.2743.91) has been rolling out over the weekend after first hitting Google Play late last week.