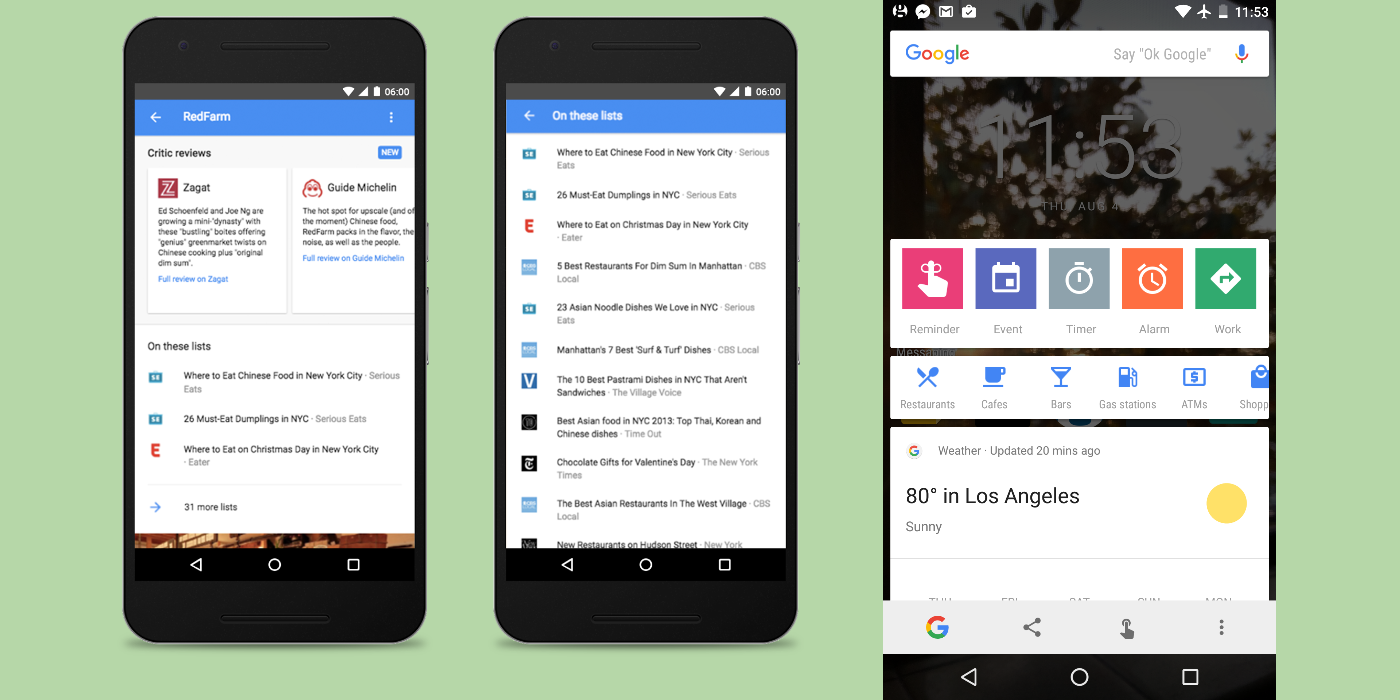 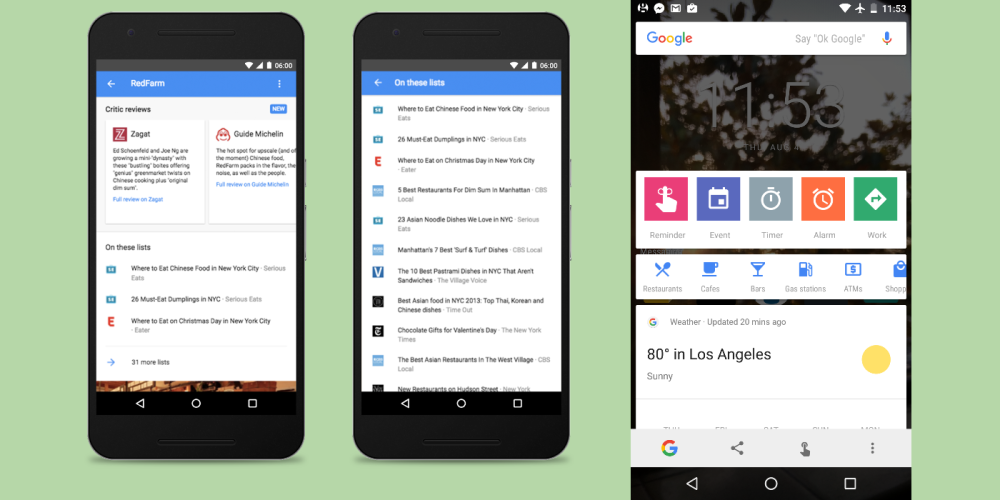 Following improvements to Google Maps that surface interesting locales, Google Search is now showing restaurant reviews from top critics and what best-of lists (from various publishers on the web) a place has been mentioned in. In related updates, the latest Google app beta now shows weather and stock cards when triggering Now on Tap from the homescreen.

The update to Search suggests that Google is taking a more curated approach to location. Expanding a restaurant’s card from search results will bring up a carousel of critic reviews from Zagat and the Michelin Guide. Underneath, it shows what best-of lists the restaurant has appeared in to help users decide whether to visit.

A report this week alluded that this year’s Nexus devices would launch with a new custom launcher that lacks an app drawer button and search bar. Additionally, Now on Tap would somehow be combined with the upcoming Google Assistant. Specifically, a report from Android Police noted the shortcuts to make a reminder or find nearby restaurants could be rebranded as part of Assistant.

In the latest Google app beta, some users are seeing the Google Now weather and stock cards popping up when Now on Tap is triggered on the homescreen. I’ve had these cards for a few days now and interestingly only weather, stocks, and “Update for you” cards are appearing underneath the shortcuts toolbar. Whether this is just an upcoming feature of Now on Tap or a sign of bigger things to come, is unknown.