Google is testing circular-shaped shortcuts in the Now stream 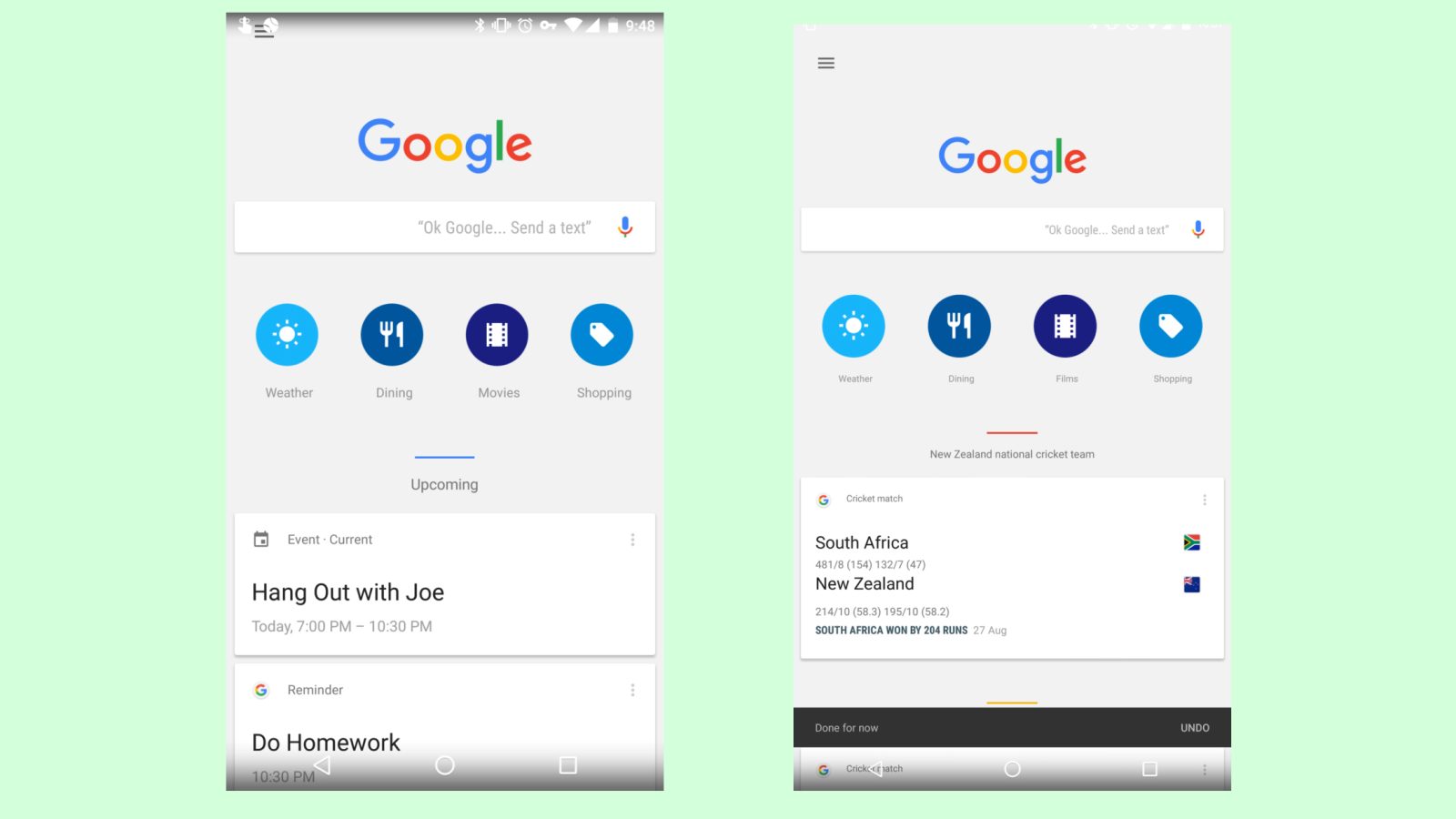 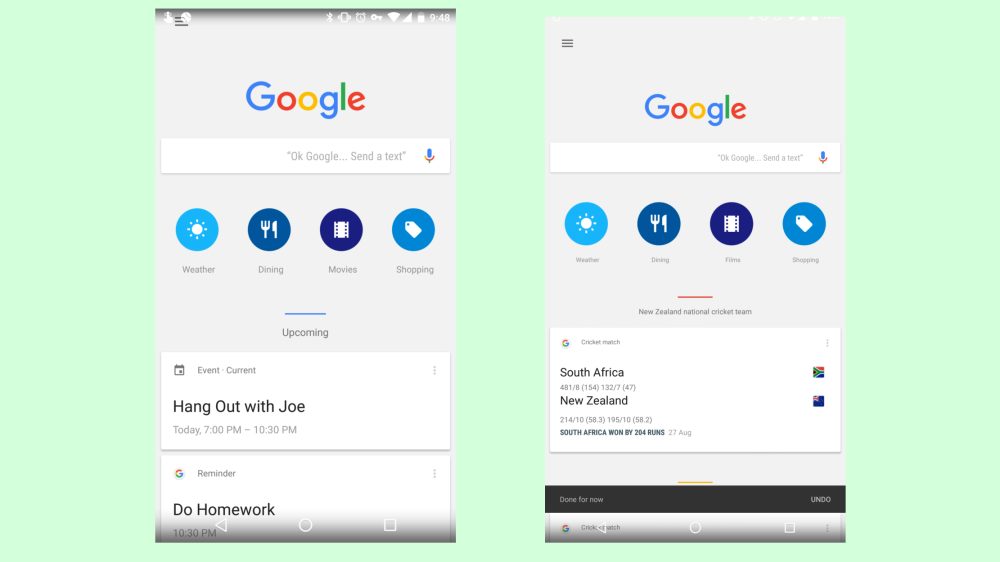 We know that Google is no stranger to silent (server side switched) testing that mysteriously and unexpectedly hits random users, but while changes to relatively niche apps like Inbox seem understandable, to see the relatively granitic Search app and the Google Now stream — which have remained largely unchanged for quite a while — even just slightly tweaked has us interested and a bit surprised…

A tipster has sent a couple of screenshots to Android Police, showing a slightly redesigned interface to the Google Search app, which puts circular shaped tags front and center, at the top of the screen above the usual cards. It is unclear whether the four items listed here — Weather, Dining, Movies and Shopping — are popping up as fixed options or are rather linked to the user’s profile (or the user’s position or search history, and so on).

They appear to be some sort of shortcut to general purpose searches, which likely aim to give you a broader range of options instead of single-purpose cards pointing to a certain movie or restaurant. Visually speaking, they’re not dissimilar to what we’ve seen in Inbox a couple of days ago, and despite the (arguably) different use of circles it may be an indication that Google is toying with the UI concept to use it more across a broader range of apps. It doesn’t look like these are part of a larger, horizontally scrollable menu (like Inbox), but that too remains to be seen.

As for the app itself, AP mentions that it’s showing up both on the beta as well as the stable channel, indicating that Google’s weird and unpredictable criteria are making it basically impossible to manually activate the feature. Whether it will see broader availability or not remains to be seen, but we will make sure to keep you updated as we learn more.