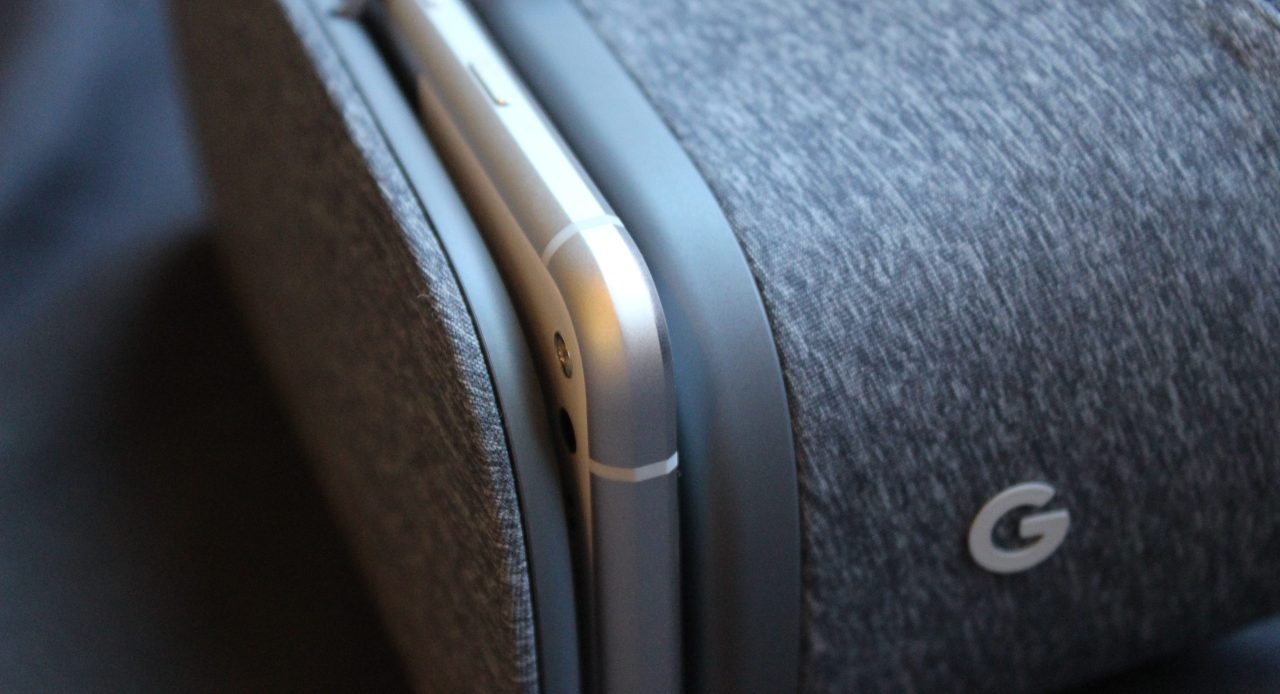 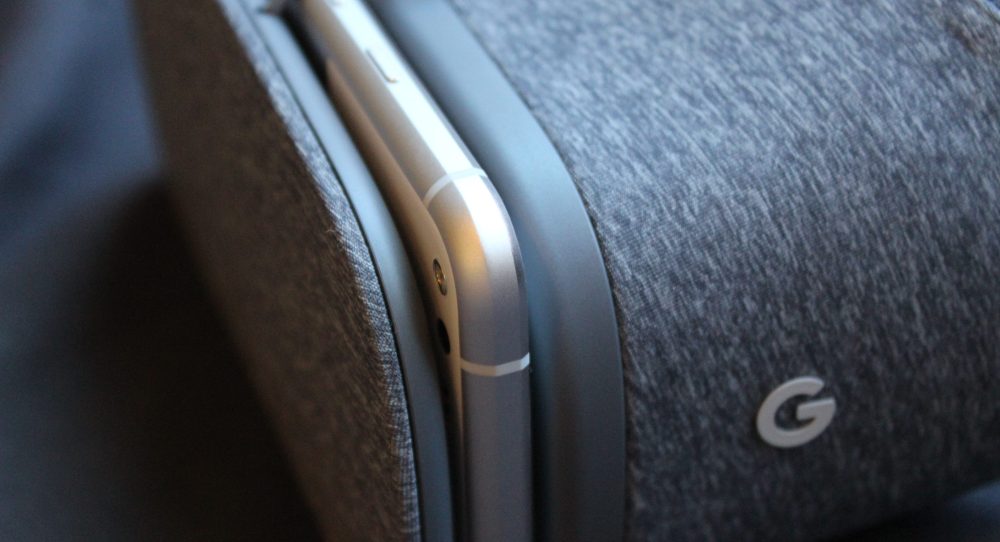 Following the launch of the first VR-compatible phones with the Pixel and Pixel XL last month, the Daydream View headset is now available for purchase in multiple countries, both online and in stores. Those curious in trying Daydream can head to most Verizon stores to get a demo.

At launch, the View is only available in a gray ‘Slate’ color, with red ‘Crimson’ and white ‘Snow’ coming later. The latter two colors come with a white Daydream controller versus a gray one. Charging of the controller is done via a USB-C cable (that is not included) and good for 12 hours of usage.

Over the past few days, the required Daydream app that handles pairing and contains the virtual app launcher has hit the Play Store, along with a number of other experiences and games. YouTube VR allows you to watch the entire library of videos on a virtual big screen and in an optimized experience. Additionally, Street View, Play Movies, and Google Photos have been updated with Daydream experiences.

A number of third-party apps and games also available. There are several VR journalism apps from major publications and a variety of games that take advantage of the controller.

Those who want to try Daydream in-person before purchasing can head to most Verizon stores to get a demo of Fantastic Beasts. It’s not clear if other apps and games can also be used. Head to the Google VR site to check if your local store has a demo.

Daydream View is now available in the following countries and stores:

If you haven’t yet, be sure to check out our full review.