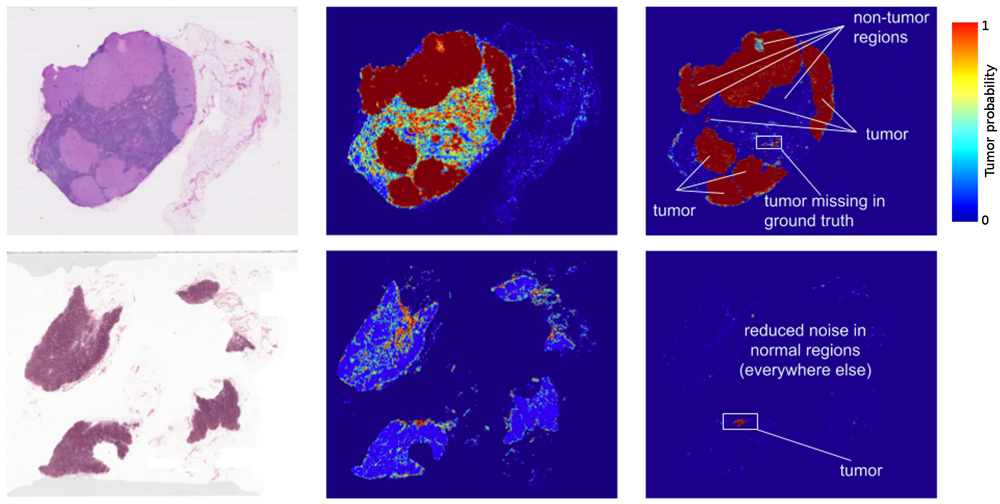 It’s hard to think of a job more important that determining whether or not a patient has cancer. Yet the magnitude of the task facing pathologists is so vast that agreement between different clinicians studying the same slides can be as low as 48%.

There can be many slides per patient, each of which is 10+ gigapixels when digitized at 40X magnification. Imagine having to go through a thousand 10 megapixel (MP) photos, and having to be responsible for every pixel. Needless to say, this is a lot of data to cover, and often time is limited.

Google has been working on advanced image-recognition systems for several years through its GoogLeNet projects. The project was, in part, aimed at the company’s autonomous car project, teaching self-driving cars to recognize everything from road layouts to stop signs.

The company has now applied GoogLeNet tech to cancer diagnosis, and reports that the system was already delivering good results straight out of the box, but says that tweaking the system has delivered stunning performance.

After additional customization, including training networks to examine the image at different magnifications (much like what a pathologist does), we showed that it was possible to train a model that either matched or exceeded the performance of a pathologist who had unlimited time to examine the slides.

Pitting the system against an experienced pathologist given unlimited time to examine slides, the human being achieved a localization score – a key measure of accuracy – of 73%. By the end of the tweaking, GoogLeNet was scoring 89%.

Google is quick to point out that it does not see its system replacing pathologists. The system generates more false positives than pathologists – diagnosing cancer where none is present – and cannot detect other anomalies that would be picked up by a human being. The plan, it says, is for the AI system to flag suspect regions on slides for review by the pathologist. It could also help with more accurate measurement of tumor size, which is important in developing a prognosis for the cancer.

Google has published a white paper describing the study.