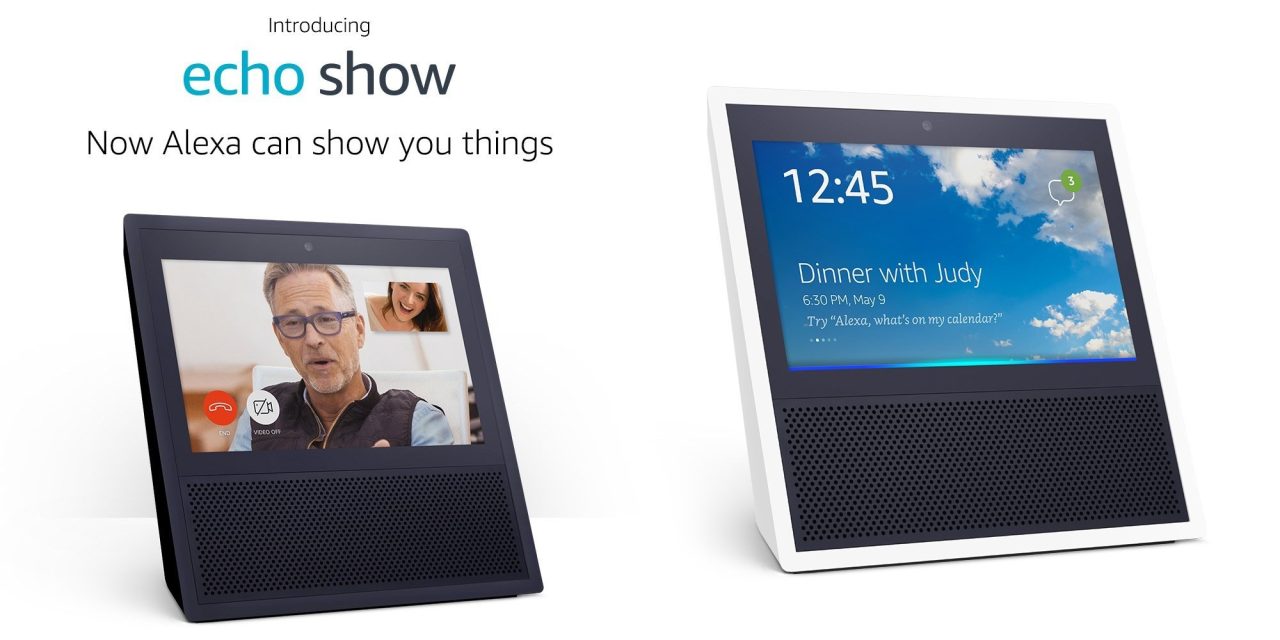 Amazon has announced its latest addition to the Echo family, the $229 Amazon Echo Show. Adding to its popular range of home virtual assistant devices, the Show combines the usual Amazon Alexa voice commands with a 7-inch touchscreen, displaying information like weather reports and music lyrics in response to your voice queries.

It also features a camera to enable video calls between friends and family. The Echo Show is up for pre-order now, available in white or black models, and is shipping to customers from June 28.

Building on the existing library of home voice commands offered in previous Echo products, now you can ask Alexa to play music and the Show will display music lyrics on the screen. Or ask Alexa to play a video and the device will start playing YouTube on the display.

Although the Show display is touch-sensitive, Amazon is marketing the product as hands-free. It expects users to rely on voice commands for input. The display provides a way to show additional visual information like the calendar schedule, weather forecasts and movie trailers.

The video calling feature is proprietary and enables conversations between other contacts with an Echo or anyone using the Android Echo app. You can also start voice calls with owners of other Echo devices that do not have inbuilt cameras.

Amazon is also touting a feature called ‘Drop In’ which allows you to connect to another Echo Show without the other person having to accept the call; Amazon says that this feature enables users to check in on an elderly relative or unobtrusively see if the baby in the bedroom is still resting. All Echo messaging and calling is free.

The Echo Show includes Dolby-powered speakers for music playback with supposed ‘crisp vocals and dynamic bass response.’ The device uses eight beam forming microphones to pick up your voice from any direction.

The Echo Show integrates with compatible home security cameras like Ring and Arlo to beam the video feed to the integrated screen. It also integrates with a myriad other smart home devices like lights and thermostats to serve as a central place to control your smart home.

The Amazon Echo Show costs $229.99 and will deliver to customers from June 28th. If you buy more than one, you can use promo code ‘Show2Pack’ to get a $100 discount on the order. See the product page on Amazon for more information.