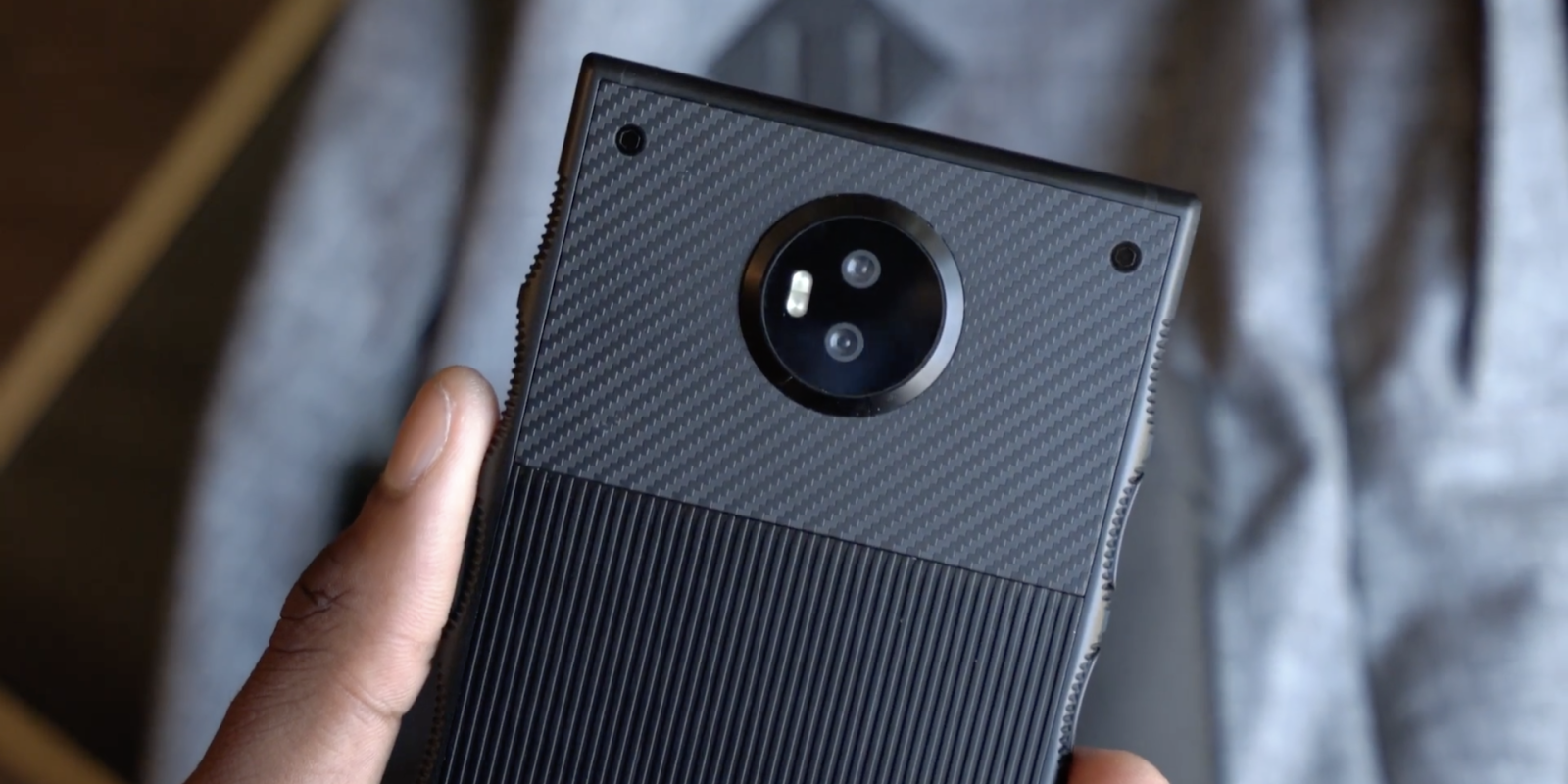 RED surprised the tech community last month when it announced the Hydrogen One, its first foray into the smartphone world. While we initially had very little information on the phone, the company gave tech YouTuber Marques Brownlee (better known as MKBHD) an exclusive first look at some of its early prototypes, revealing loads of new information.

The Hydrogen One features a unique design split into three sections around back; the upper portion housing the camera sports Kevlar, as does the bottom section with the pins for modular accessories, while the middle of the phone looks almost like a heat sink, with vertical lines over a metal panel. The front of the phone sports front-facing speakers, as well as a camera, notification LED, and a large RED logo beneath the 5.5-inch display.

Interestingly, there are textured divots all along the sides of the Hydrogen One (presumably there for comfort and a better grip), and the separated volume buttons curve as well to fit the styling. The power button along the righthand side hides a fingerprint sensor much like Sony’s phones, and there’s even a dedicated video button near the bottom.

Compared to the iPhone 7 Plus and OnePlus 5, the Hydrogen One is definitely a bit taller, though Brownlee notes in his video that it’s about the same size as the iPhone in a case. Its large camera is reminiscent of the Moto Z2 Force with its dual-lens system, though unfortunately we don’t know whether RED will use this setup for zooming, wide-angle shots, monochrome images, or something entirely new.

One of the only things RED initially revealed about the Hydrogen One was that it would sport a holographic display. Though Brownlee wasn’t allowed to show the display in action, he was given a demo with content shot specifically for the feature, yielding promising results.

Another crucially important feature of the Hydrogen One is its modular pin system, similar to Motorola’s Moto Mods, which should eventually lead to the phone being able to act as a “pocket cinema camera,” taking on mirrorless and DSLR-style cameras. RED is so confident in the Hydrogen One’s abilities, in fact, that it claims it should only be beat out by the company’s own dedicated cameras.

The RED Hydrogen One still has a long way to go before it begins shipping its pre-orders, but MKBHD’s first look gives us a whole new idea of what to expect moving forward.