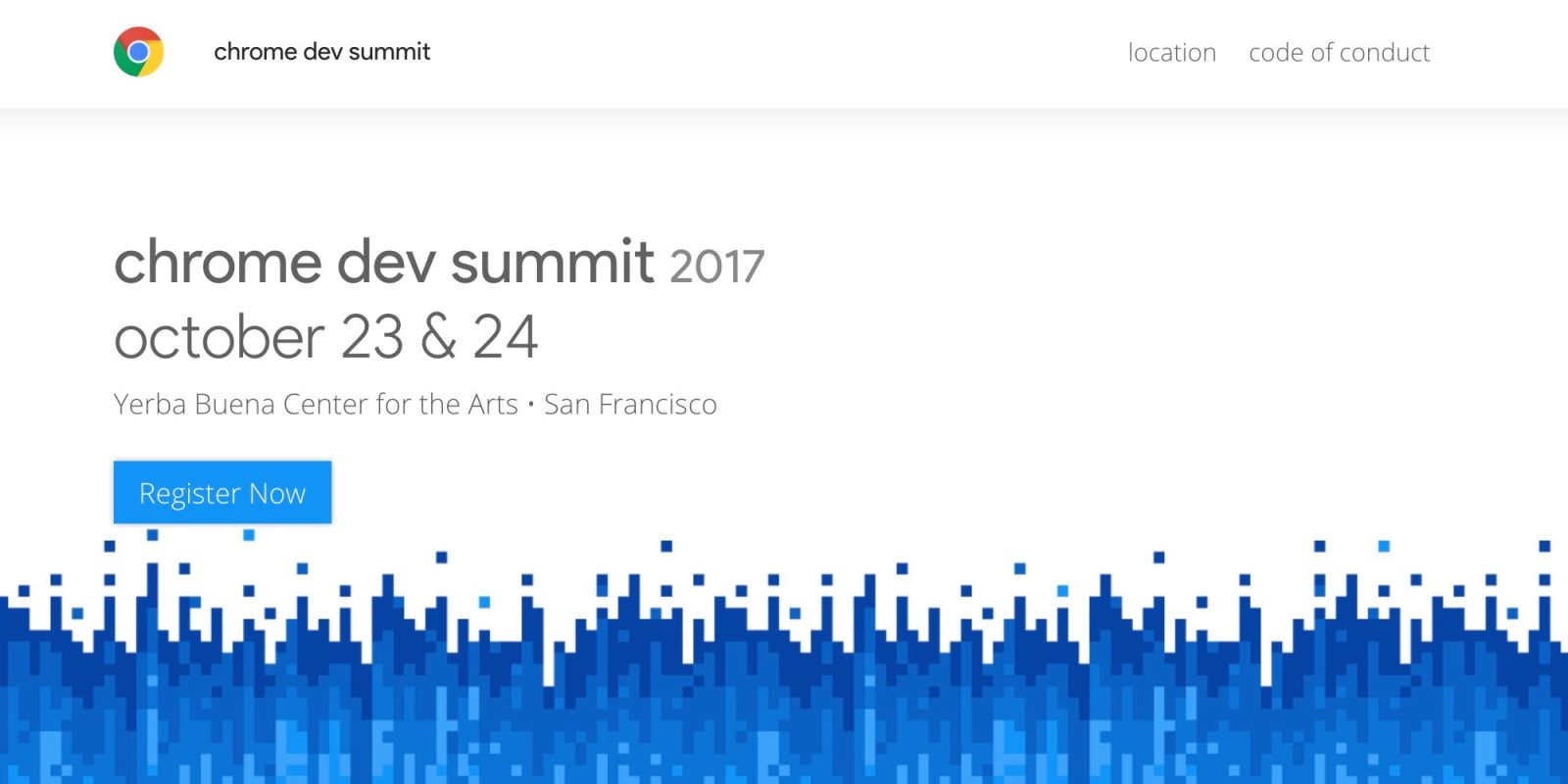 In recent years, Google has hosted a number of dedicated events for its key developer platforms. Smaller and more focused than I/O, these summits are well-regarded by developers. Google has just announced that the Chrome Dev Summit 2017 will be hosted this October in San Francisco.

Focusing on the web, the two-day event will feature a keynote where the latest Chrome stats are highlighted, followed by a number of sessions from Googlers and leading developers. This year’s event is unsurprisingly highlighting Progressive Web Apps, in addition to the V8 engine, WebAssembly, Frameworks, and Tools:

We’ll be diving deep into shipping fast and modern Progressive Web Apps, as well as looking at the new and exciting features coming to the web platform.

Like last year, there are code labs and the Dev Summit will likely again hold invaluable Office Hours where developers can discuss questions and issues with Google engineers directly.

For those who can’t attend, code labs will be posted online, while the keynote and sessions will be livestreamed via YouTube.

Registration is free with the event being hosted at the Yerba Buena Center for the Arts in San Francisco from October 23-24.