Late last year, Waymo unveiled a self-driving Chrysler Pacifica hybrid minivan as its main autonomous vehicle. Besides working with Fiat Chrysler on the car, Waymo also worked with Intel on various components, which was revealed today by the chip maker as part of a collaboration on self-driving technology.

Earlier this year, Intel spent a whopping $15 billion to acquire computer vision company Mobileye in order to enter the self-driving space with cameras, sensors, and software. However, this collaboration with Waymo appears to be limited to mostly providing processing hardware and not sensors:

This is not too surprising as Waymo has said in the past that its key advantage is the sensor suite that it developed in-house. In addition to providing close level of integration between hardware and software, it allows the Alphabet division to control pricing, as seen by the signficant cost reduction on sensors from $75,000 in 2009 to $7,500 today.

Google has been working with Intel on self-driving cars since 2009, but the Chrysler Pacifica marks the first time Waymo engineers worked with the chip maker from the design stage for closer integration.

The partnership also sees Intel supplying connectivity hardware to Waymo, while CEO Brian Krzanich notes the goal of reaching level 4 and 5 autonomy by working together:

As Waymo’s self-driving technology becomes smarter and more capable, its high-performance hardware and software will require even more powerful and efficient compute. By working closely with Waymo, Intel can offer Waymo’s fleet of vehicles the advanced processing power required for level 4 and 5 autonomy. 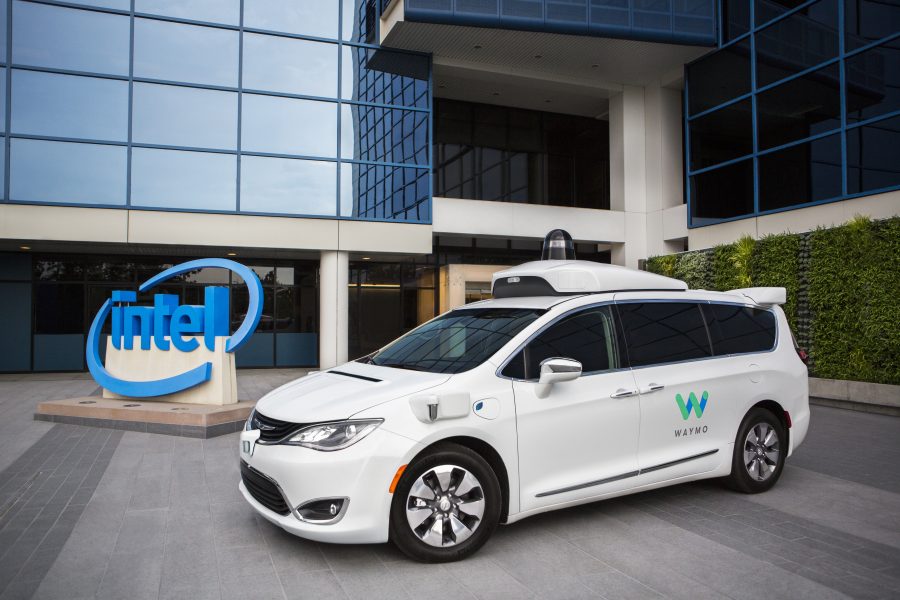