Google’s Pixel 2 event earlier today gave us a ton of information about the company’s two latest flagships, but as with any hardware event, you can’t learn everything from what’s said on stage. Since Google wrapped up its event, we’ve been digging into some of the details and discovered a few bits of information you might not have known…

The shipping delays have already struck…

Google’s original Pixel was a fantastic phone, but it’s biggest flaw by a long shot was the lack of availability. Google joked about this during the event and says it’s trying to do better with the second generation, but it’s already seeing delays. Within minutes of the devices going on sale through the Google Store, some models were already delayed. The most notable delay is on the “stormtrooper” or “panda” model (depending on your level of nerd). In either its 64GB or 128GB variant, the phone is delayed “6-7 weeks” with delivery estimates landing in late November.

The “Just Black” Pixel 2 XL is fairing a bit better with late October delivery, but we’ve already seen the dates slip by a few days. The standard Pixel 2, though, isn’t suffering from this, with all models shipping starting on the 17th.

One great change to Google’s order process this year, though, is that it has updated the store to better handle a lack of stock. Rather than having models just disappear from the store when stock is gone, Google will still let you place an order to reserve your unit as soon as its available. While it’s not a perfect solution, this is highly preferable to having minutes of stock every couple of weeks.

Google’s new Pixels still only feature one camera, but thanks to the company’s advanced work in machine learning, both phones are capable of using a “portrait mode” like some of its competitors. Google does this through the “dual pixel” sensors in both phones. Between that and Google’s incredible software, portrait mode looks incredible, even though the front-facing camera on pre-production software, as you can see from Marques Brownlee below…

OIS and EIS now work together for stunning footage

One of the few complaints about the original Pixel’s camera was the lack of optical image stabilization. While Google’s didn’t make it super clear in the presentation, the specs clearly reveal that these devices do indeed pack OIS. What’s fascinating, though, is that Google combines the power of both OIS and EIS to produce a super stable image. Having OIS should also help out, even more, when it comes to low-light photography.

Google’s new Pixels also feature a built-in e-SIM in addition to a standard nanoSIM slot. This is similar to some of Apple’s recent releases, but in this case, it’s specifically for Project Fi. Google explains this further in a blog post:

…on the new Pixel 2, Project Fi is making it easier than ever to get connected. It’s the first phone built with eSIM, an embedded SIM that lets you instantly connect to a carrier network with the tap of a button. This means you no longer need to go to a store to get a SIM card for wireless service, wait a few days for your card to arrive in the mail, or fumble around with a bent paper clip to coax your SIM card into a tiny slot. Getting wireless service with eSIM is as quick as connecting your phone to Wi-Fi. 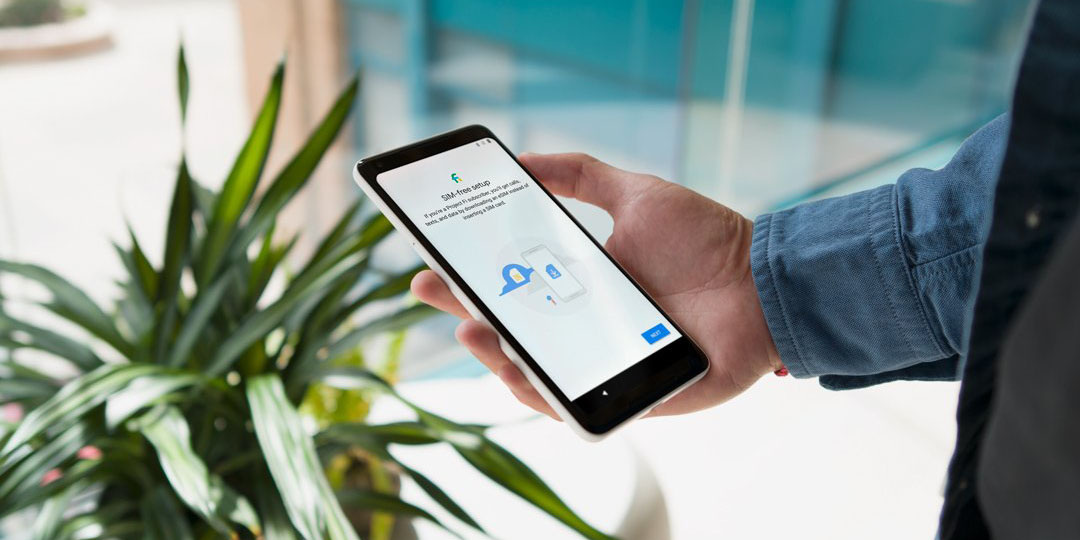 Get a free Google Home Mini with your pre-order

One of Google’s announcements today was the introduction of a smaller, more affordable Google Home in the Home Mini. That $49 smart speaker looks great, and Google is offering one to anyone who pre-orders a Pixel 2. It’s unclear how long this deal will stick around, but within 4-6 weeks of ordering your device, Google will send you a code that gets you a Home Mini free of charge.

T-Mobile is offering up to 50% off

The Pixel may be exclusive to Verizon Wireless, but like last year, T-Mobile isn’t letting that stop them from offering customers a great deal on the phone. If you buy a Pixel 2 or Pixel 2 XL through the Google Store, T-Mobile will give you up to $325, that’s to say 50% off of the price of the base model Pixel 2, if you’re using it on their network. While granted, you won’t see that same percentage cut off of the Pixel 2 XL or other storage tiers, it’s still a pretty significant offer. Better yet, you’ll get the cash up front instead of over bill credits like last time.

To take advantage of T-Mobile’s limited time offer of up to half off your Pixel 2, simply purchase an unlocked Pixel from Google, Verizon or other original retailer, port in a number or activate a new line of service, sign up for T-Mobile ONE and enter the deets at T-Mobile’s online validation site. Existing customers can get in on the deal too when they add a line of T-Mobile ONE or Simple Choice Unlimited. Your money will be mailed to you in a MasterCard card (for a grand total of $325 or half the cost of a 64GB Pixel 2).

Google’s smartphones get about 2 full years of major updates, with some getting a little extra. That’s a good policy, but Apple beats Google out, by a lot in this area. With the Pixel 2 and Pixel 2 XL, Google is offering a bit more. Mentioned briefly on the Pixel’s listing, the device will apparently get 3 years of software and security updates.

Unlimited Photos Backup only lasts until 2020…

One last tidbit here — the unlimited full quality photo backup that help give the Pixels value, yeah that only lasts 3 years this time around. Google never put an expiration date on this feature on the original Pixel, but on the Pixel 2 family, the Google Store listing clearly mentions that it’ll only go through 2020 (via Android Police).