Sundar Pichai on Google being a global, but local company, AI, data, & taxes at Davos 2018 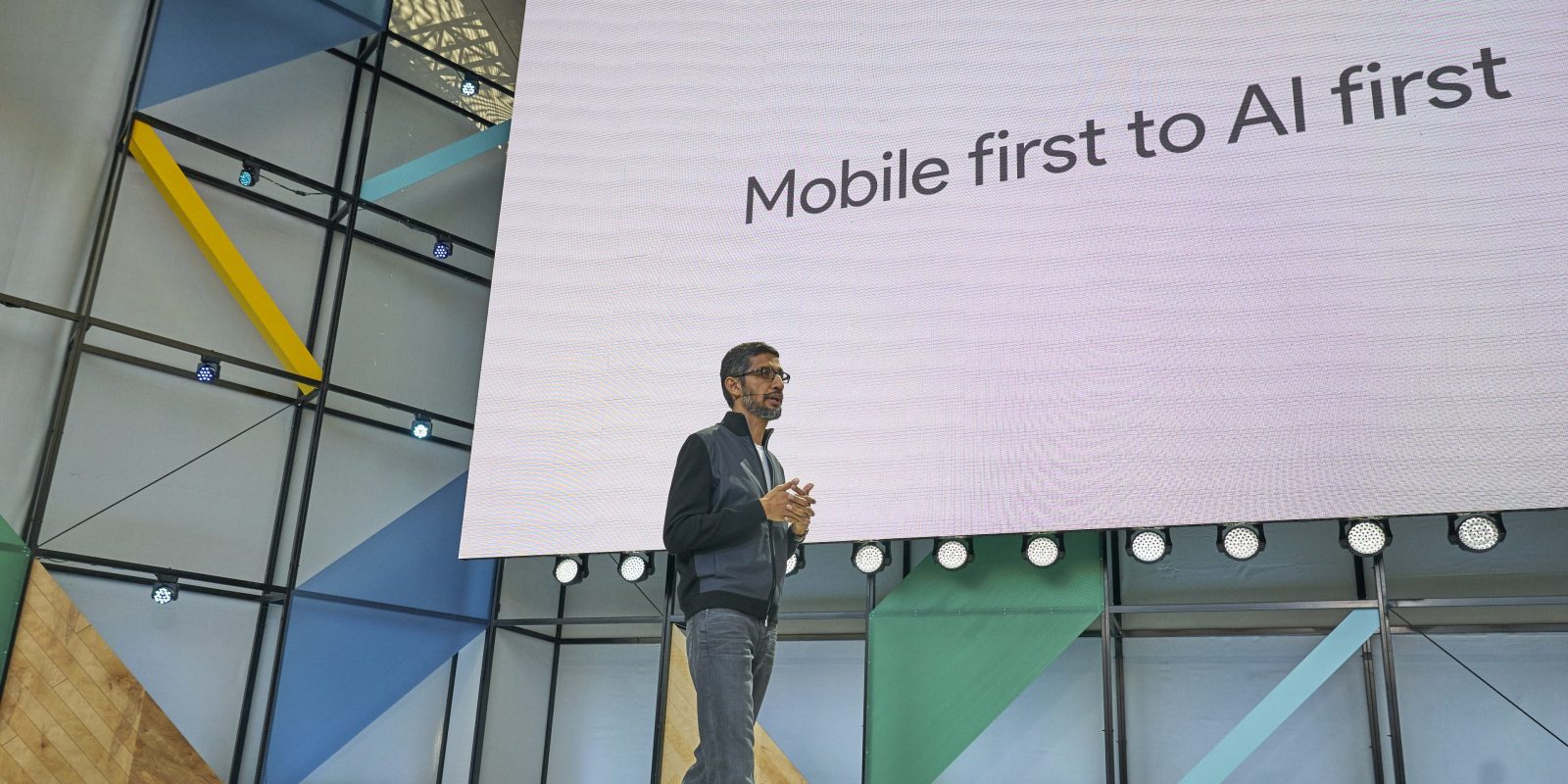 With the 2018 World Economic Forum underway in Davos, Switzerland, Sundar Pichai took to the stage for a one-on-one interview. Artificial intelligence and its impact were unsurprisingly big areas of discussion, with the Google CEO offering ways to mitigate risks. Meanwhile, data and taxes were also brought up.

Interviewed by WEF founder Klaus Schwab, the discussion began with an anecdote of how an unnamed prime minister claimed that there were “only 5 real global powers.” Three were countries and the fourth was Google.

Pichai acknowledged that there is a responsibility to serving billions of users a day. “We want to be a global company, but we want to be local in every country we operate in.”

“With this comes the responsibility to engage better with society. And so understanding that, being open to feedback, and really interacting and engaging more with the external world is a big part of the realization.”

Later on, the topic of data ownership was brought up. Pichai said that Google operates on the framework that its users trust the company. Adding that trust “is something easy to lose, if you are not good stewards of it.”

Lastly, on taxation — the common critique of tech companies — Pichai said, “We are happy to pay a higher amount, whatever the world agrees on is the right framework.”

Touching on the move from a mobile first to AI first world, Pichai continues to believe that the “core mission of Google, in some ways, is a timeless mission.” Rather, the company can “do it radically better with AI.”

“AI is probably the most important thing humanity has ever worked on. I think of it as something more profound than electricity or fire. And anytime you work with technology, you need to learn to harness the benefits, while minimizing the downsides.

Stepping back, when you think about a lot of problems in the world, it’s because we typically have a constraint on resources. AI for the first time, I think, over time, offers a different construct. Things which are constrained and look like a zero sum game today may not be so in the future.”

He cited education and clean, cheap renewable energy as examples of what AI can help improve. In discussing concerns, Pichai noted that it’s “Good we’re talking about it. As humanity, the way we solve things is by getting concerned about them.”

“The risks are important. And I think the way we solve it is we think ahead. We worry about it, we do things like be up front… Think about AI safety from day one. Be very transparent and open in how we pursue progress there. And figure out global frameworks by which we could engage.”

In fact, he equates it to the Paris Agreements for finding a global solution to climate change.

But overall, Pichai believes that despite this disruption, technology will continue to have a positive impact: