Review: 4 months later, the OnePlus 5T is still the best value in an Android smartphone 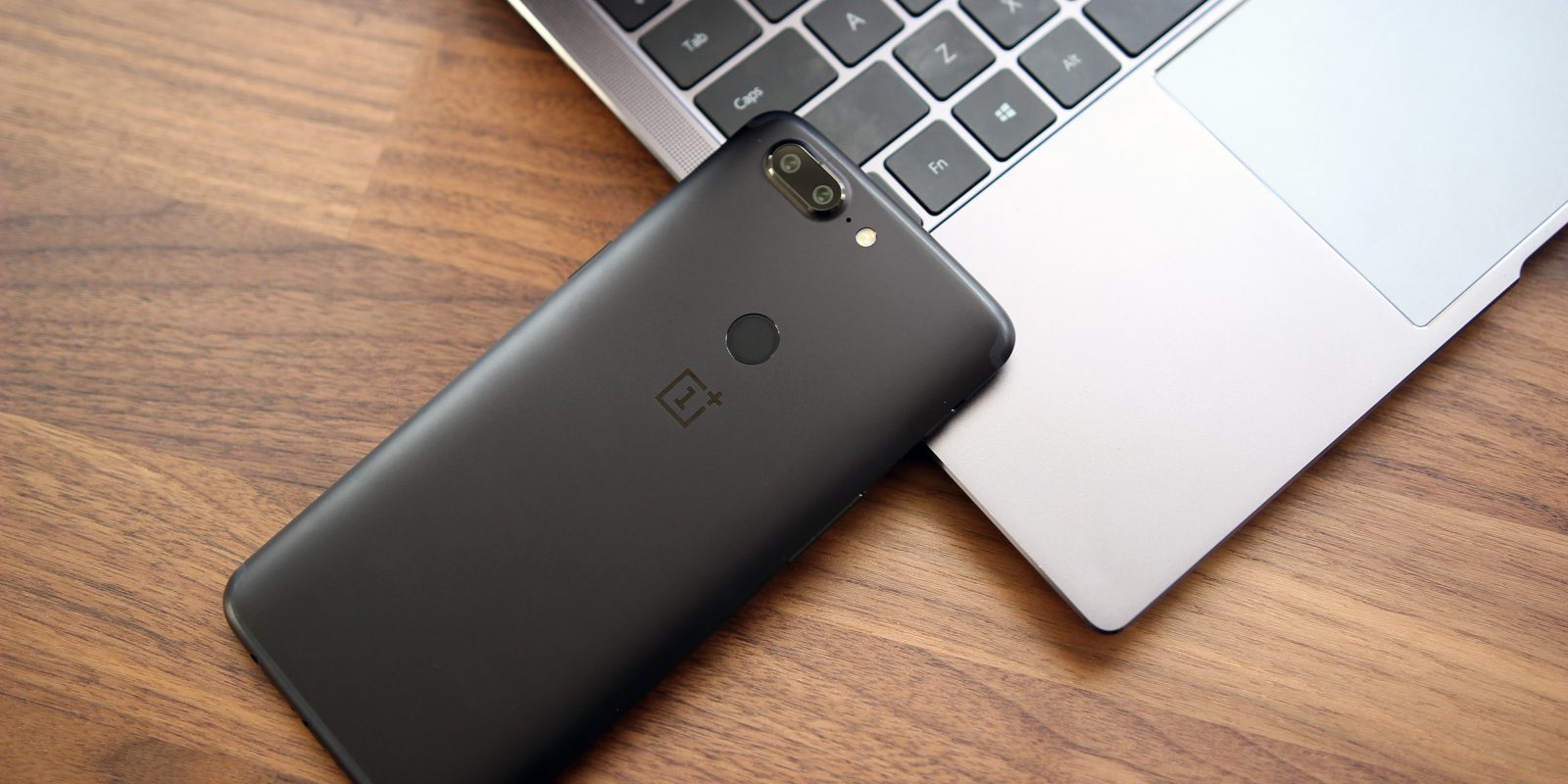 Last year we saw a trend that absolutely no one was in favor of, higher smartphone prices than ever before. Right as mid-range devices started getting good enough to turn some people away from flagships, everyone decided reaching nearly a thousand dollars for a smartphone was completely acceptable.

However, there are still phones that can blow you away for far less money. That’s where the OnePlus 5T comes in. It packs nearly everything you’d expect from a flagship, but for half the price.t

Obviously, we’re a bit late to reviewing the OnePlus 5T. After launching last November, the phone finally got into our hands earlier this year and I’ve spent the past several weeks using it in rotation with the Google Pixel 2 XL. So, for this review, I want to talk more about how the OnePlus 5T is the best Android phone outside of the Pixel, and why it’s the best value in an Android smartphone today.

A clean, well-thought out design

First, that starts with the hardware. OnePlus has crafted a beautiful phone here, with an incredibly simple design. The matte-black back has a smooth, soft touch to it, feeling premium thanks to the aluminum construction. It’s incredibly slick, which forced me to toss a case on it when out of the house, but it feels and looks great.

The texture extends to the sides of the phone, but you get some grip here thanks to the way they round off. The buttons are also comfortably placed and are very tactile as well. OnePlus also has an excellent, appropriately placed fingerprint sensor. I also adore the alert slider built into the side of the phone, because I always appreciate tactile controls over anything. Being able to swap my ringer settings on the fly is just fantastic. If you don’t use it, though, the placement is smart enough to where it won’t get in the way (something other OEMs could learn from).

The hardware here is good enough to where its quality speaks for itself. Where even some flagships have to make excuses for their materials or feel in the hand, the OnePlus 5T just feels premium. That’s especially impressive when you consider the $500 starting price of this phone. 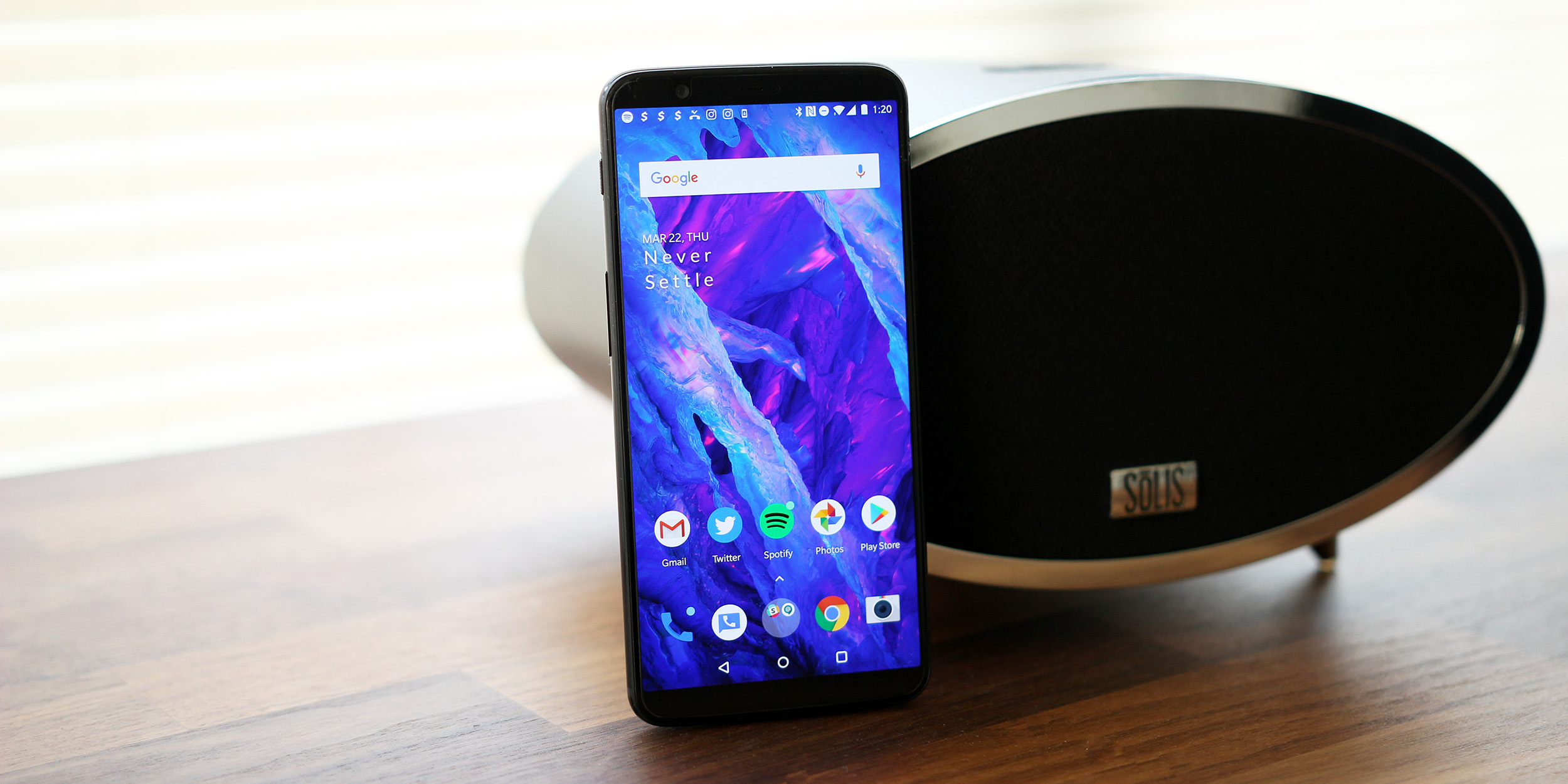 A display worthy of any flagship

OnePlus’ 6-inch OLED display is simply fantastic. The colors are vibrant and brightness, while a bit low at times, is more than acceptable. With the Pixel 2 XL that usually sits in my pocket having as many display shortcomings as it does, it’s been fantastic using a display that meets my standards much better.

Personally, I use a Pixel because I adore Android in its pure form. When you deviate from the Pixel, things generally change, and it’s rarely positive. With OnePlus, though, things get better for the most part. The company’s Oxygen OS doesn’t mess much with the core of Android, and actually improves it for the better in a lot of ways.

Oxygen OS is the product of listening to fans. Theming and customization are at the core of the experience, but it never compromises Google’s vision of the OS as a whole. I love being able to toggle on a dark mode, set my accent colors, and toggle every feature in the book. 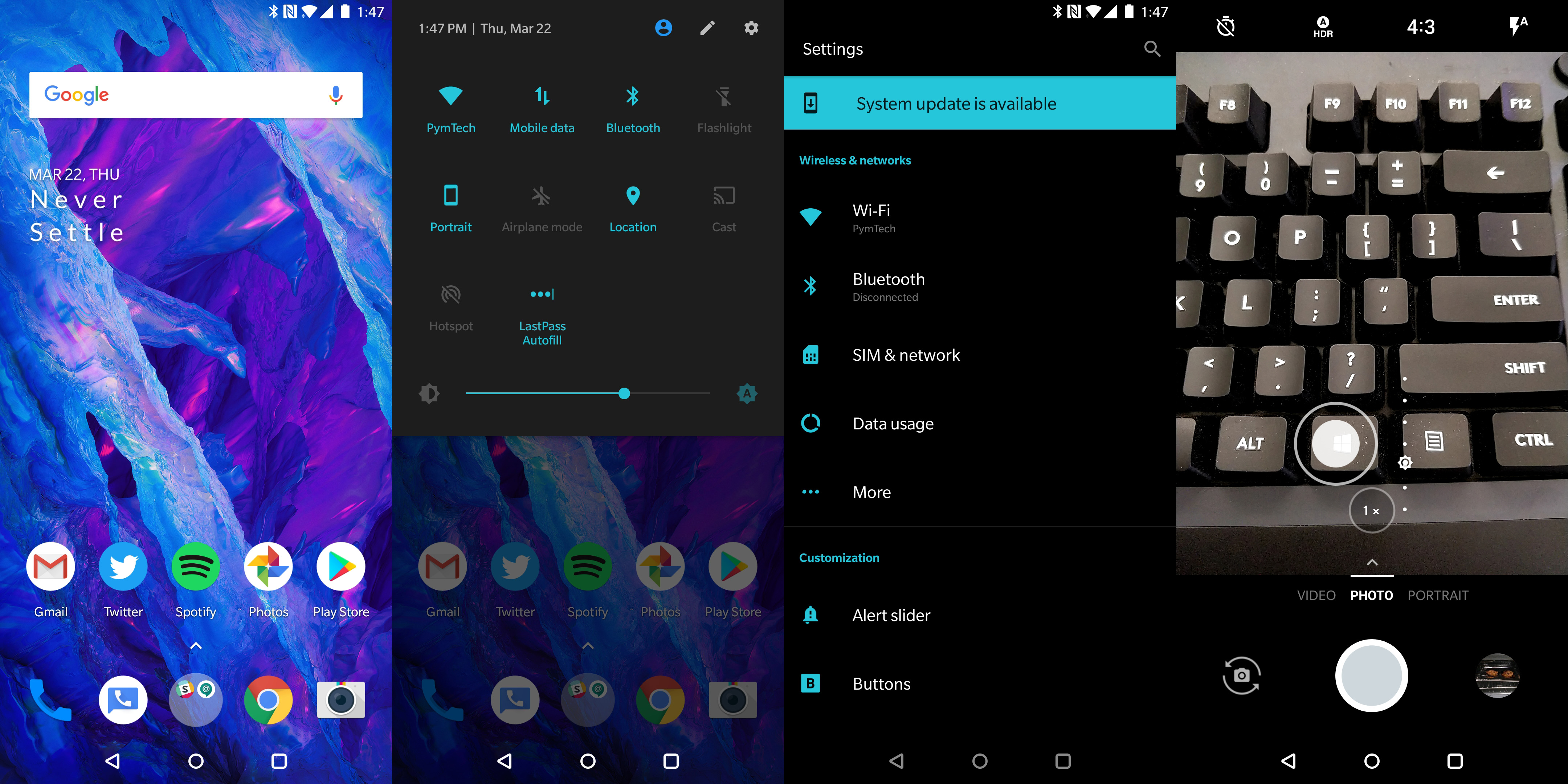 It’s still not a Pixel, but this phone runs without skipping a beat

Performance is key to a software experience, though. Here, OnePlus delivers thanks to a frankly ridiculous set of specifications. The Snapdragon 835 paired with 8GB of RAM flies through Android and multi-tasks better than any other phone I’ve used. There are some hiccups from time to time, but overall it’s solid.

My only complaint is that it takes these ridiculous specifications to get such a good experience. Google’s Pixel runs on half the RAM of the OnePlus 5T, yet offers an experience just as fast if not arguably faster. Naturally, that makes me wonder if OnePlus will remain as impressive as it is when Google’s spec sheet catches up (not that it really needs to).

OnePlus is better than most with updates

The biggest thing, though, is updates. When it comes to software, you can have the cleanest, most functional skin on top of Android, but it doesn’t matter if the core doesn’t stay updated. Here, OnePlus admittedly performs far better than most. 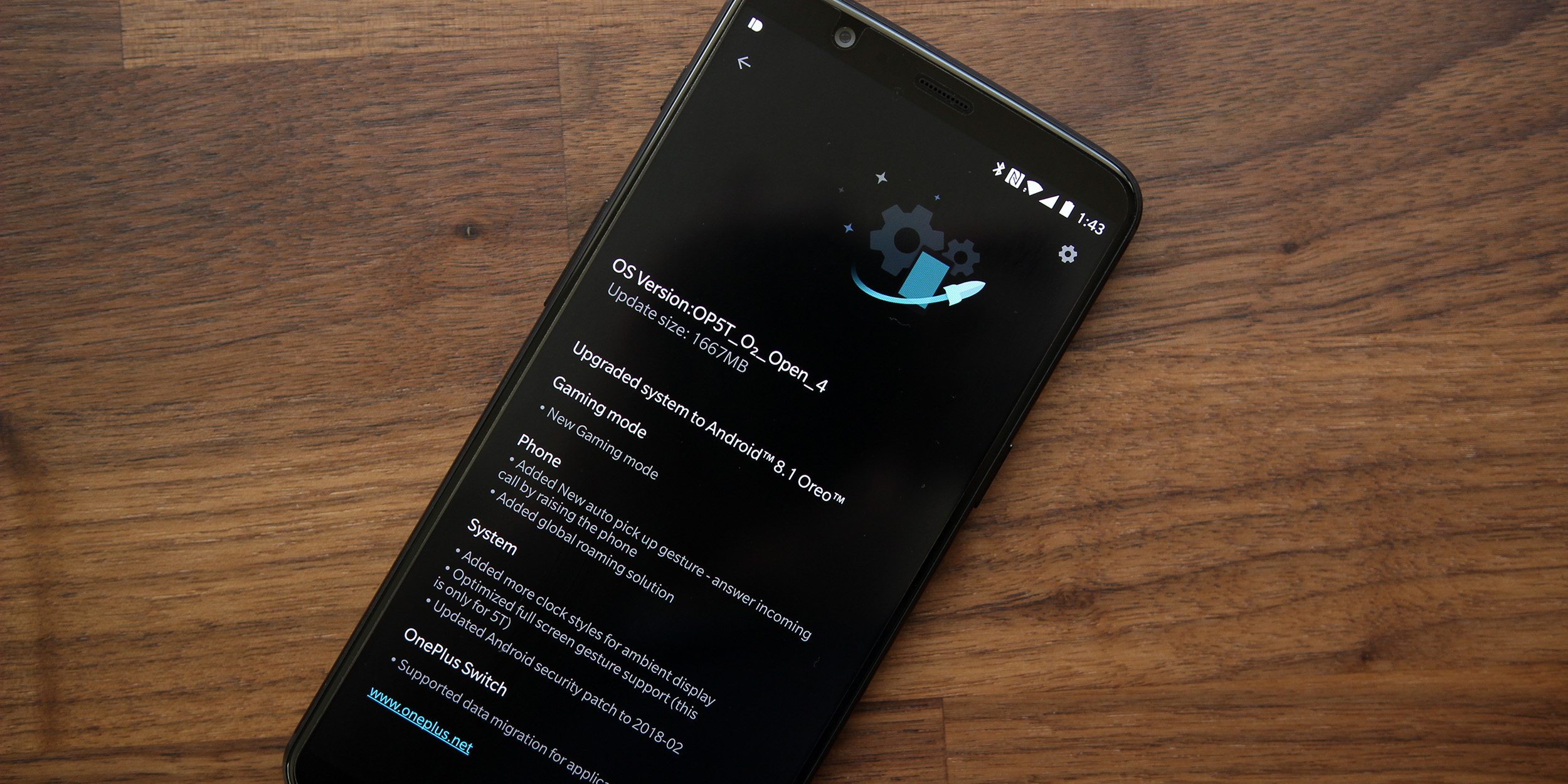 It may have taken a while, but the OnePlus 5T runs Android Oreo, and updates to 8.1 are on their way. You should still only buy a Pixel if you want quick updates and timely security patches. If you can’t afford one, though, OnePlus is your best bet.

A fingerprint sensor and Face Unlock, how it should be done

With the debut of the iPhone X, Android OEMs are in a frenzy to bring facial recognition as a biometric method of unlocking smartphones. With the 5T, OnePlus brought along the same thing. A new, insanely fast face unlock option is available for users who want facial recognition in their smartphone, and it works really well. After registering, the phone can recognize a user and unlock in the blink of an eye. 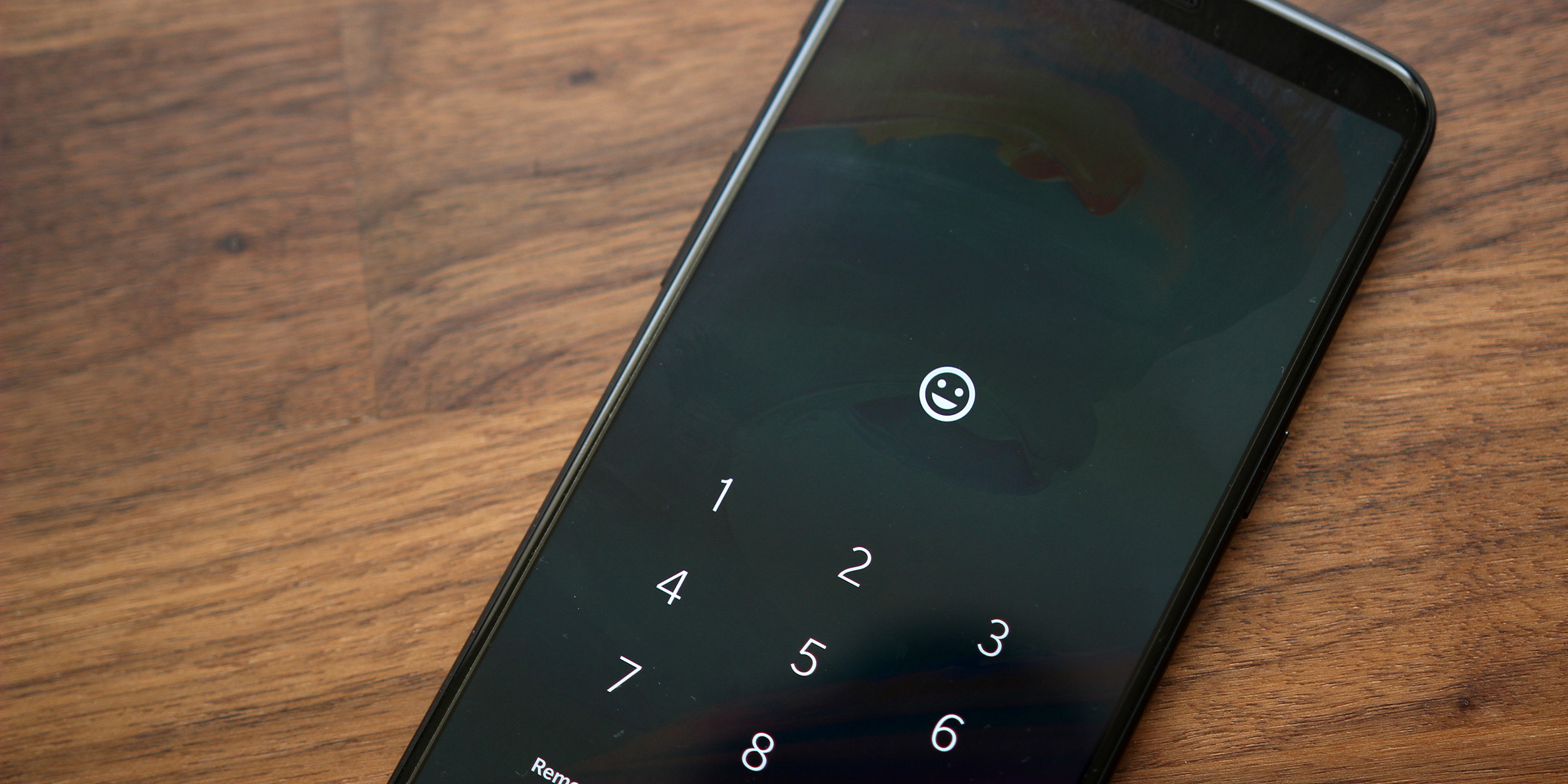 However, where OnePlus kept me on board was that this wasn’t the only option. Despite no longer having room up front for a fingerprint sensor, the company kept it by switching it to the back. By doing that, we get the best of both worlds.

It’s a good camera, but nothing impressive

With any phone that doesn’t charge a premium price tag, the cameras are generally one of the first areas to suffer. This is something OnePlus has struggled with for quite some time, but it’s gotten far better over the years.

The OnePlus 5T ships with a dual-camera system on the rear which consists of a primary 16MP sensor and a secondary 20MP sensor. You’ll be using that primary sensor most of the time, but when you’re in low-light situations, OnePlus swaps to the 20MP sensor. Both are the same focal length and offer an f/1.7 aperture.

In reality, OnePlus’s camera isn’t bad at all. Shots taken on it are clean and pack plenty of detail, but the processing and dynamic range could use some work.

It’s far from terrible, but with options like the Pixel 2 and Galaxy S9 on the market, it’s hard to argue that OnePlus has a winning camera. At this price point, though, it’s probably one of the best. 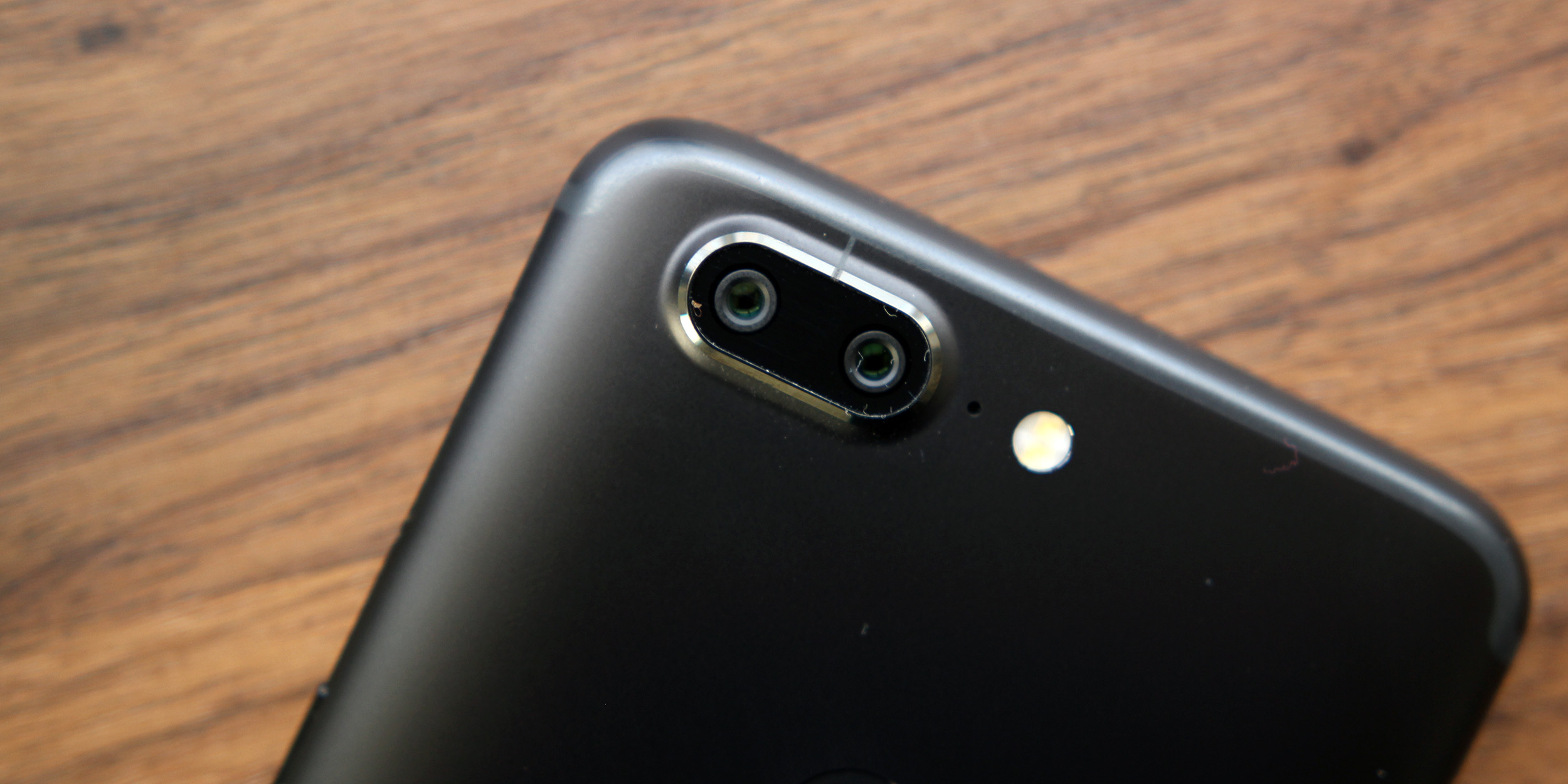 One of the best you can get

Where OnePlus really shines is battery life. Packed inside of the OnePlus 5T is a 3,300 mAh battery and it lasts quite a while. I can easily get through a day of heavy use with battery to spare. The only phone that really rivals this endurance is the Pixel 2 XL, but the difference is negligible.

On top of the battery endurance, OnePlus also manages to stuff in some epic charging. The OnePlus 5T comes with the same Dash Charge system we’ve seen on the past several devices, and it pulls in power incredibly quickly. It’s great in a pinch, but you can also charge with a standard charger if you don’t need that much speed.

One area I feel OnePlus can really improve is with its speakers. As more and more OEMs are improving this feature with things as simple as using the earpiece to create a faux-stereo experience, the OnePlus 5T feels like a massive step back with its easy to cover bottom-facing speaker.

I’LL STILL TAKE A PIXEL THOUGH |

OnePlus undercuts Google without compromising much, but it still doesn’t quite match up, at least for me

When it comes to smartphones, everyone has their favorite. Admittedly, I’m biased towards Google’s Pixel, but that’s not really all that crazy to say. The Pixel 2 XL may be flawed in crucial areas like the display, but it one-ups most of the competition with the best performance, some of the best battery life, a great design, amazing speakers, and what is without a doubt the best camera on a smartphone.

It’s hard to compete with that, especially when you continue to factor in the software. Google’s Android version loaded on the Pixel is clean, fast, and easy to use. Not to mention that you shouldn’t buy any other phone outside of a Pixel when it comes to software updates, it’s just unmatched.

However, what OnePlus has crafted in the OnePlus 5T is the Pixel 2 XL that everyone can actually afford. At a starting price of $499, it’s hard to argue that you’ll find a better value in the Pixel, and for a lot of customers, OnePlus is going to be the better option. 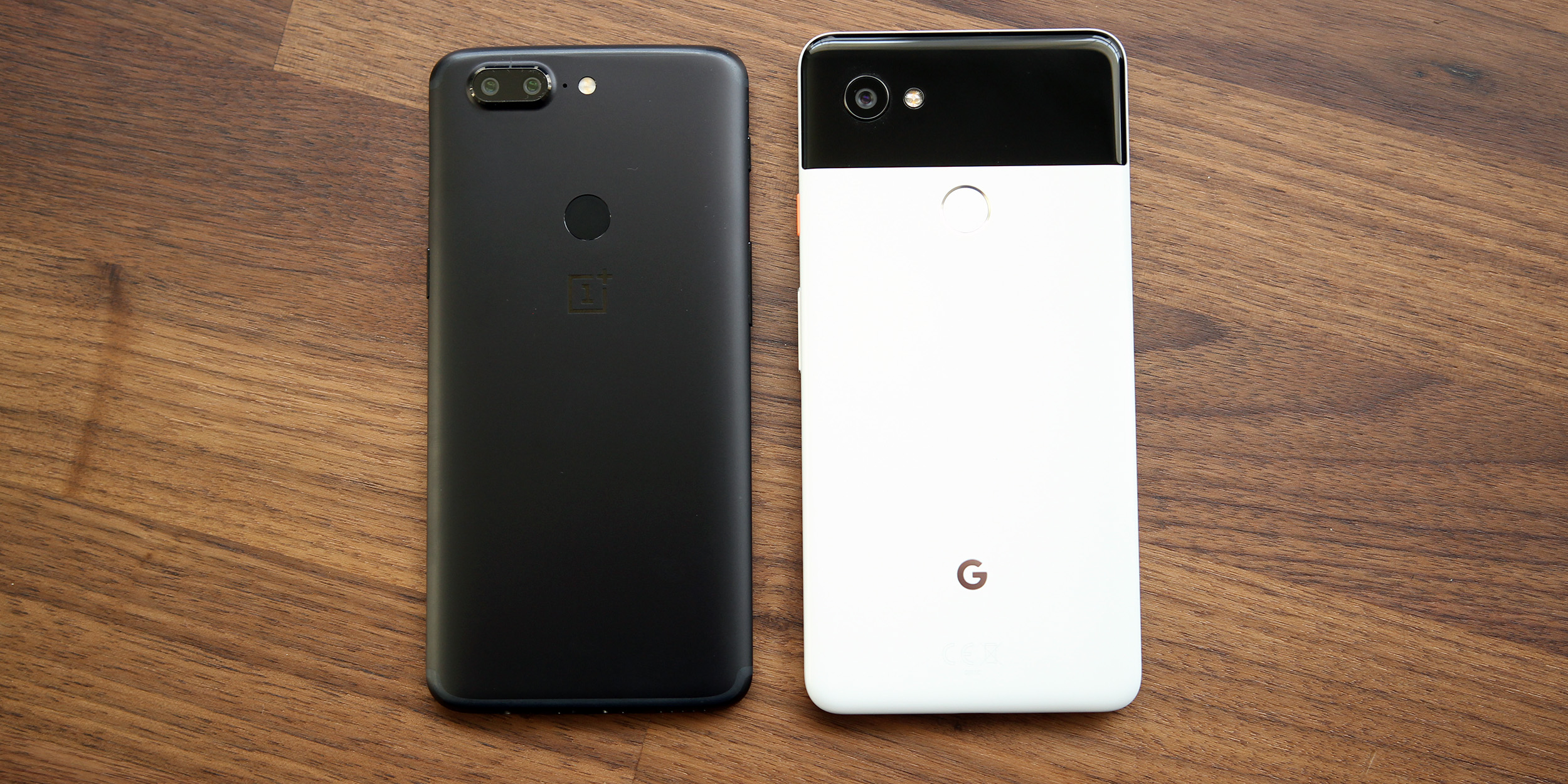 If you can take a downgrade on the camera, a delay in updates, and some of the other slight downsides of this phone, you should absolutely pick it up. Even if those are important to you, I don’t think you’d be disappointed with a OnePlus 5T over any other phone on the market. The 5T is without a doubt the best value in a phone right now.

WHERE THINGS CAN IMPROVE ON THE ONEPLUS 6 |

At the time of publishing this review, rumors are already swirling around the OnePlus 6. After all, OnePlus has essentially switched to a 6-month release schedule. Right here right now, it’s probably not the best idea to pick up a 5T, but we can look at it to see where OnePlus can improve on the next iteration.

We already know that the OnePlus 6 is going to switch to a metal/glass sandwich design, and that it’s very likely going to pick up a display notch and taller aspect ratio. Those are debatable changes, but there are some clear areas the company can improve its flagship.

For one, quicker updates would be amazing. As I mentioned in-depth, Oxygen OS is incredibly good, but waiting a few months for a stable build of the latest OS isn’t great. Hopefully, Project Treble support in the OnePlus 6 (since it launches with Oreo) will help remedy that.

Another area I would have loved to see improved is the radios. As a Verizon customer, I was disappointed I couldn’t use the 5T on my personal line, resorting to an AT&T SIM card and my Google Voice number instead. With competitors like Essential and Google offering universal compatibility with their unlocked phones, it would be great to see OnePlus jump on board and truly make its devices the best value anyone can get.

Aside from that, there aren’t many things I could say would improve the OnePlus 6, except for water resistance, because that’s always appreciated.