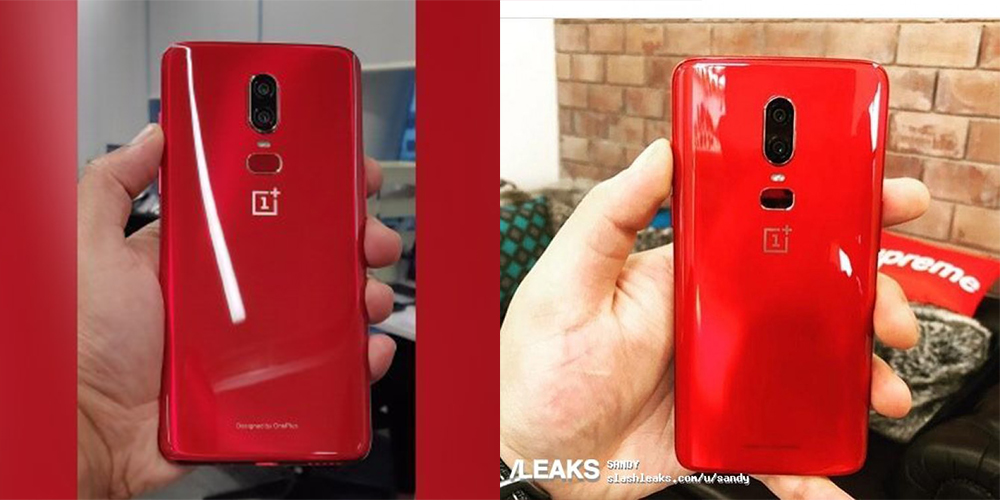 A couple of days ago, OnePlus began teasing a red OnePlus 6. Despite the release date being set for tomorrow, July 2, alleged photos of the new colorway have already shown up online.

As you can see from the two photos of the OnePlus 6 below, the upcoming red colorway is as bright and vibrant as ever. It appears that OnePlus chose to use a silver color to accent its logo, the ‘Designed by OnePlus’ text, and around the dual rear-facing cameras. While this matches the current OnePlus 6 design, it differs from the black accent used in the red OnePlus 5T variant.

Unfortunately, neither image gives us a glimpse of the front of the device. But as all three of the current variants share a black bezel, chances are that we’ll see that again on this model.

Typically, when OnePlus releases new color options, the company only sells the phone with the best specs available. In this case, this will probably mean 8GB of RAM and either 128GB or 256GB of storage. So unless OnePlus changes the current pricing structure, this red variant will likely cost between $579 and $629.

We will learn more about this new red OnePlus 6 model tomorrow, July 2, when the company is set to officially unveil it.