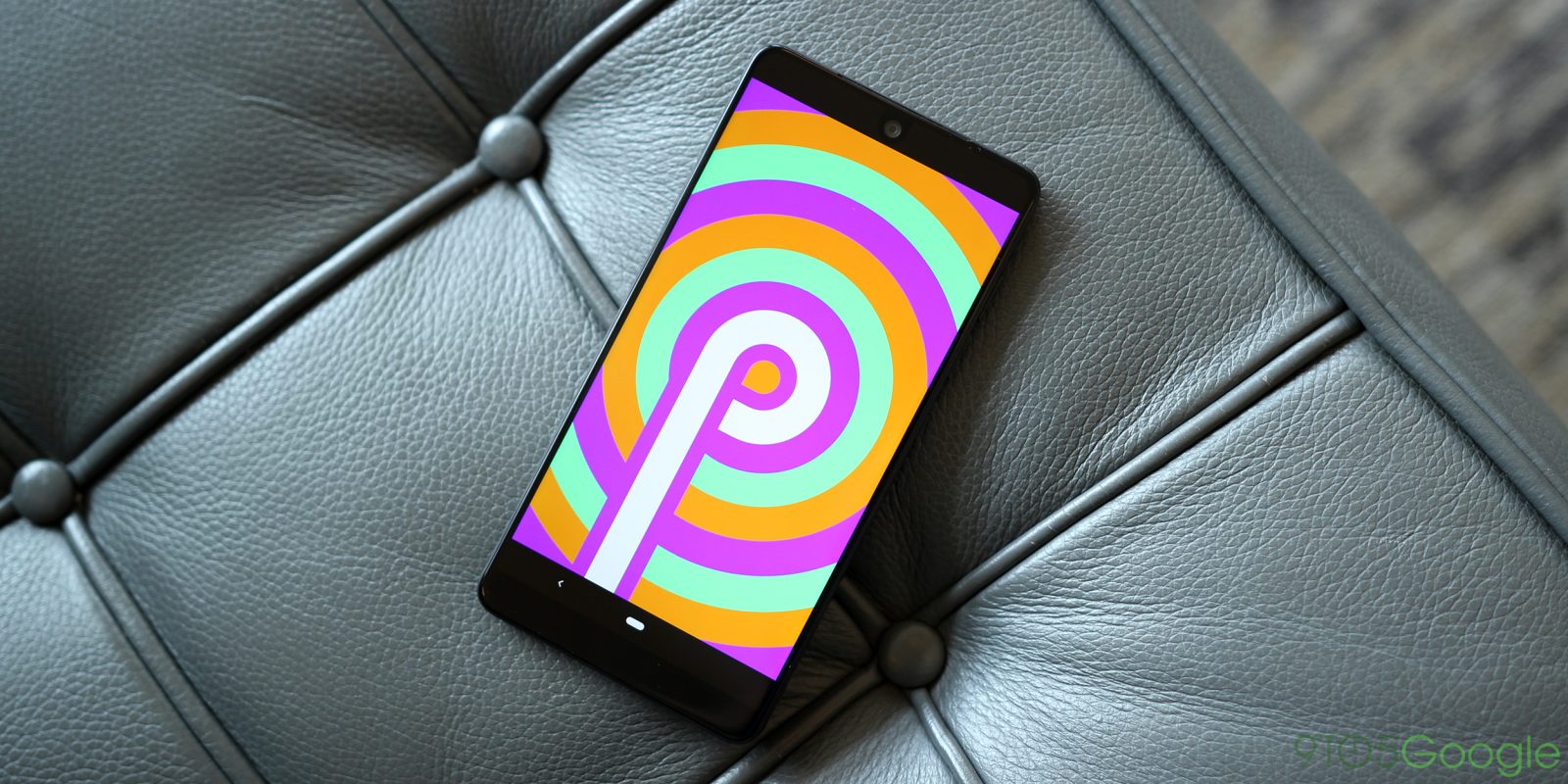 In Android’s history, there’s really only been one place to go for steady software updates, and that’s Google’s own hardware. Whether under the Nexus or the Pixel brand, Google was the only place you could really go for reliable, quick updates to Android.

Fast forward to 2017 and Andy Rubin, the father of Android, launched the Essential Phone with the promise of timely updates, and oh boy did they deliver…

The Essential Phone, or PH-1, launched in 2017 to very mixed reviews. Pretty much everyone, myself included, liked the phone in a lot of ways, but the camera and issues with overall performance made it a very hard device to recommend for its original $799 price tag.

Now, everything has changed. The Essential Phone has continually gotten upgrades to fix performance issues, improve the camera, and it now costs just $499, if not significantly less. Now that Android Pie has arrived, I thought it would be good to take another look at the phone and see how things are at this point.

When I reviewed the Essential Phone for the first time, I couldn’t stop praising the hardware, and that continues today. The ceramic/titanium build is still among the best the Android market has to offer.

It’s a compact design with a large screen, a gorgeous design, and some cool aesthetic variants. The standard black is nice, I love the white option, and the recently launched Halo Gray is honestly one of the sleekest colorways I’ve seen on a device. Of course, the “Ocean Depths” color is still my absolute favorite, but that was only a limited edition run, unfortunately.

The display has also held up well over time. While the PH-1 hasn’t been my daily driver, scratches on the display are basically non-existent, and it doesn’t ever feel like a downgrade moving to this display from other devices. Sure, I still wish it was OLED, but it’s fine at the end of the day, and as far as the notch is concerned, I still think Essential has the best take. 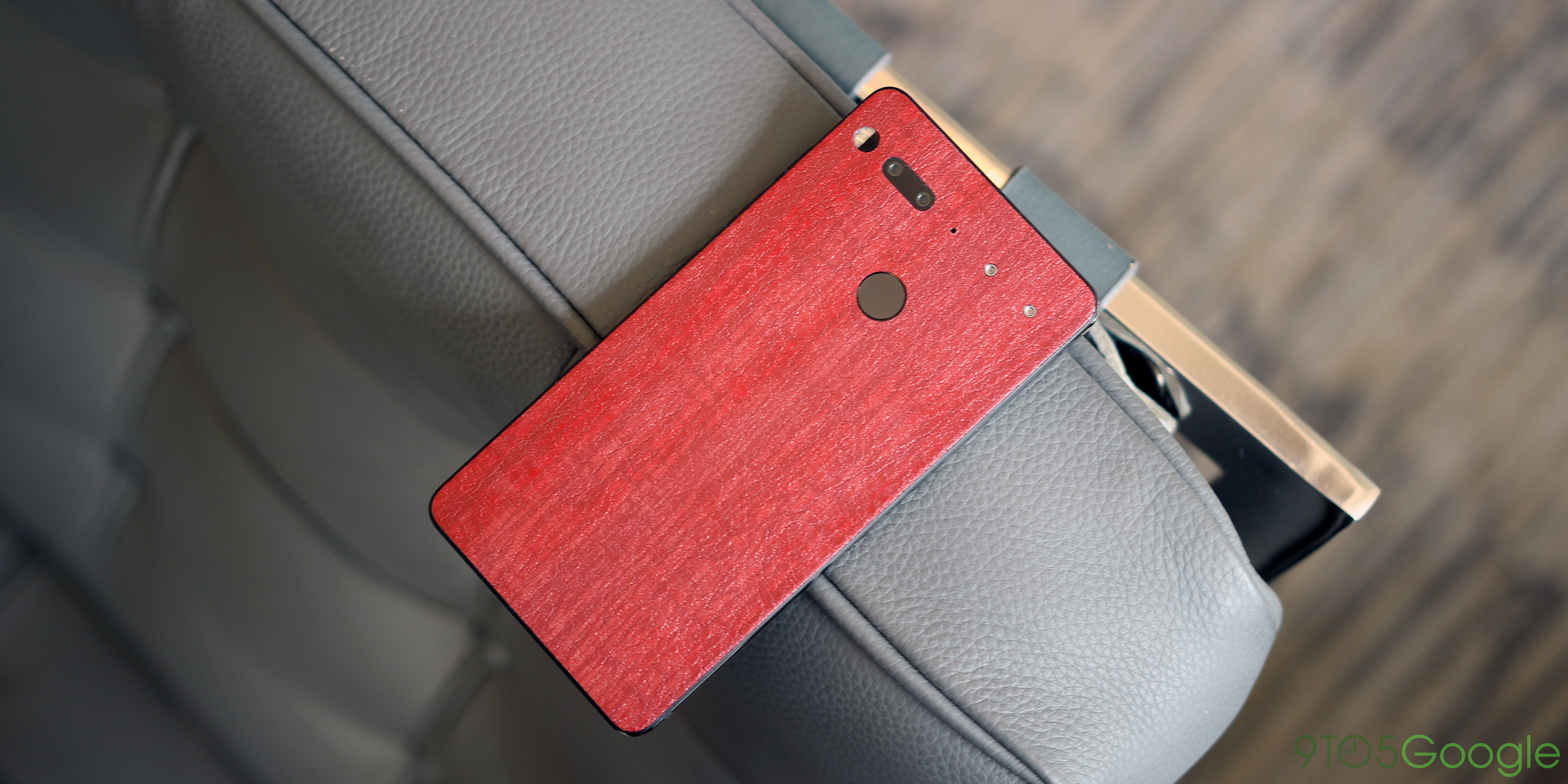 Where things really shine on the Essential Phone is in the software. When this phone first launched, that software was a bit of a mess. It had a lot of touch latency issues, tons of janky scrolling, and it just did not feel like a phone with the specifications it did have.

Over time, Essential has done a lot to fix those issues, and with Android 8.1 Oreo, most have been resolved. Now with Android Pie, the Essential Phone feels pretty darn good. The experience carries over just about everything the Pixel has, including the new navigation gestures which feel right at home on this hardware, as well as all of the new design changes.

Performance still doesn’t feel quite as good as a Pixel or a Galaxy when it comes to scrolling, and the software does bug out from time to time, but overall, it’s about as good as any other phone you would buy today.

What’s important here, though, is what comes with that software. There’s a clean, near-stock build of Android here, and Essential has done an amazing job in keeping everything up to date. 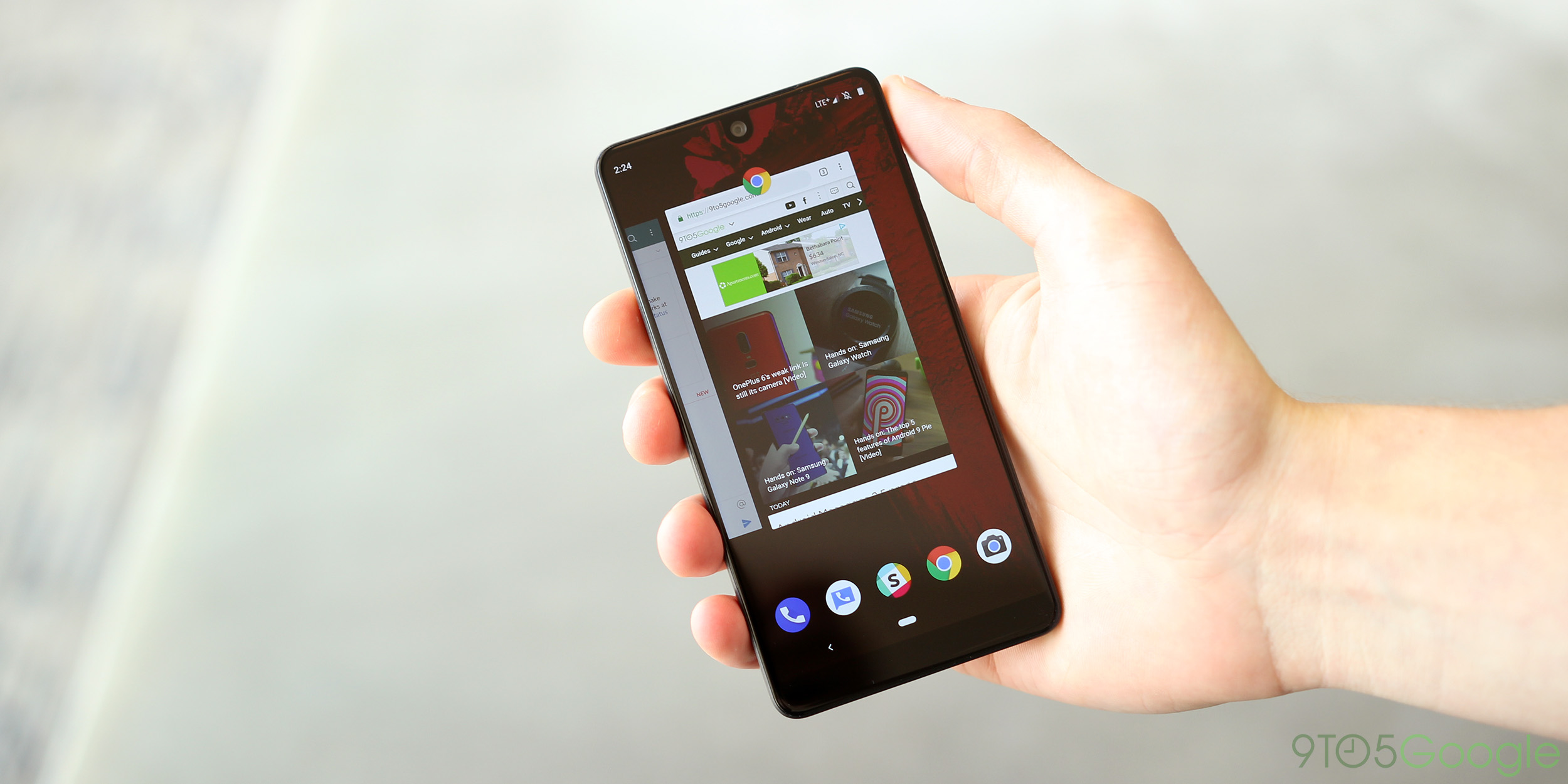 Essential gets it, updates are important

I’ve said it several times at this point, but I can’t commend Essential enough on how it has been handling updates. The PH-1 has been getting its monthly security updates not only consistently each month, but generally within a day or even an hour of the Pixel. This is something everyone should be doing, but Essential is the only company getting it right, and they’ve committed to the same update policy as Google.

Most impressively, the Essential Phone got Android Pie on the same day as Google’s Pixel devices, with the OTA landing before some Pixel owners even manage to download it. This has never happened in the history of Android, with Motorola’s Moto X being the closest with a limited KitKat rollout that beat the Nexus 4 back in 2013.

This right here is why I can’t help but recommend the Essential Phone every time someone asks me for a phone. If I know they’re on a tight budget, and especially if they’re on Verizon, it’s a phone that’s high on my list. I recently picked one up to give to my significant other, and now even my younger sibling has purchased one for himself. 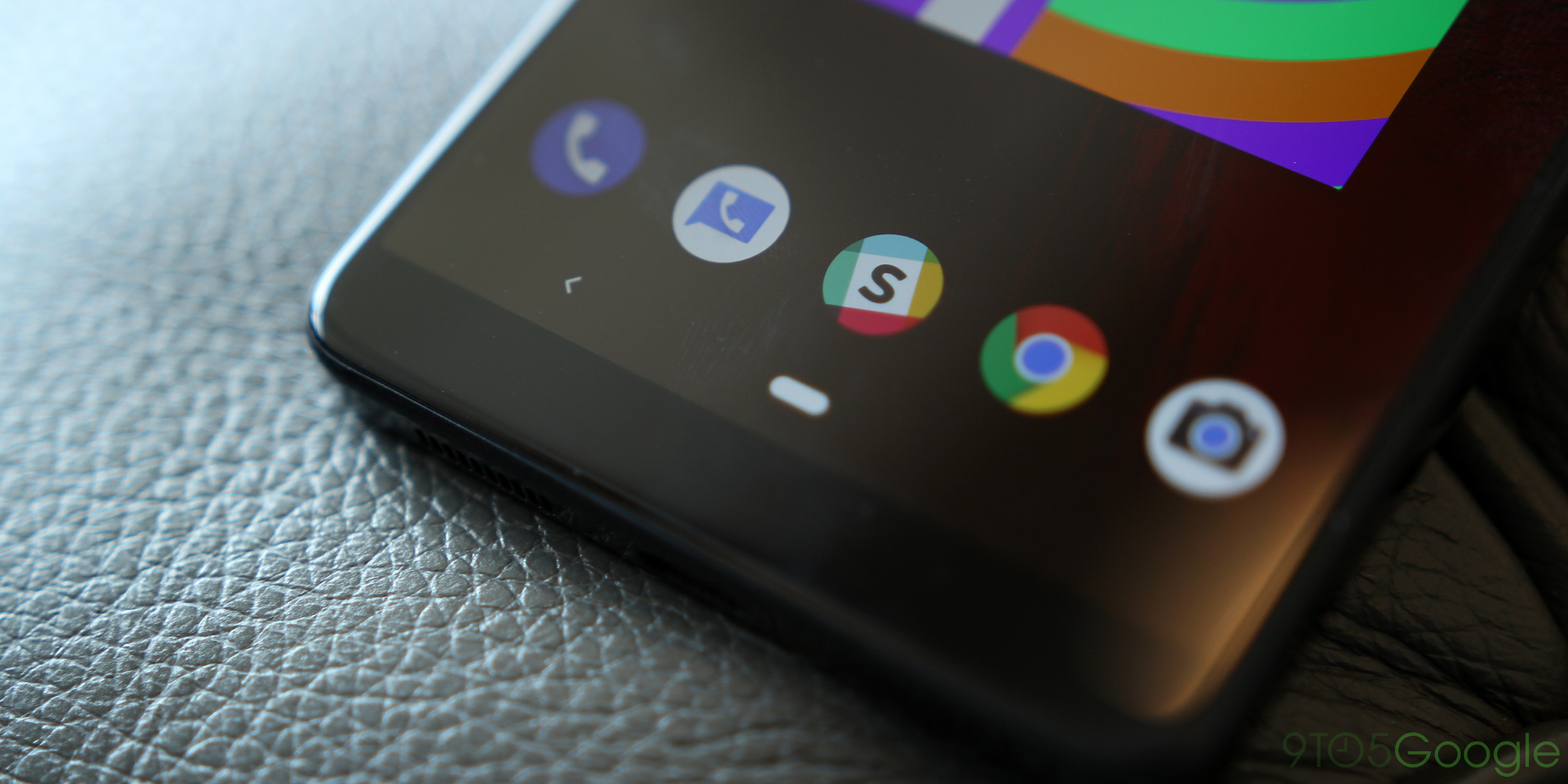 When I first reviewed the Essential Phone, I wasn’t too impressed with the battery life. After a year of updates, things haven’t gotten much better. I can still last a full day on this phone, but that’s about it. Charging over USB-C Power Delivery is also still just as quick, and Pie didn’t seem to break anything there like it did with the original Pixel.

What I will say, though, is that in the time I’ve spent using the Essential Phone on Android Pie, I have noticed that battery life seems to be getting better slowly. This is thanks to Adaptive Battery, which seems to be working in full force on the PH-1. The difference isn’t dramatic so far, but I’ve definitely noticed myself ending the day with a bit more battery than usual. Of course, that’s just based on a couple of days worth of usage, but plenty of Essential owners on Reddit has been reporting similar results.

What would a discussion about the Essential Phone be without talking about the camera?

The dual-camera on the PH-1 was trash when the phone launched, but over time it’s gotten much better. At this point, including every update that has arrived leading up to Android Pie, this camera still isn’t incredible, but it’s also not that bad. I’d never compare it to a Pixel, but when you compare it to any other phone around $500, it’s at least on the same playing field in terms of quality. 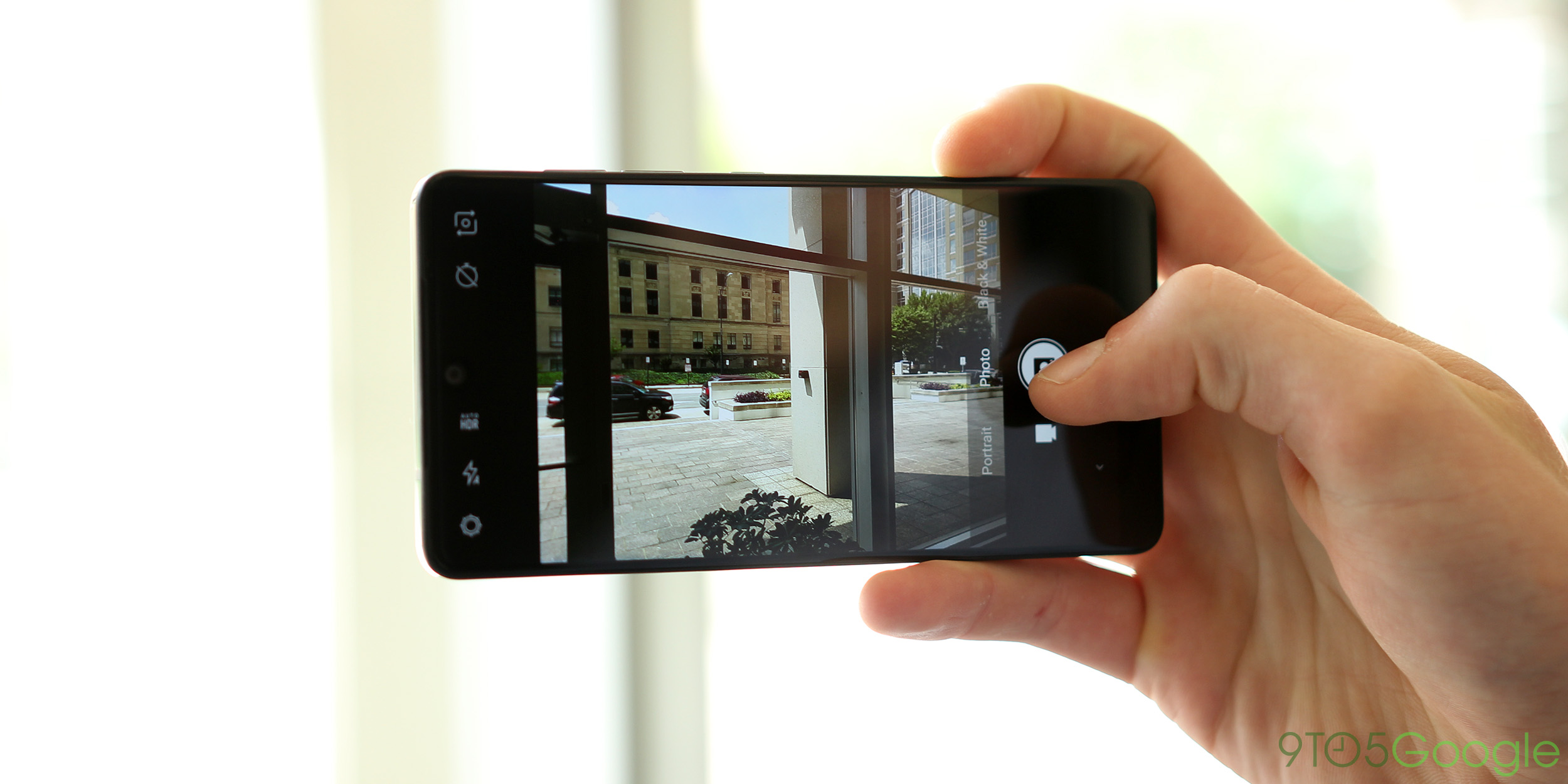 I’ve reviewed the Essential Phone, and then I’ve re-reviewed it when the price dropped and updates arrived. Over the course of a year, I think I’ve reiterated that I really love this phone quite a few times, and now I’m here saying the same thing, again.

The PH-1 is my favorite underdog, even though it doesn’t deserve to be an underdog at all. Essential made a lot of missteps at launch, and it may be paying for those in a huge way that we just haven’t seen yet, but right here, right now, the Essential Phone is a standout in the Android market to me.

Not only is it a great deal even at $500, but when it goes on sale (which again is quite often), it becomes the first phone I’d recommend to anyone. You can go to OnePlus for better performance in a similar price tag, Google or Samsung for better cameras, or even Motorola if you want a bit of both, but there’s not another place you can go today to get a brand new phone that gets updated this well for this price tag, and I think that’s worth giving some extra attention to…