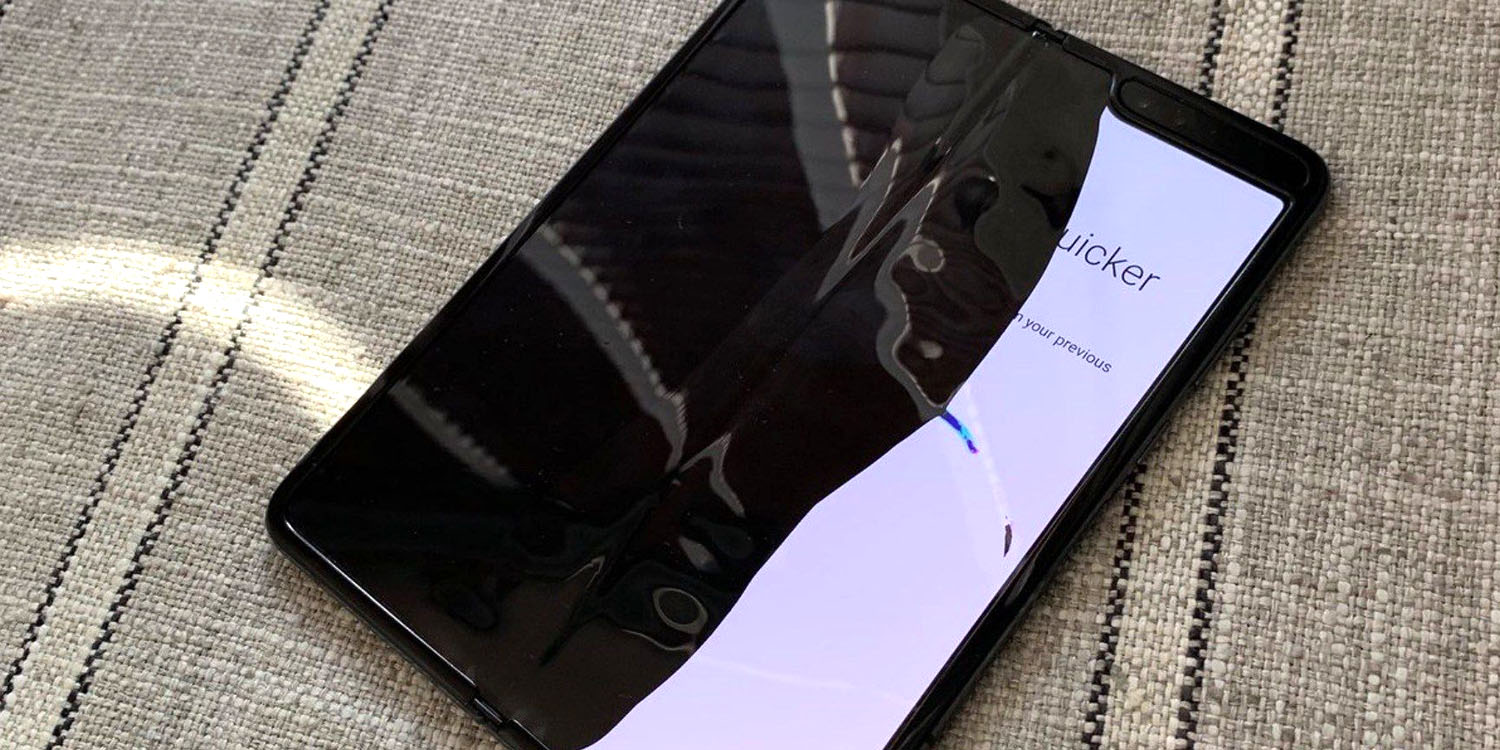 Samsung is cancelling Galaxy Fold orders unless customers confirm that they still wish to proceed despite the screen failures seen in review units.

The company has emailed customers who ordered the device, acknowledging the issues experienced by reviewers, and stating that it will automatically cancel orders unless purchasers confirm that they still wish to go ahead …

For those who do still want to chance it, Samsung says (via TizenHelp) that it can’t say when Galaxy Fold orders will ship.

We are making progress in enhancing the Galaxy Fold to make sure it measures up to the high standards we know you expect from us. This means that we cannot confirm the anticipated ship date yet.

It says customers can cancel their order at any time before the device ships, but if it hasn’t done so by the end of the month, it will cancel orders unless the customer clicks a link to proceed.

If we do not hear from you and we have not shipped by May 31st, your order will be canceled automatically. If you do not want your order automatically cancelled on May 31st you may request that we keep your order and fulfil it later.

Samsung told Reuters that the terms offered in the email are a legal requirement in the US due to the delay, but the report doesn’t explain the basis for this statement. Update: FTC distance selling regulations require companies to deliver pre-ordered products on the promised date, or within 30 days of the order. If unable to do this, orders must be cancelled unless customers agree to wait.

The device was first shown off in February, with Galaxy Fold orders originally due to ship on April 26. Durability concerns surfaced shortly afterwards, the company initially aiming to reassure via a stress test video simulating more than five years of regular use.

Initial reaction was positive, the company stating that pre-orders sold out in a day, but it wasn’t long before the first problems with review units were reported. As more screen failure reports followed, Samsung delayed the launch by ‘at least’ a month, and took back review units.

iFixit seemingly figured out why the screen failures occurred, but subsequently agreed to take down its teardown after pressure from Samsung.

With an apparent fatal design flaw, default cancellation of pre-orders and no delivery date on offer, we have to wonder whether the Galaxy Fold will ever ship.