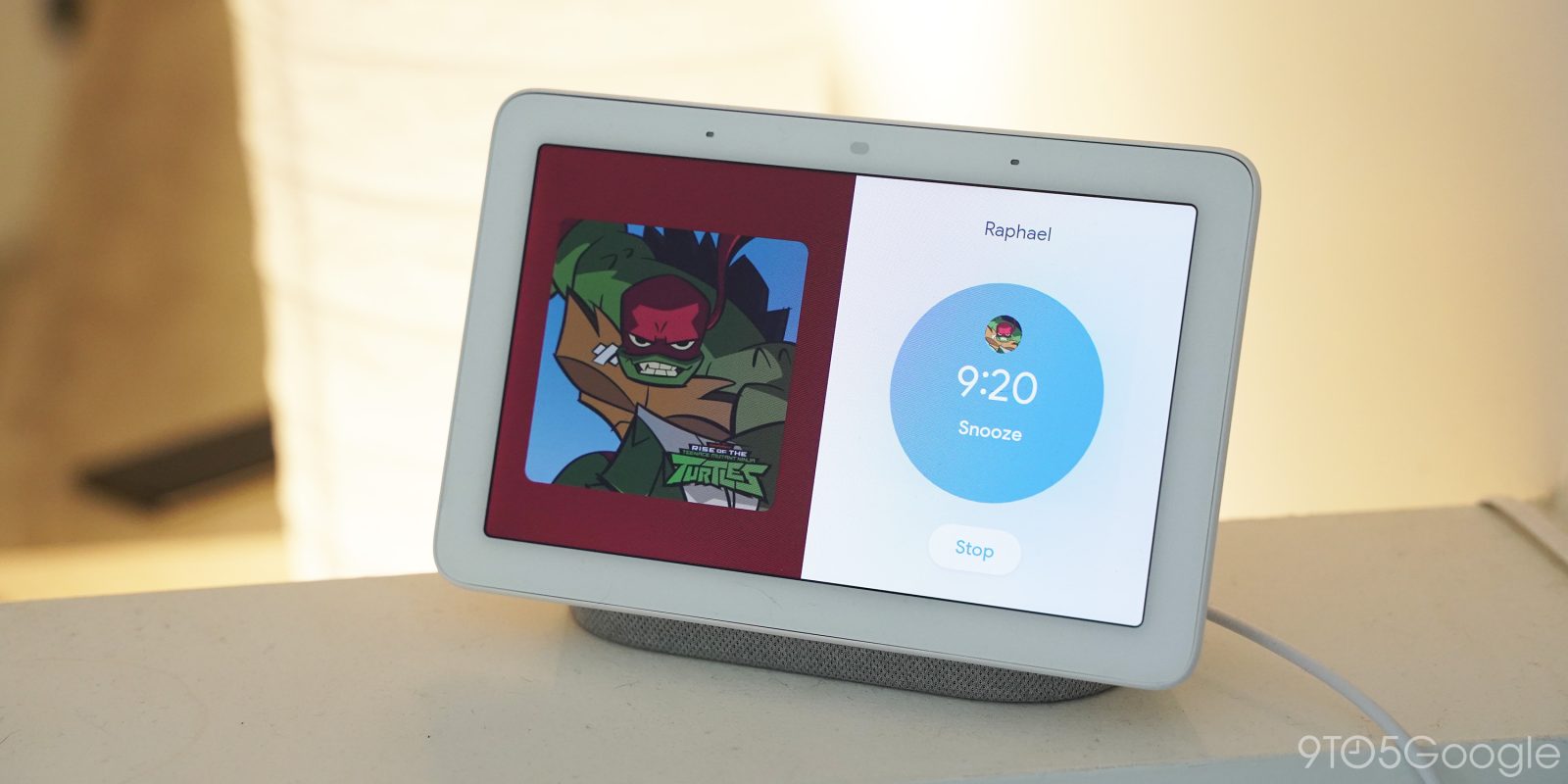 Noted by a Google employee in a brief post over the weekend, Character Alarms are now available for Smart Displays after previously launching on speakers.

So what are these Character Alarms? This is a feature targeted at children and allows users to set an alarm with a handful of popular character that includes both different audio and specialized visuals. Google includes LEGO, Teenage Mutant Ninja Turtles, and Hatchimals in the lineup so far.

Setting a Character Alarm on an Assistant smart display, the Nest Hub as pictured, is as simple as saying “Hey Google, set a character alarm.” The device will then ask you which alarm you’d like to set up. This feature replaces the standard alarm sound that all Assistant smart displays and speakers use, as well as the UI for the alarm itself.

After you’ve stopped an alarm – which still requires the “Hey Google” command instead of solely saying “stop” – these Character Alarms play a brief scene with a special character voice on the smart display.

Exciting news! You can now set alarms with your favorite characters and get custom voices and visuals on Smart Displays in English in the US and Canada. Just say “Ok Google, set a Character Alarm” and the Assistant takes it from there.

This feature already launched for speakers and is now available for your Smart Displays.

For kids, this is a fun way to wake up to their favorite characters for sure. Google says this feature should be available on all products including speakers and smart displays. For now, the feature is region-locked to the United States and Canada.