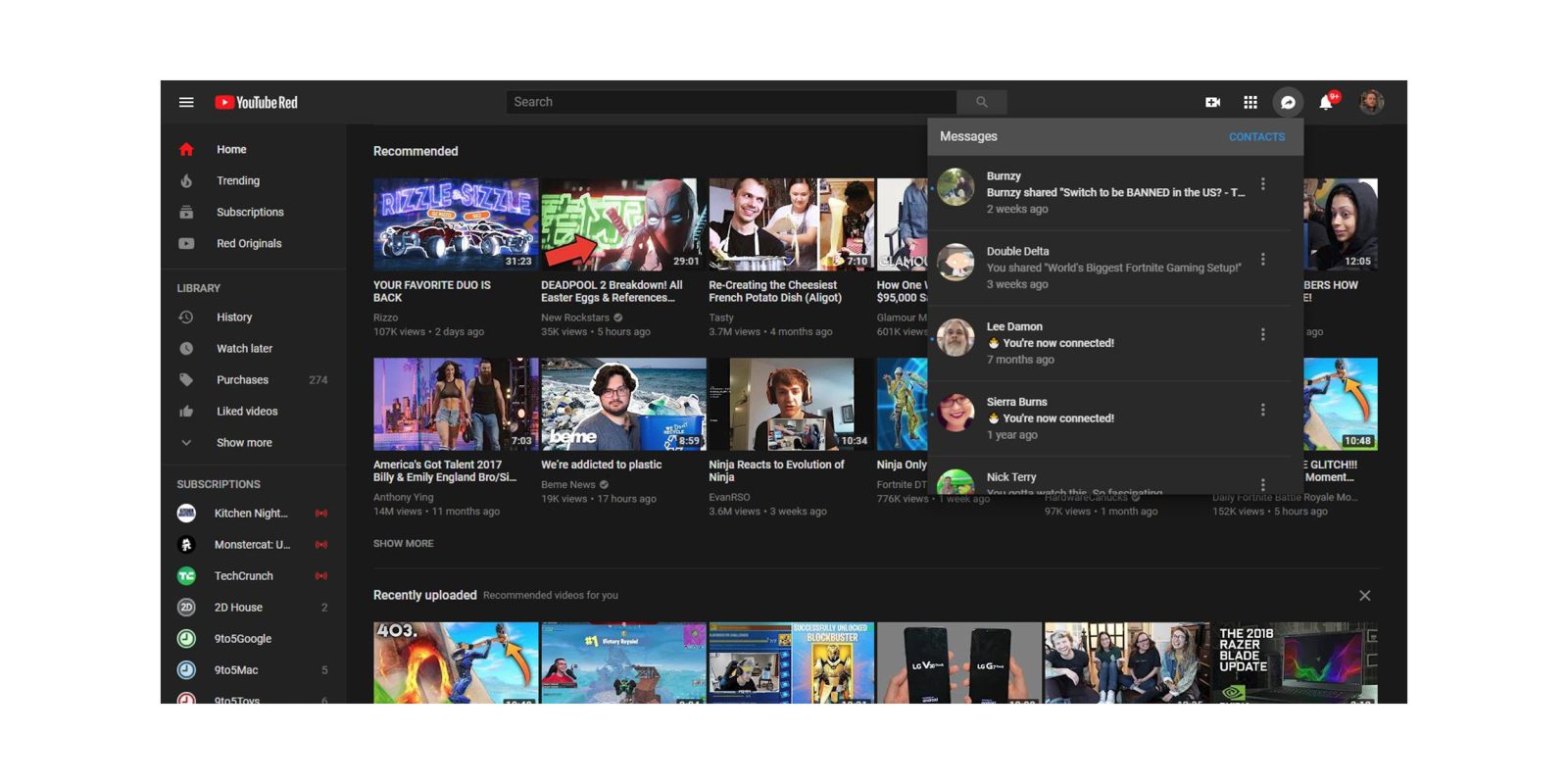 In August 2017, YouTube introduced a “Messages” feature for its mobile apps and later the web. Two years later, the Google video site announced that its killing the built-in chatting functionality next month.

The direct messaging feature is a quick way to share and discuss videos directly on YouTube. It supports both individual and group conversations, with the last major update in May 2018 when YouTube Messages rolled out to the web.

There was no particular standout aspect, but it was integrated with YouTube search and your viewing history for quick video retrieval.

YouTube is now killing the direct native messages feature in favor of public sharing over comments, posts, and stories. The bulk of updates in recent months has been focussed on YouTube Stories for creators to offer an Instagram and Snapchat-like experience that is not as produced as videos. It’s available for users with over 10,000 followers, and beginning to appear in the main Home feed.

Moving forward, the Google video service will “focus on improving public conversations.” YouTube Messages will “no longer be available” on Wednesday, September 18th. This will presumably see the share icon disappear from the top-right corner of YouTube.com, while the Inbox tab on Android and iOS will likely lose “Messages” and just be for channel notifications.

As a replacement, Google simply advises users to share links in other social networks. YouTube killing Messages is unlikely to cause an outcry — unlike Hangouts Classic — with many learning about or remembering that the feature existed today.