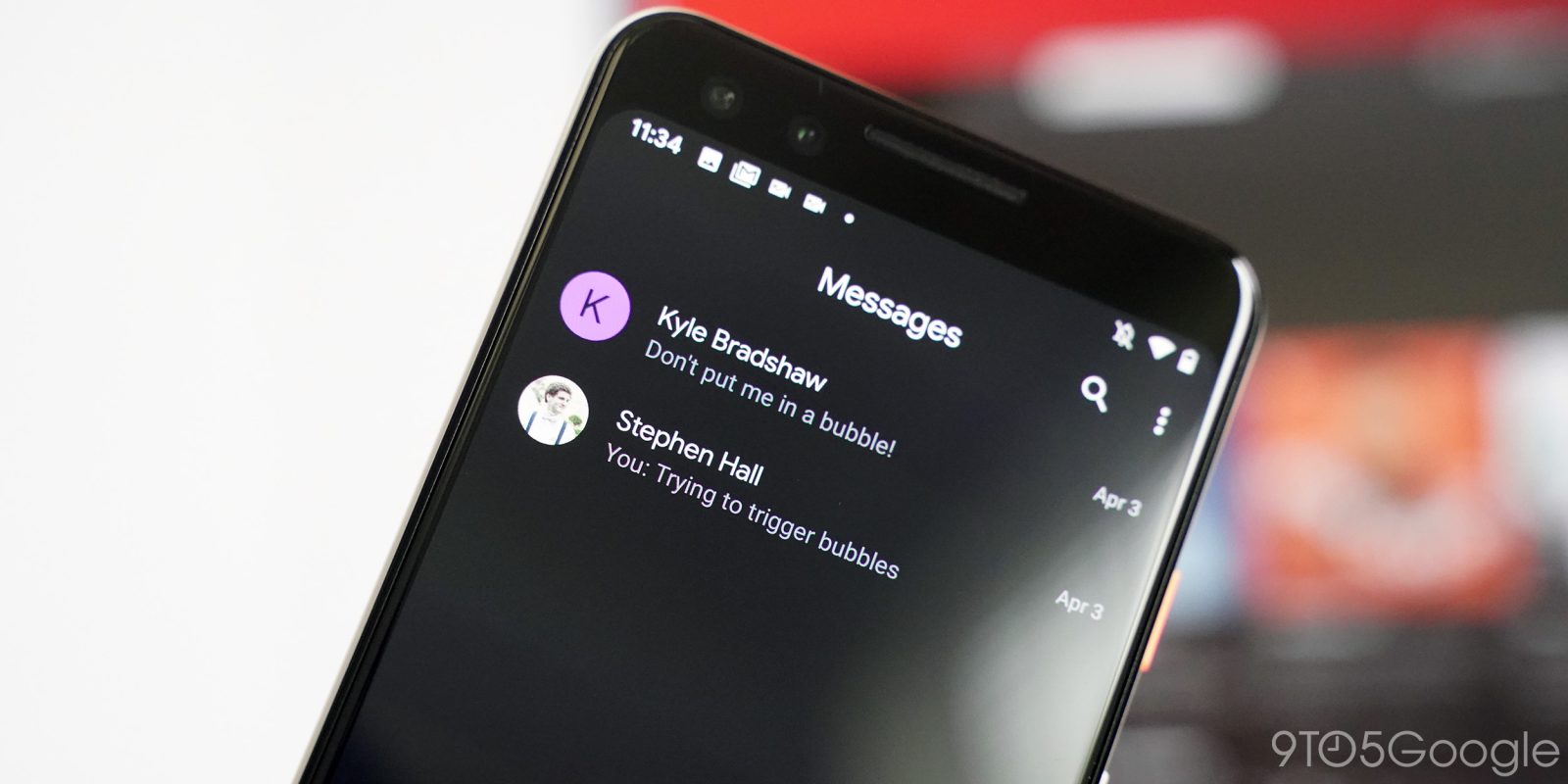 While Google Messages adopted a dark theme relatively early on, its implementation did not match other first-party applications. With the latest beta, Google’s default SMS/RCS client now respects the Android 10 dark theme.

To turn on the night-friendly look, Google Messages in the past required users to visit the overflow menu in the top-right corner and hit “Enable dark mode.” The opposite was achieved by hitting “Disable dark mode.”

This results in a more seamless experience for users following Android 10’s launch at the start of this month. Another step Google could take to offer an even more consistent experience is adding a “Choose theme” menu in Messages settings. “System default” would still let you abide by Android 10, while forcing “Light” or “Dark” regardless of the system become an option.

The first batch of Google dark theme apps, like Google Contacts, have already switched, while all new updates are launching with this implementation, including Google App, Assistant, and Gmail.

One other small visual tweak this version introduces a new Material icon for opening the media picker when in a conversation thread. The new icon better emphasizes how tapping will open your gallery, not just the camera. Google Messages 5.0.055 with the Android 10 dark theme change is available by signing up for the Play Store beta.