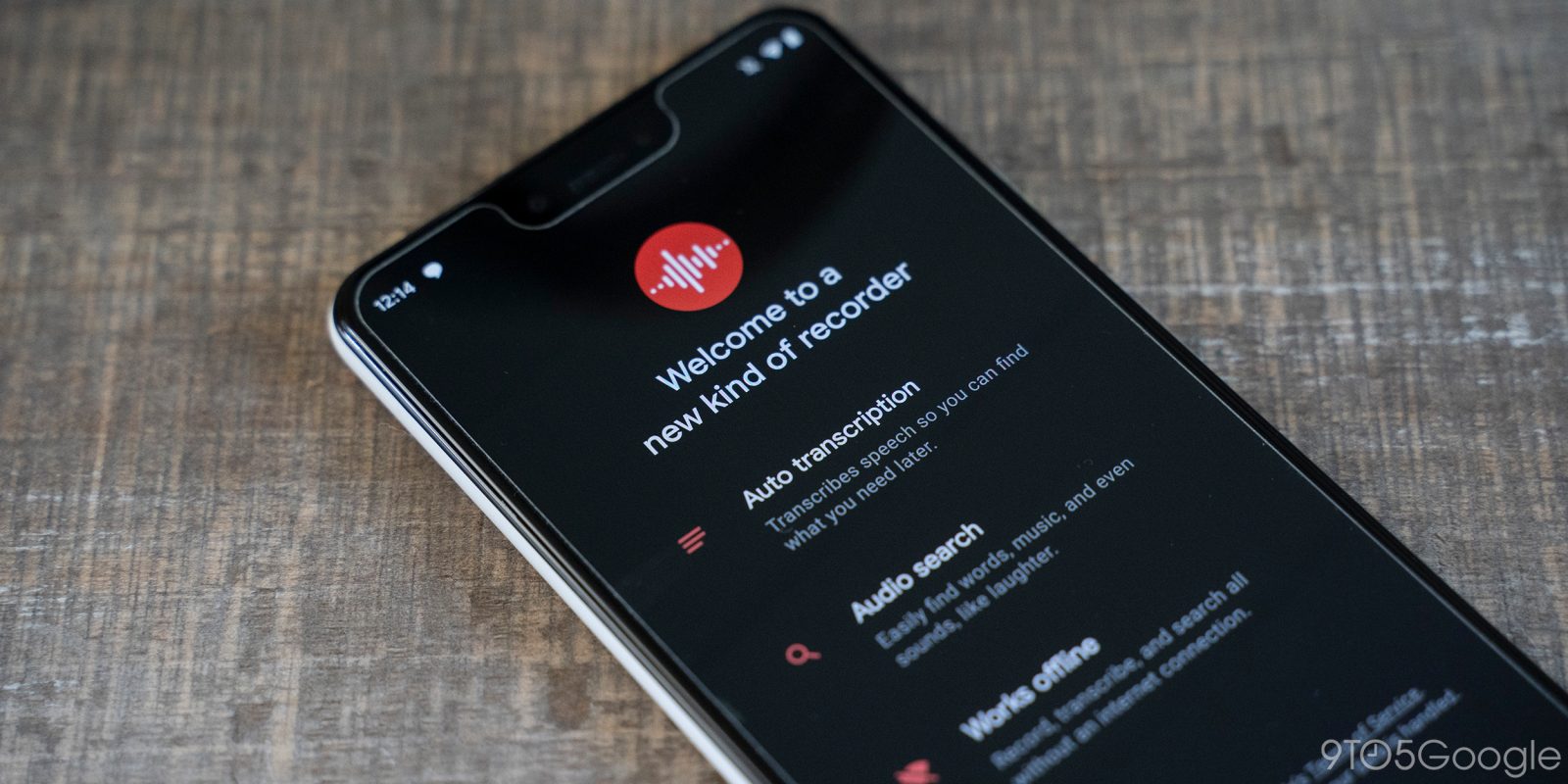 The “Recorder” app from the Pixel 4 in its initial state was incredibly simple when it came to features. It simply allowed the recording, playback, and sharing of voice recordings from your device. However, this first update definitely expands how useful it is.

Google Recorder can automatically create a transcription of the audio it records and even identifies the difference between audio and music. XDA-Developers notes that other categories include applause, some animals, laughter, whistling, and more.

This already makes the app extremely useful for the likes of students who want to record notes from a class. The audio transcription can even be shared as a text file to other apps including Google Drive. Notably, though it only works in English.

The best part, however, is that Google is making these audio transcriptions searchable within the app. One of the Play Store images of the app – which notably shows a Pixel 4 – shows a user searching for the word “design” and the transcription highlighting that term both in the text and the audio itself. It’s clearly pulling on the tech that makes Google’s podcast search possible, except this all runs locally on the phone.

This latest version of the Recorder app was mistakenly sent out via the Play Store but doesn’t seem like it is available to many users. Regardless, the APK is now available. The app is available on APK Mirror if you want to try it out. It should work on almost any Android device.