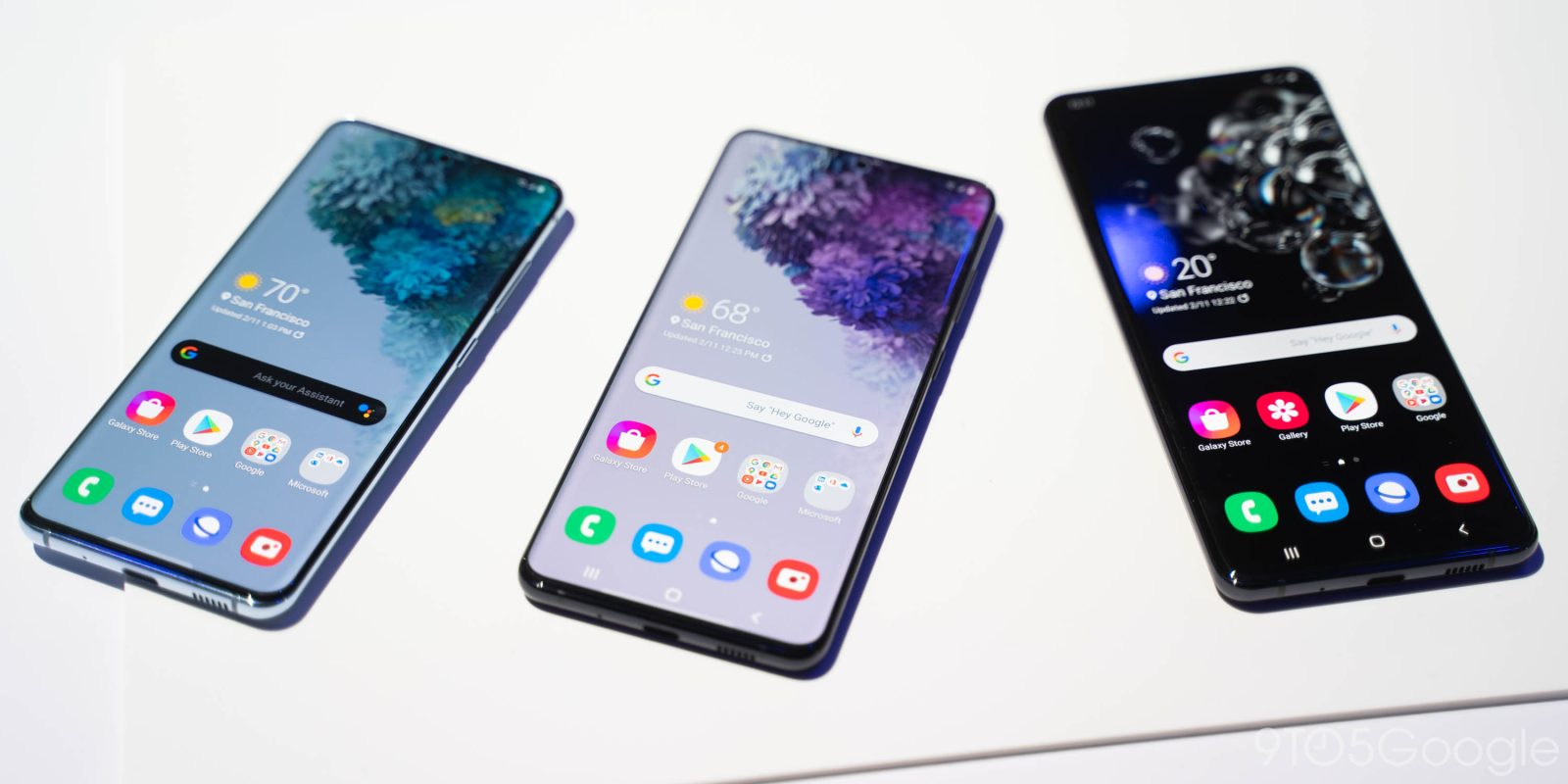 Tom’s Guide has been putting the S20 Ultra through its paces over the past several days and so far, the results on the out-of-the-box settings have been more than respectable. Using it’s default settings, the Galaxy S20 Ultra’s battery averaged just shy of 12 hours — 11:58 to be exact.

This battery test sees the device run from a 100% charge with continuous web surfing over a cellular connection until the phone dies. In this case, that was using the Ultra’s 5G connectivity on T-Mobile’s network. This is notable, too, since the newer 5G radios are more battery intensive, meaning the test would probably have even better results on a 4G connection or WiFi. That 5G connection is probably why the S10+ averaged around 40 extra minutes in the same test.

What’s important to note with this battery test, though, is just how much of a dent the Galaxy S20 Ultra’s 120Hz display makes on the 5,000 mAh cell. Simply switching from the out-of-the-box default of FHD 60Hz to FHD 120Hz sees the device losing nearly 3 hours on this test. 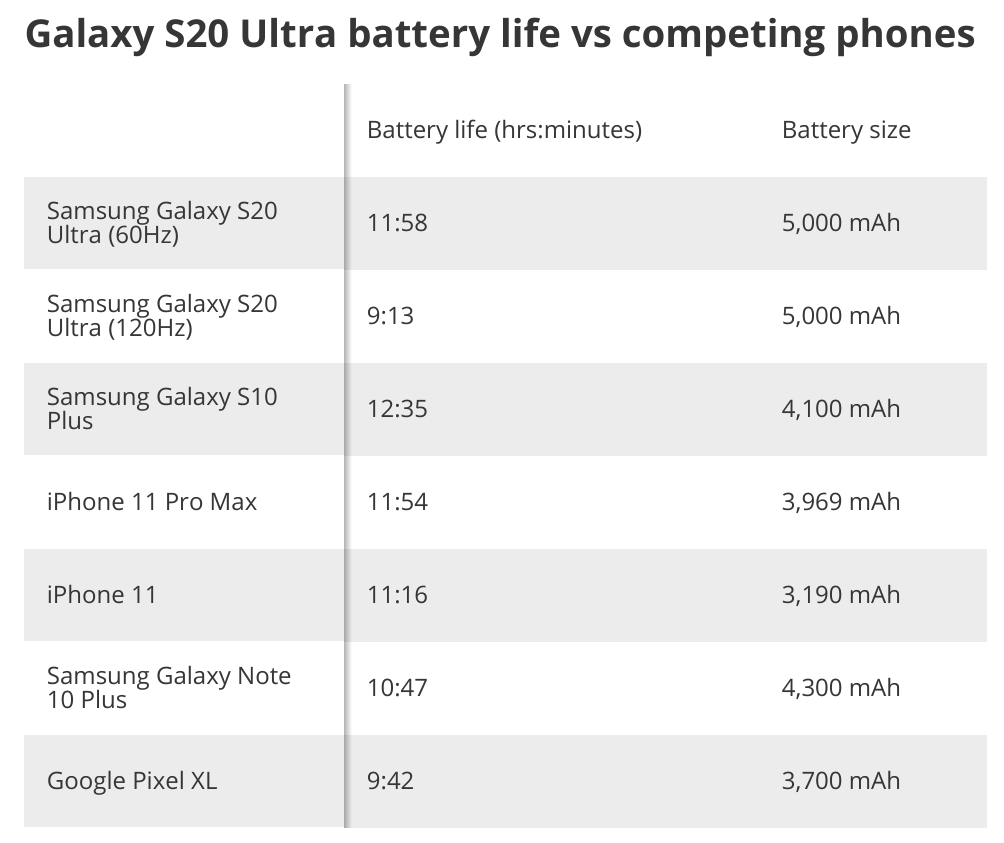 Of course, real-life results will definitely vary since hardly anyone actually uses their phone for 9 hours straight, but it’s clear the 120Hz panel is going to have a pretty big effect on battery life. This is probably part of the reason Samsung didn’t enable the 120Hz refresh rate at the full QHD+ resolution at launch, though that feature is rumored to be coming later.