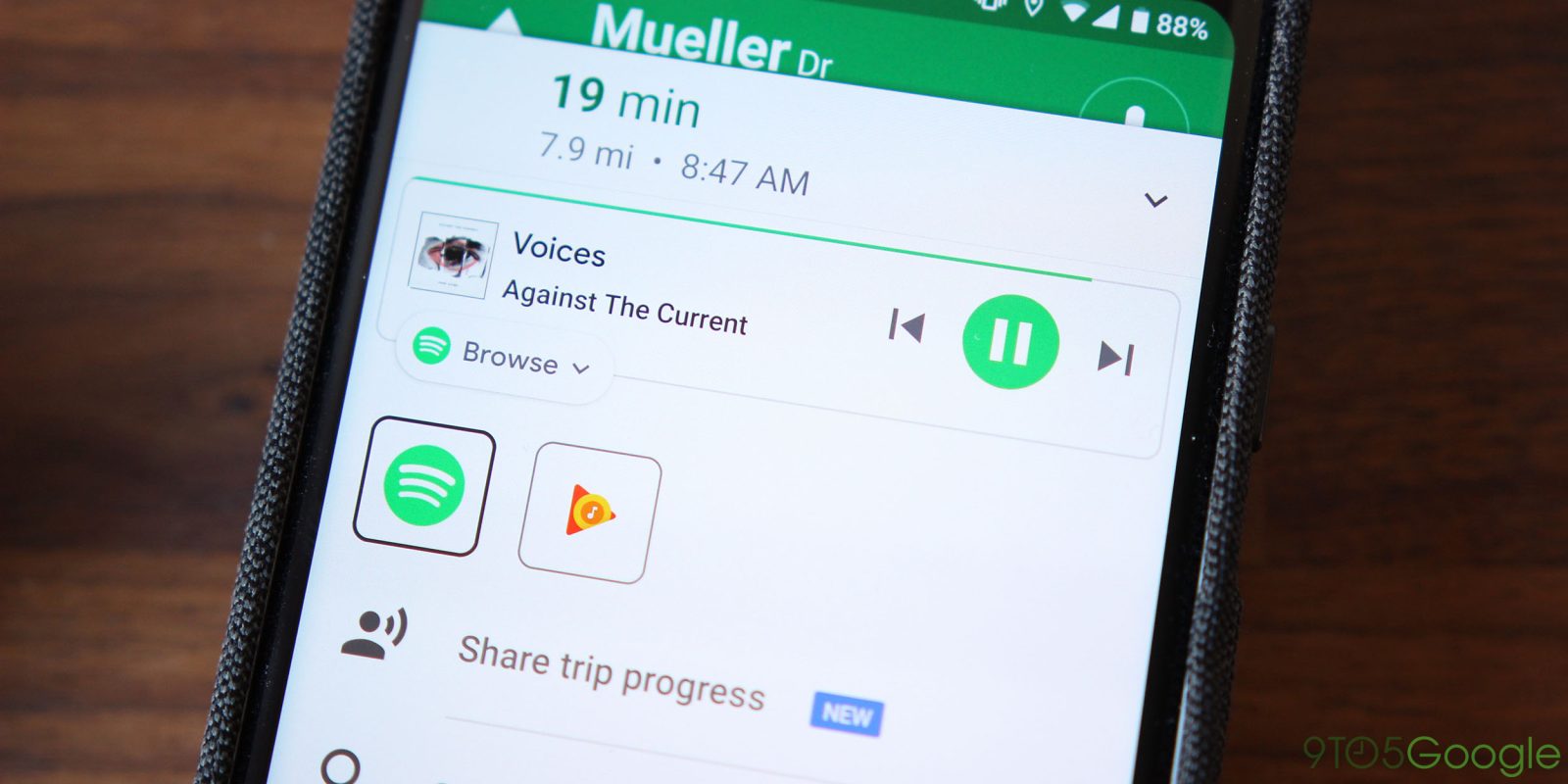 Back in 2018, Google Maps added built-in media playback controls when navigating on iOS and Android. An update this week sees Google Maps finally support YouTube Music on the latter platform.

Google Maps has a fullscreen navigation UI when you’re driving. If music is playing in the background, the responsible app’s icon will appear just underneath the mute FAB. Tapping slides up audio controls that show album artwork, song title, and artist. To the right are buttons to play/pause and forwards/backwards.

Tapping “Browse” will load a grid of recent listens so you can quickly start something else without leaving navigation. There’s also a subtle progress bar on the main screen that’s themed.

This long-awaited integration requires Google Maps 10.43.2, which widely rolled out earlier this week. An up-to-date version of YouTube Music is required, but the added support is primarily reliant on having the latest version of Maps. Google Maps for iOS does not yet support YouTube Music.