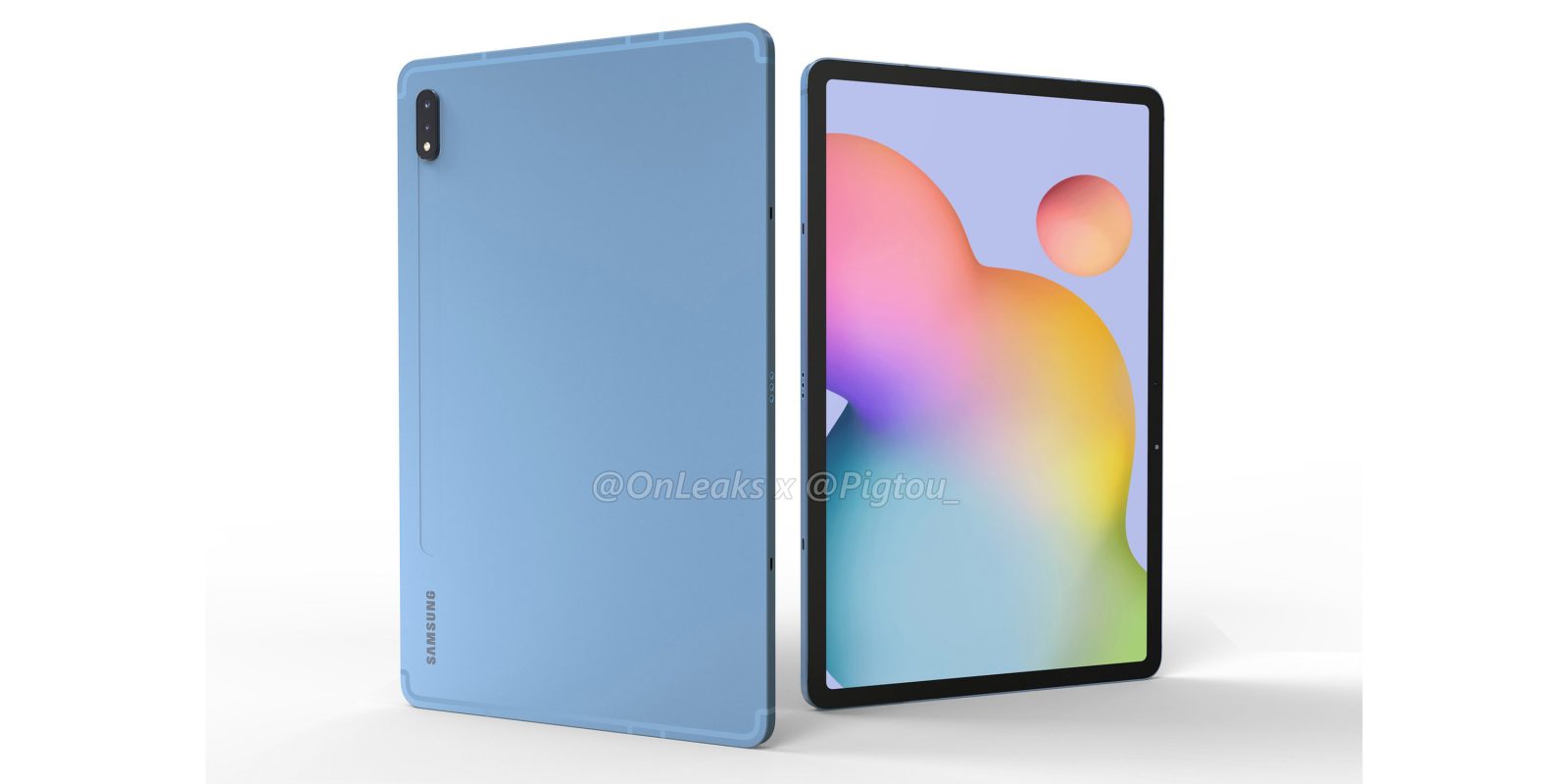 In a world where good Android tablets seem harder and harder to come by, Samsung is one of the few exceptions. Thanks to some leaked renders we now have a good idea of what to expect from the upcoming Galaxy Tab S7.

These leaks have come courtesy of @OnLeaks and newcomer Pigtou, with the 3D renders looking more or less as you’d expect a tablet to at this stage of 2020. While we tend to see more divergence in our smartphones, tablets are much more difficult to differentiate.

We’re softening you up here, as the Galaxy Tab S7 renders effectively showcase a large display with side bezels, and dual rear camera setup. It’s all very “iPad Pro” but with some Samsung flair thrown in for good measure. You can also see that there appears to be a minor tray at the rear for magnetic clasping of the S-Pen accessory.

Mr. @OnLeaks also managed to throw in some dimensions, so at least you’ll have a good idea of if the Tab S7 will be the right tablet for you. It should measure up at around 253.7mm x 165.3mm x 6.3mm. For those interested — you should be — this means that the Tab S7 will be ever so slightly larger and thicker than the 2020 11-inch iPad Pro model. The protruding camera module at the rear increases the thickness to 7.7 mm.

If you can spot any major improvements or changes on the Tab S7 compared to the Tab S6, then you’ve got a better eye than I. However, we imagine the upcoming tablet will have some bumped internals and potentially an updated version of One UI to dive into when it launches alongside the Galaxy Note 20 series at some point in August.

Are you excited for the Galaxy Tab S7? Let us know down in the comments section below.