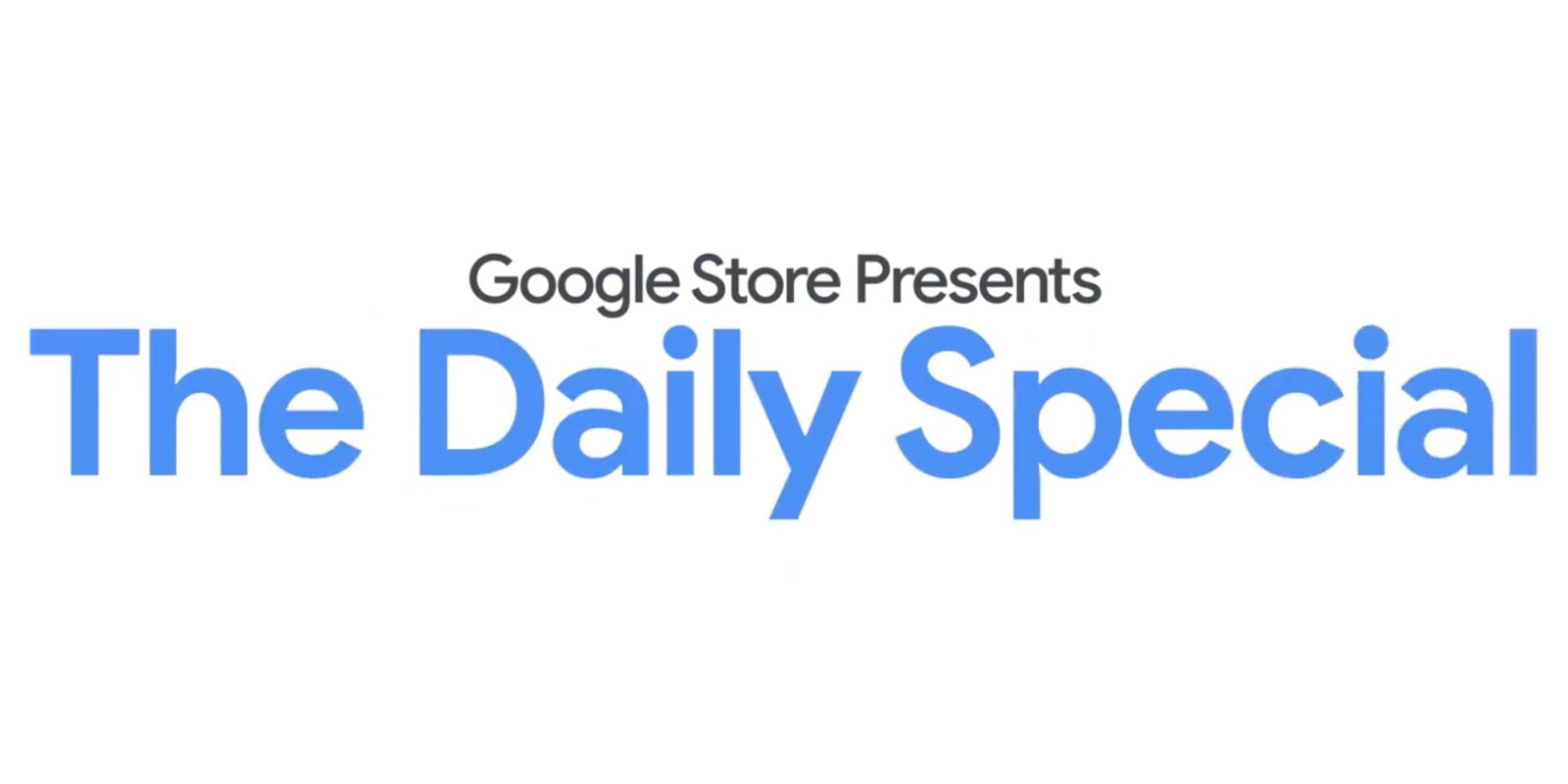 The “something special” teased by Google over the weekend is a month-long series of deals. Fred Armisen is the face of the Google Store Daily Special with various skits showing off various Assistant devices and how they are helpful.

For the next month, there will be a “Daily Special” on a Made by Google product in the US Google Store. The site’s top navigation adds a new section that previews what’s coming next, while there’s free two-day shipping by entering this code — GOOGLESTORE2DAY — at checkout.

The company is partnering with Fred Armisen of Saturday Night Live, Portlandia, and Documentary Now! fame. The comedian plays all the characters in this series with funny voices, costumes, and elaborate wigs. Each product has an angle with the Nest Mini being called “The Nest Meditation Guru.”

We’ll be keeping a running list of all the deals, so be sure to follow and bookmark this page:

The fourteenth Daily Special is actually just the first and the tenth: $20 off a Nest Mini 2-pack. This is the third repeat with buyers only paying $78 (instead of $98) until August 5. Google calls it the “Homework Helper.”

Last month, the Google Store integrated paying and scheduling for professional Nest installations during the standard checkout process. The twelfth Daily Special discounts the “professional installation by pros from the Handy network.” Instead of $99, you save $50, though the Nest Hello is still $229. The video doorbell is referred to as a “Fresh Duds Delivery Notifier,” and available until August 3.

The tenth Daily Special is actually just the first: $20 off a Nest Mini 2-pack. This is the third repeat with buyers only paying $78 (instead of $98) until August 5. Google calls it the “Happy Place Playlist Player” and prominently touts Spotify integration.

The seventh Daily Special nets you a free Nest Mini when buying a 3rd-gen Nest Learning Thermostat. There is no direct discount on the $249 unit, but you do get a $49 smart speaker for free. This “Climate Acclimator” — until July 27 — is available in seven finishes: Stainless Steel, Mirror Black, Brass, Polished Steel, White, Black, and Copper.

The fifth Daily Special is actually identical to the second. Google is again advertising — with a new tagline: “What Day is It Reminder” — $75 off a Nest Hub Max 2-pack at $383 instead of $458. Like the Tuesday deal, it will be available until July 23 with no extension as of yet.

The Nest Wifi point, available in Snow, Mist, or Sand, doubles as a smart speaker, while the 7-inch Smart Display comes in four colors. This deal ends on July 21.

The 10-inch Smart Display was announced last year at I/O 2019, but did not launch until September. Besides the bigger screen for watching videos and TV, there are stereo speakers and a 3-inch woofer. The camera comes as Google just launched Duo and Meet group calls, while it doubles as a security camera and has Face Match verification for a more personal Assistant experience.

The first Daily Special on the Google Store is $20 off a Nest Mini 2-pack. Normally $98, it will cost $78 until Sunday, July 19 at 11:59 p.m. PT. As of midnight Pacific, the deal can be manually purchased by adding two to your cart, and it’s also listed on the Mini’s product page with a special URL:

Announced at Made by Google 2019, this is the company’s newest Nest product. It looks identical to the first-generation, but touts 2x stronger bass from a 40 mm driver and “improved voice recognition” with 3 far-field microphones. It’s powered by a quad-core 64-bit ARM CPU at 1.4 GHz and a “high-performance ML hardware engine” for more on-device processing.

As you approach, the LEDs automatically turn on to show the volume, while the Nest Mini can be mounted on the wall with an integrated mount/groove on the underside. As part of an environmental push, the fabric cover — available in Chalk (gray), Sky (Blue), Coral (orange), and Charcoal (black) — is made of recycled plastic bottles.