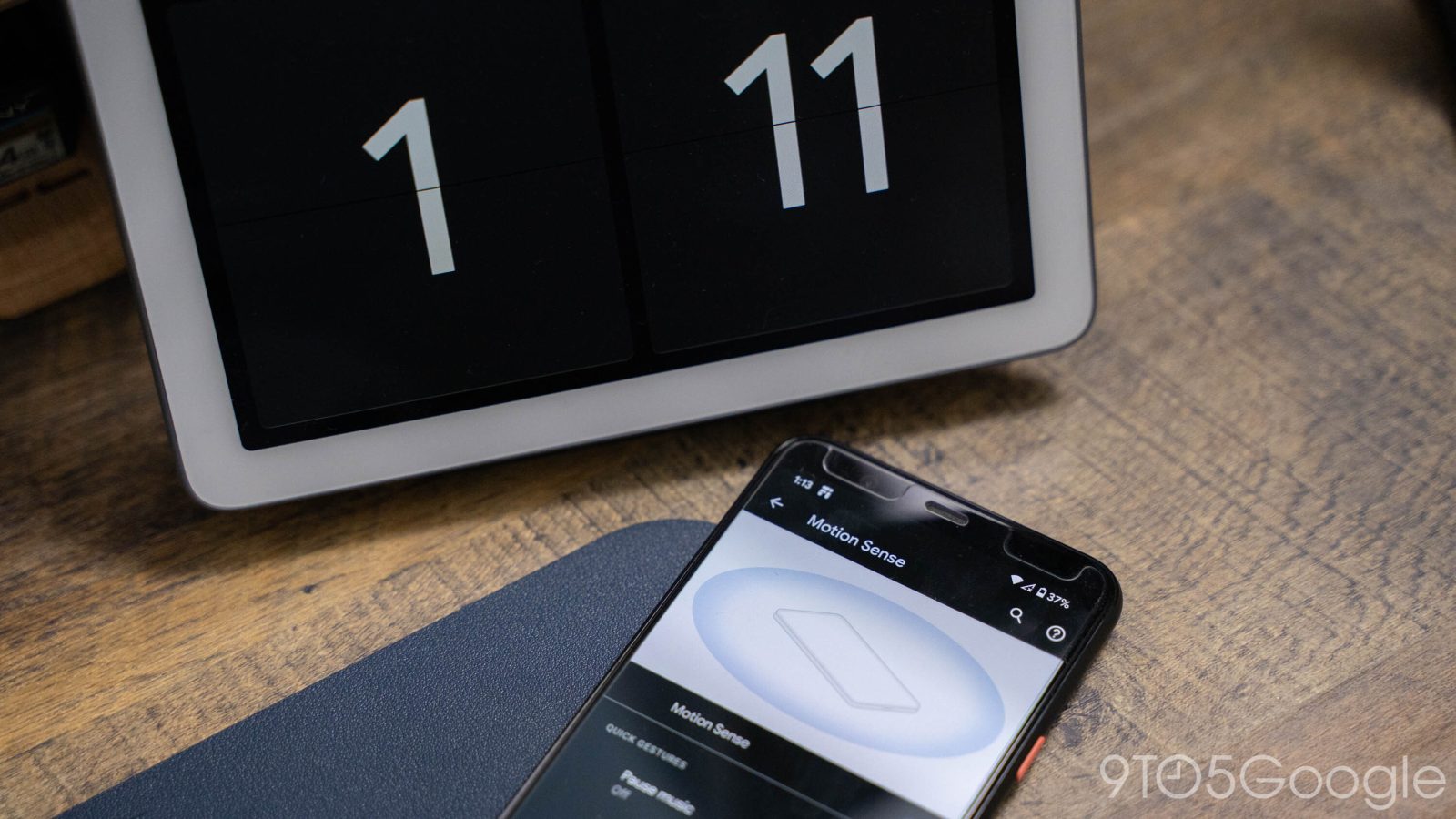 Google is planning to release a new Nest Hub in 2021, sources familiar with the matter tell 9to5Google. This upcoming Smart Display will feature sleep tracking powered by the company’s Soli radar technology.

Google’s Advanced Technology and Projects group first unveiled Soli in 2015, but it did not launch on a consumer device until 2019. The sensor lets you perform air gestures over the Pixel 4 to play/pause and skip/rewind tracks, as well as snooze alarms and silence phone calls. It’s also used to speed up face unlock by detecting when users reach for their phone and turning on the components needed for recognition. Third-party Android developers can incorporate the tech, which emits radar waves, into games and other interactive experiences. Meanwhile, the new Nest Thermostat also leverages it for improved motion sensing to wake the screen when you walk by.

Soli will soon be used to track sleep. Embedded into this upcoming Nest Hub, Google is embracing how Smart Displays are often placed on bedside tables as alarm clocks and speakers. The original Nest Hub is more likely to be used in sensitive areas since it lacks a camera, with sleep tracking serving as another incentive to place this device on your nightstand.

You can already ask Google Assistant, “How did I sleep last night?” or “Show my sleep summary” if a compatible service is linked. This feature was introduced for Fitbit’s latest smartwatches late last year, but could also be for this native sleep tracking capability.

This health focus — joining smart home control, media playback, and help/answers — for the Nest Hub comes amid reports that Amazon is also working on a consumer device that uses radar to track sleep apnea. Business Insider just reported that the gadget will monitor breathing patterns and can detect subtle movements.

The FCC filing at the start of this week revealed that the Soli sensor placed in the Nest Hub will have technical capabilities identical to the Pixel 4. Google has long touted precise and fine gesture recognition, like spinning a virtual dial or adjusting a slider. This should translate to detecting any body movements you make at night. For comparison, the Nest Thermostat uses a more limited version of Soli to detect general motion.

It’s possible that Google will also use Soli on this Nest Hub for gestures to control content. The Nest Hub Max today already uses its camera to play/pause tracks when you hold up a hand.

How Google will position this device in its Smart Display lineup remains to be seen. It follows the original in 2018 and bigger 2019 version that added video calling capabilities. The 7-inch Nest Hub is currently priced at $89.99, while the 10-inch Hub Max is $229. There is room for a device in the middle, with Google likely wanting to retain the affordable model for a while longer.