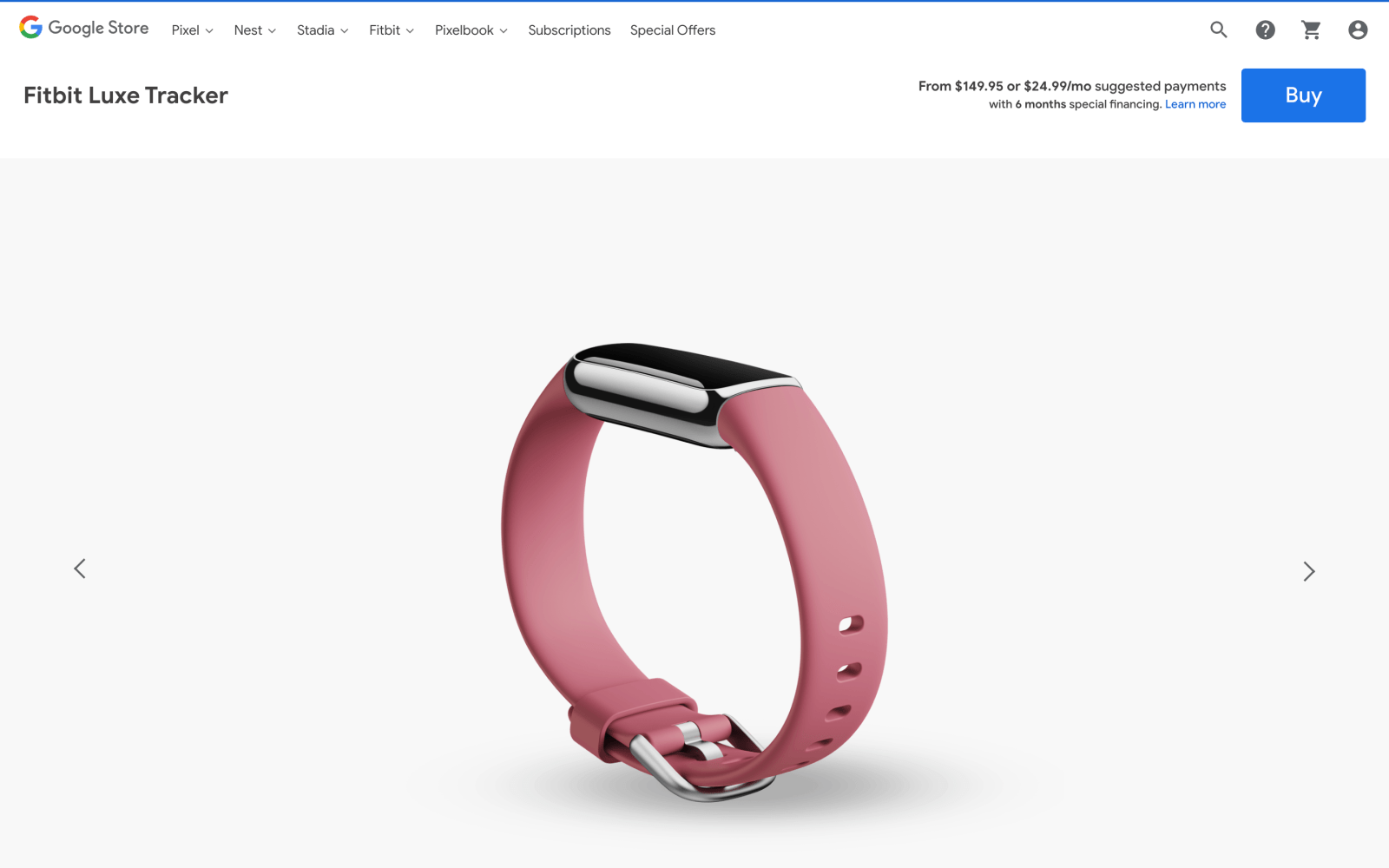 The Luxe is Fitbit’s latest tracker but the first with a color screen after years of white/blue against a dark background. There are no buttons for a truly solid-state device with everything handled through taps, while there’s a vibration monitor for feedback and the alarm.

The UI is more similar to smartwatches than past fitness trackers. A swipe up lets you see stats, while going down shows key controls like Do Not Disturb (DND), sleep mode, manual/auto screen wake, and water lock, as well as the settings app. Swiping left/right lets you access “apps” for Notifications, Exercise, Relax (guided breathing), Alarms, and Timers.

Sensors include a 3-axis accelerometer, optical heart rate monitor, and red and infrared sensors for oxygen saturation (SpO2). The housing is made of stainless steel to mimic a chic bracelet with Fitbit going hard after this “jewelry design” market.

Battery life is rated at seven days with a magnetic charger that’s obviously different from all past units, while it’s water resistant up to 50M for swimming.