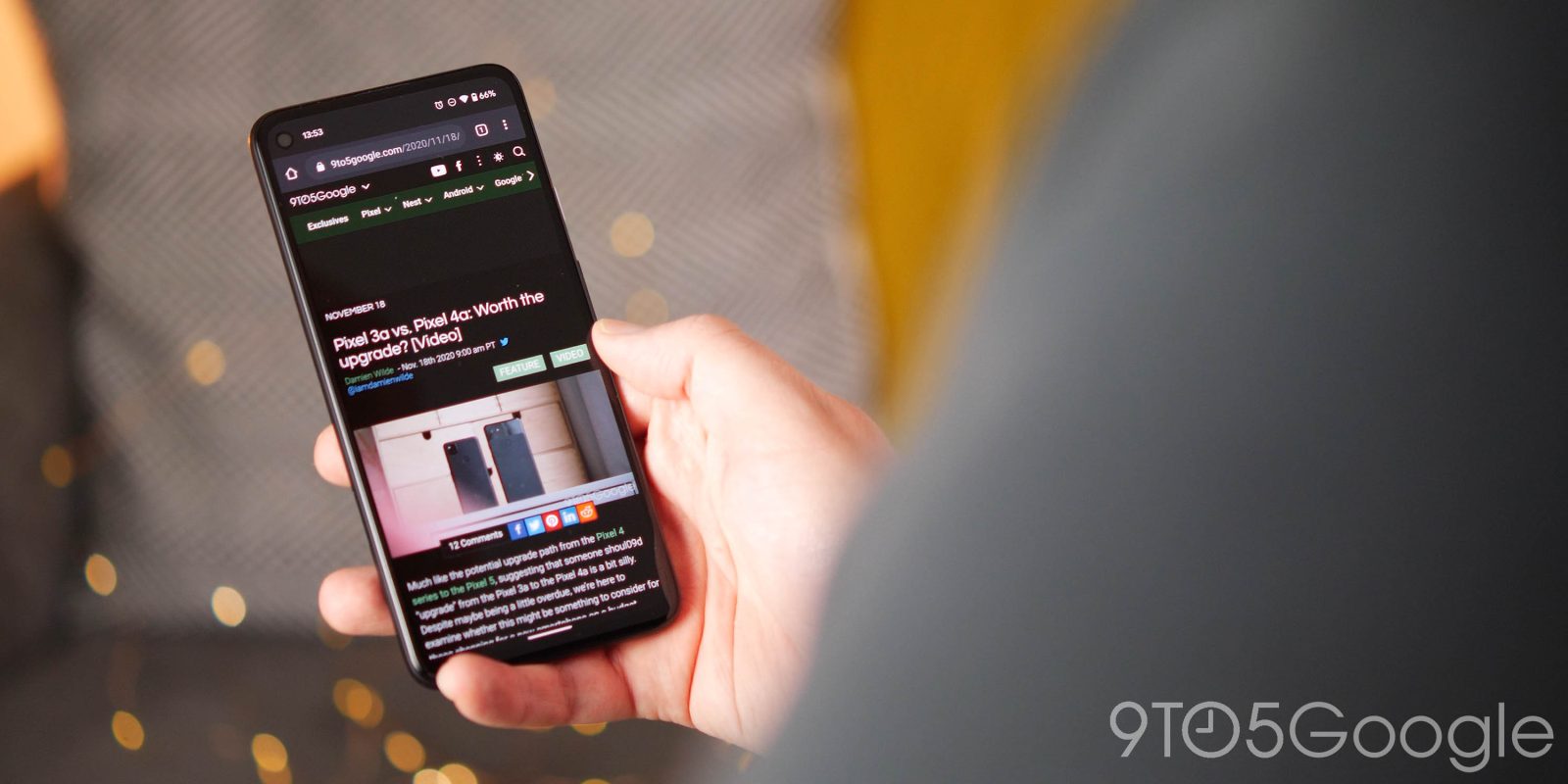 Chrome 93 is rolling out as a quieter release than usual on desktop and mobile today. However, a small tweak in Chrome for Android sees Google switch the dark theme to a darker shade of gray.

The app and system status bars are where you’re most likely to notice this change. It’s also apparent (though less so in screenshots, compared to on-device viewing) in the Tab Switcher grid and settings, as well as the New Tab Page (NTP).

This darker shade (#1F1F1F) is closer to black, while Chrome previously opted for a gray hue (35363A) that had some bluish undertones. Google has also ever so slightly altered the Omnibox’s color as a result of the main change, with the overflow (three dot) menu and gesture bar following.

Meanwhile, on the NTP, Google no longer uses white outlines for certain elements and is just using color to distinguish between the background and elements .

The browser is expected to get some Material You updates in the future, and today’s change could be getting ready for that but Chrome users on older devices will also benefit from these color tweaks. The dark theme alterations are live on Android 11 and 12 devices we checked today running Chrome 93, which is rolling out now via the Play Store.

Meanwhile, Google today invited those on Android to test the ability to create shareable text highlight cards and a new search feature.